I don't think I've ever posted about the Sears Norwood model... and here, we have one that was recently for sale, and in really nice, renovated condition, in, of all places, Paris! Paris... Kentucky. Last August, I featured a Sears Silverdale in Paris, Kentucky, and the only other two Sears houses that we had on our national database, in Paris, were two Norwood models, side by side, on Massie Avenue... both in original, but rather tough condition. Now, sadly, only one remains. But, it has been nicely renovated, keeping much of the remaining detail. Care to see?
The Norwood was first offered in 1918, and I should note that we have come to realize that the Norwood had a slight change to the floor plan, beginning in 1921. In 1925, an additional window was added to an upstairs bedroom. Here is a comparison between the 1918 and 1925 layouts:
We can tell by this, that the Norwood here on Massie Avenue is from 1921 or later. The added fireplace puts a chimney right about where the side window on that upstairs front bedroom would be, so we can't tell whether the house is pre-1925, or post-1925.
One thing I love about the Norwood, is the placement of two nice, big windows, on either side of the front door. Several Sears models include this design element (the Conway/Uriel, the No 126 ) or even a pair of windows on each side of that door (the Oakdale bungalow--here's another one, in Kansas). The Wardway homes Florence model is a little, straight-line bungalow that is opened up nicely by the addition of that feature, too. 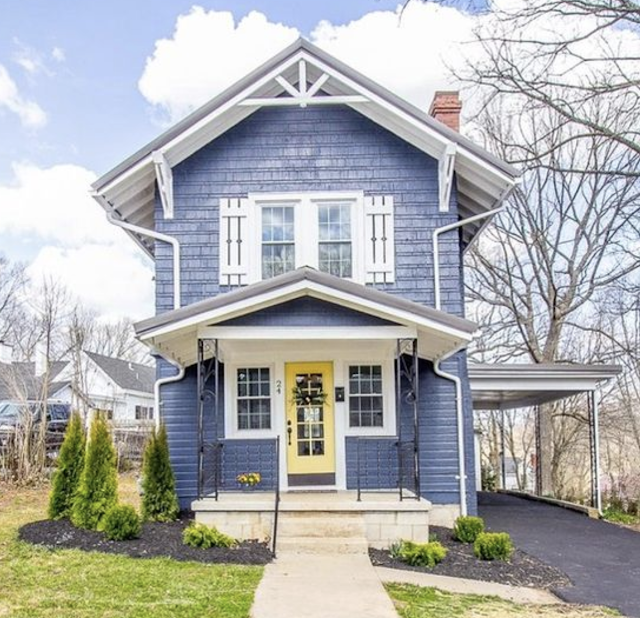 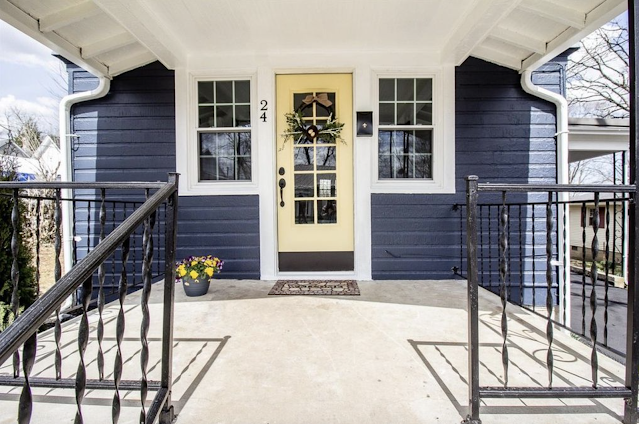 One of the changes shown on the floorplan, between 1918 and 1921, was a difference in the amount of steps leading up to the first landing of the staircase. The earliest floor plan shows only one step, and the later version has three, as you see on this house. The staircase newel is one that we see in the early building supply catalogs, but that we don't encounter regularly in Sears houses that we find:

This side of the Massie Avenue Norwood, shows how it matches the window and back-porch we see, shown on the 1928 catalog image of this model:

Let's take a look at the rest of the real estate listing's photos. If you compare them to the catalog's floor plan, you'll see that doorways to closets and staircases, as well as openings between rooms, and windows, all follow the second version of the floor plan. While it's always sad to see original wood flooring replaced with laminate, we are still really pleased to see that so many original features are still in place: original doors, original Stratford model door handle hardware, original craftsman style trim from Sears, and even original Sears butterly-style half-mortise butt hinges! 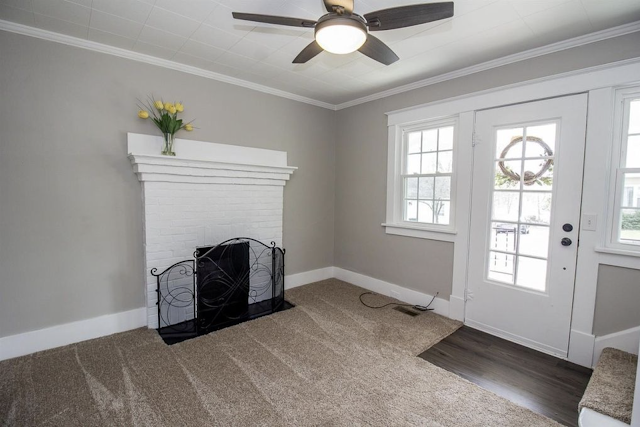 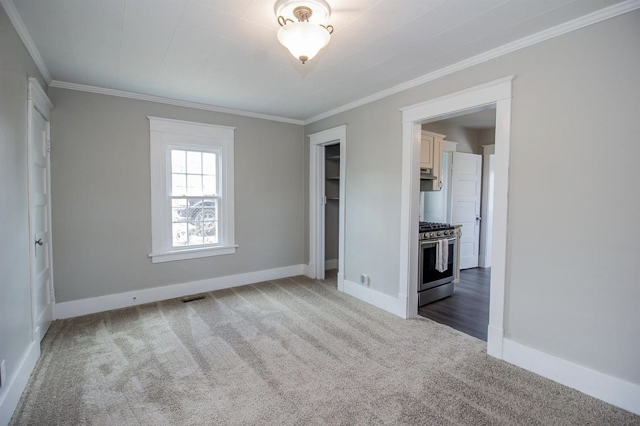 This is known as the Molded Cap craftsman trim, and here it is in the 1929 Sears Building Supplies catalog: 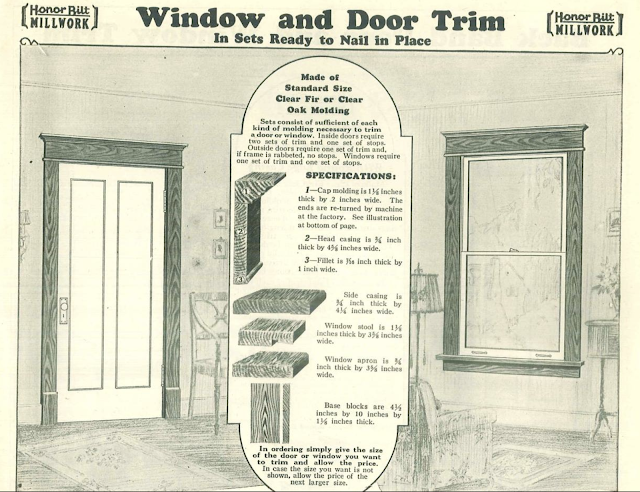 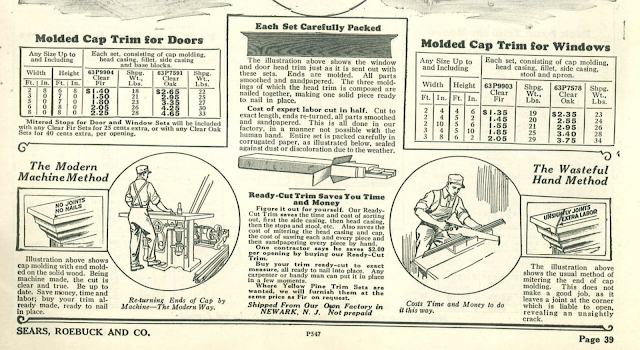 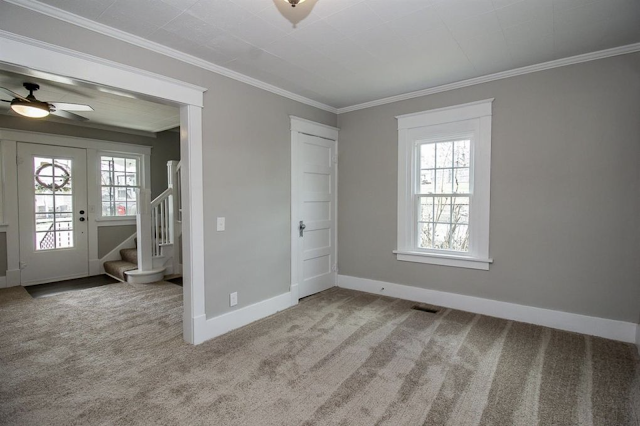 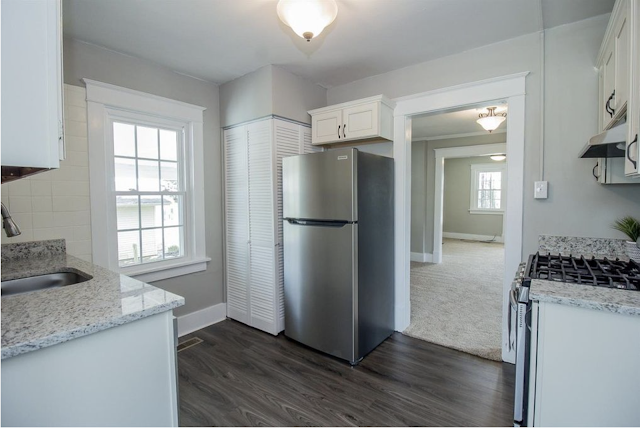 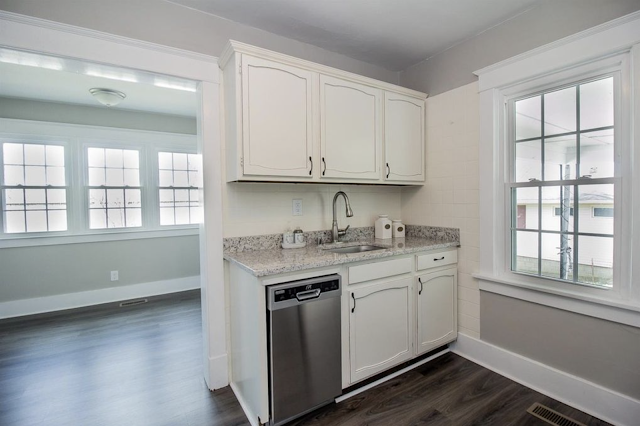 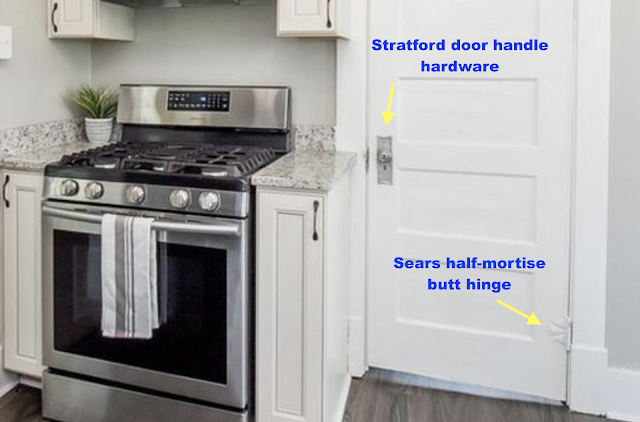 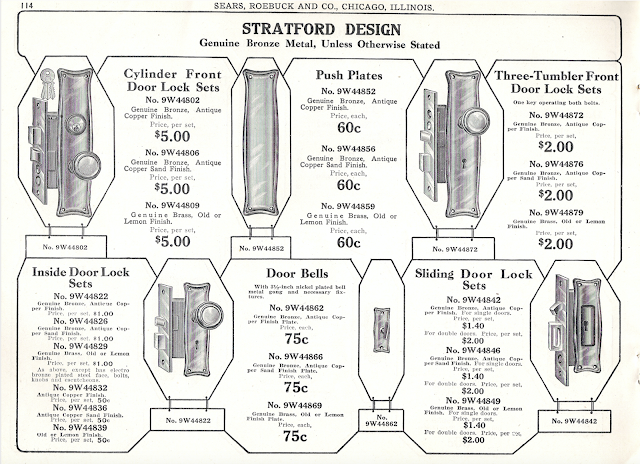 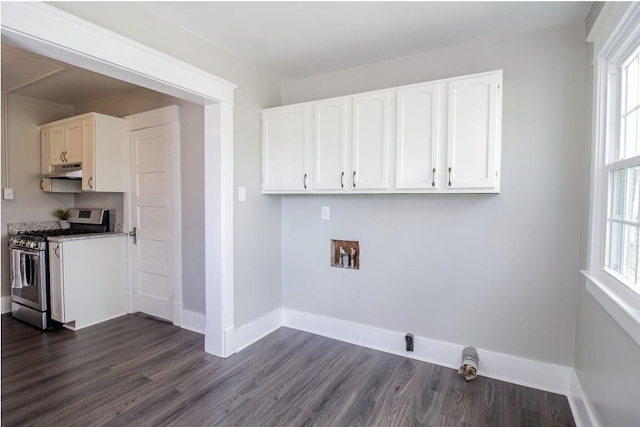 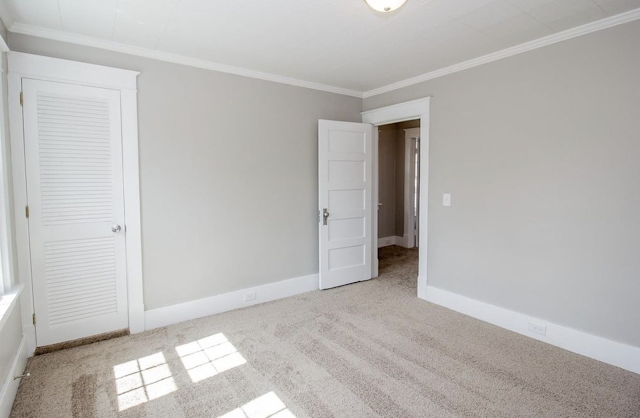 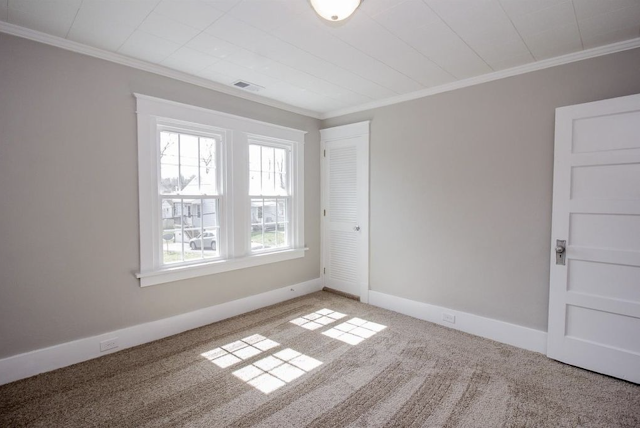 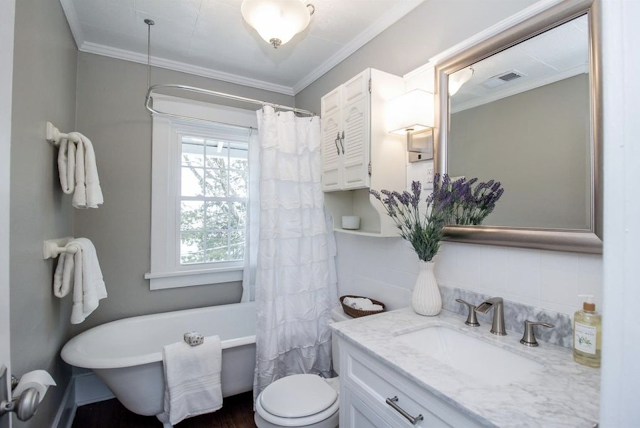 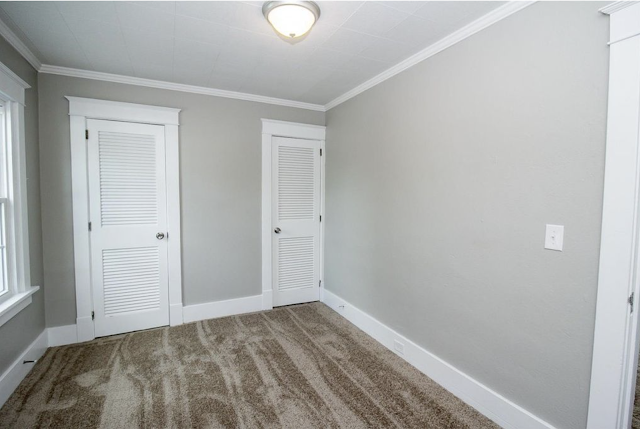 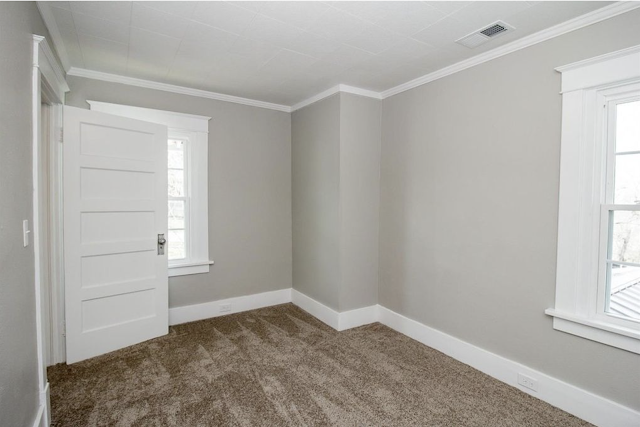 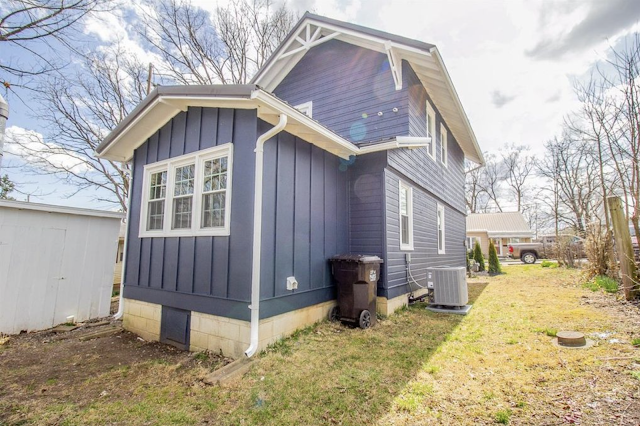 The 1928 catalog mentions that back-band craftsman-style trim (which this is not) is standard with the Norwood model, and it also mentions it coming with 2-cross panel doors... but this house has neither of those. Other years say that it will have 5-panel doors, "and trim to match"... and, this house has 5-panel doors.

And, here are options that were available, as listed in the 1928 catalog:
The 1928 catalog has a lengthy description of the house:
Another thing that we are thrilled to see still in place on this original Sears Norwood model on Massie Avenue, is the Sears five-piece eave bracket. The tracery on top is fabulous, too-- that is usually gone by now, on these old models. 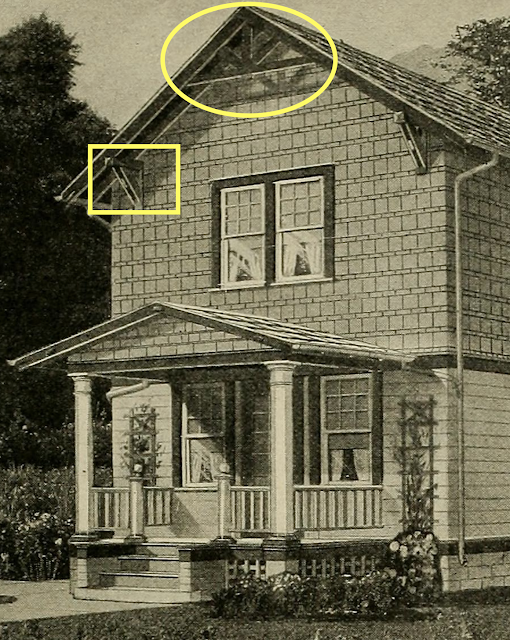 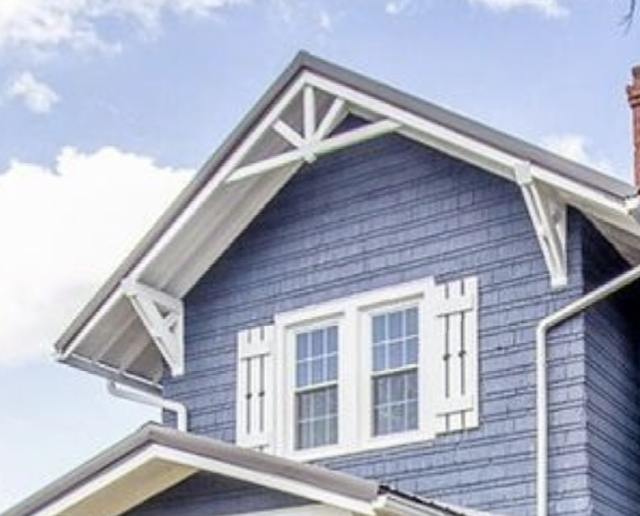 A Few Other Norwood Examples
We often find that existing Norwoods have been vinylized, even covering the brackets with vinyl, but here are a few that we've found that still look original.


That's it! Of course, if you know of a Sears model, please contact me (be sure to include a return email address, so that I can get back to you).
Posted by SearsHouseSeeker at Sunday, June 13, 2021