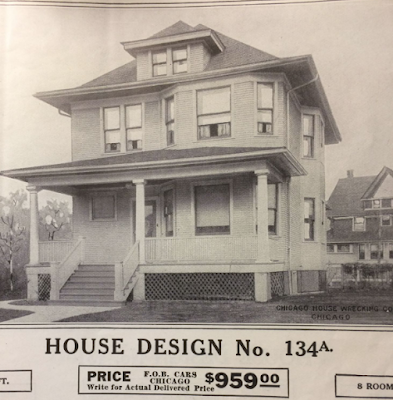 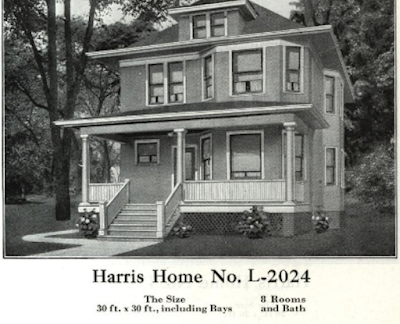 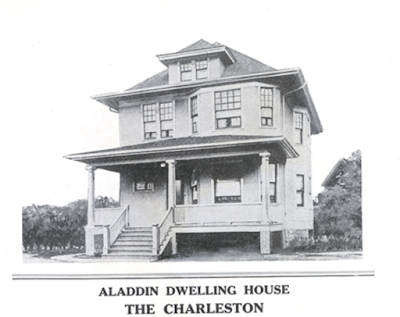 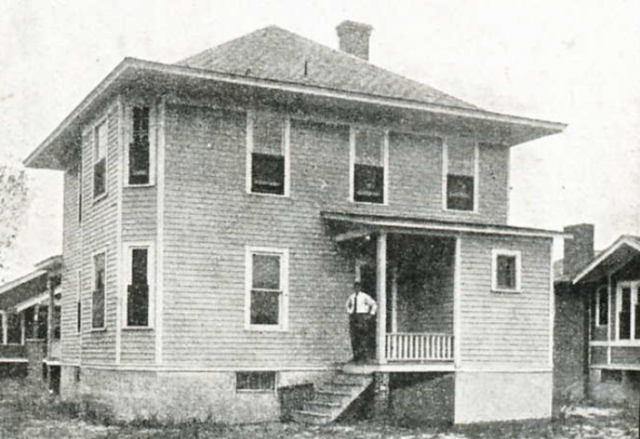 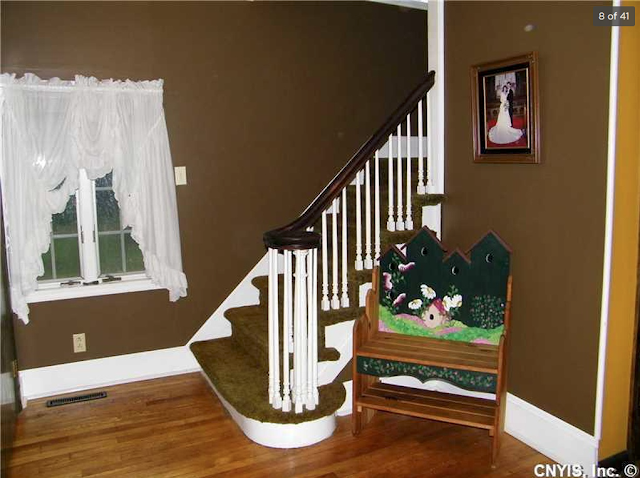 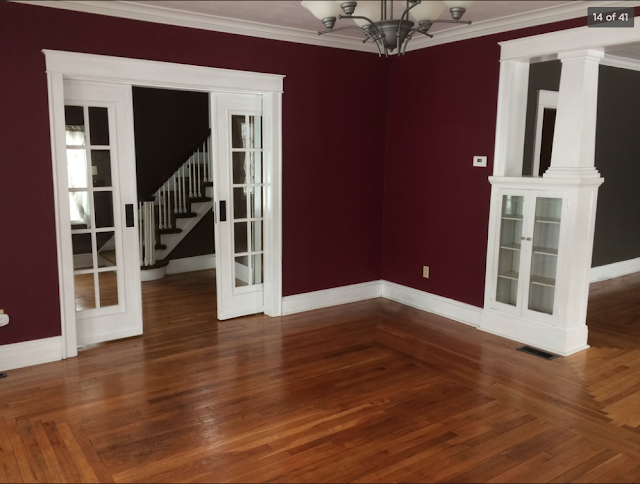 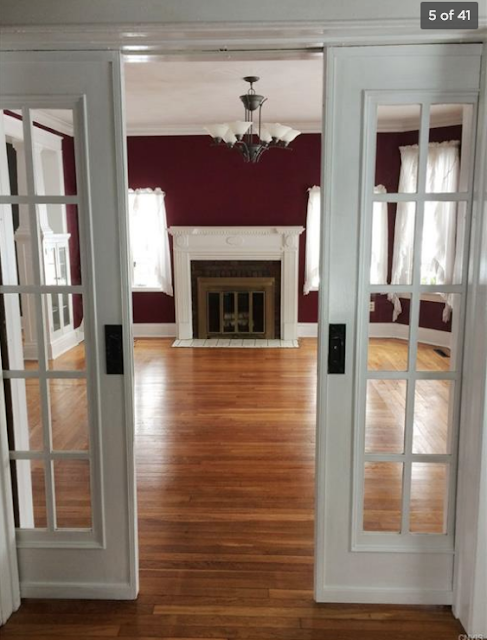 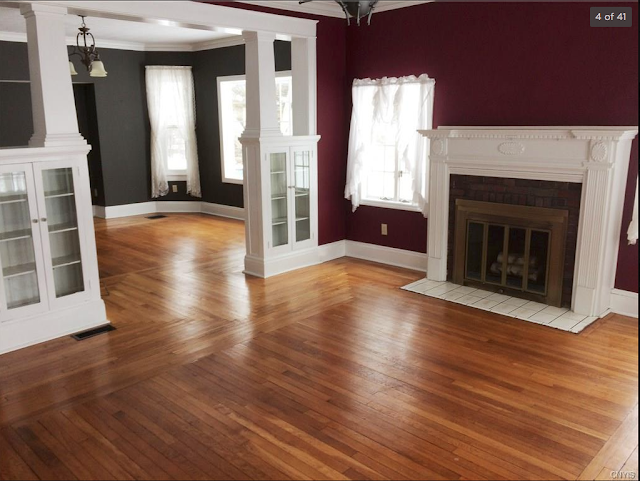 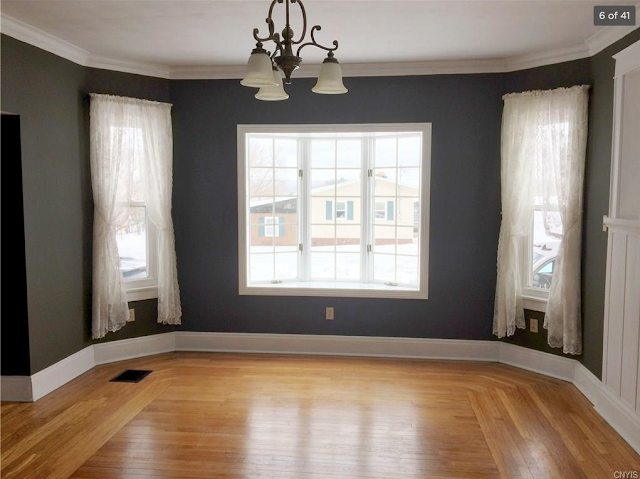 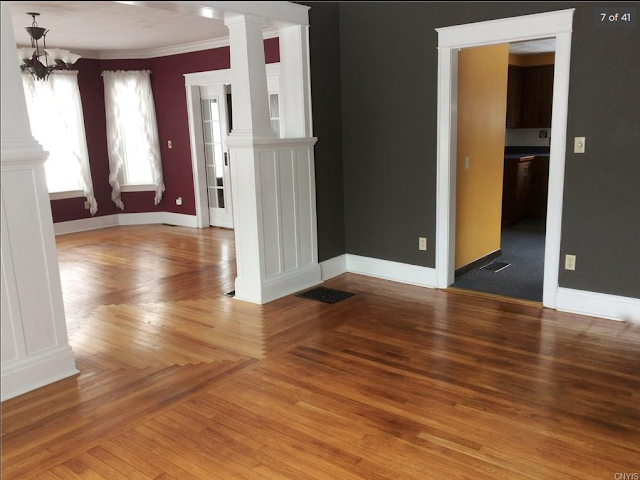 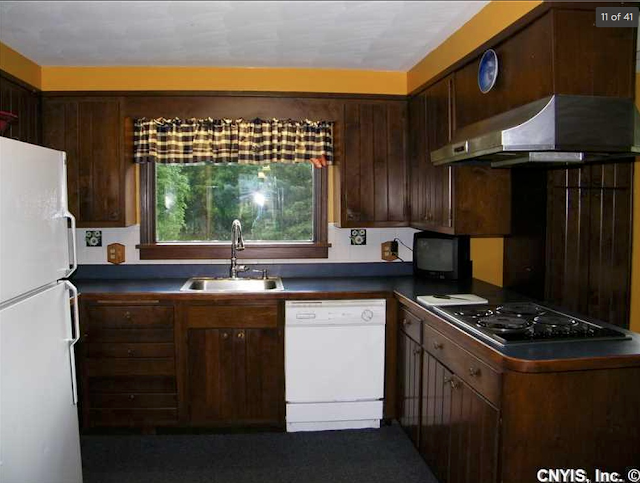 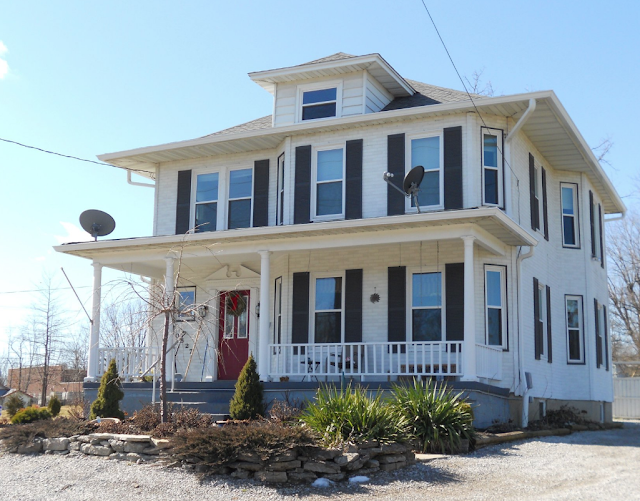 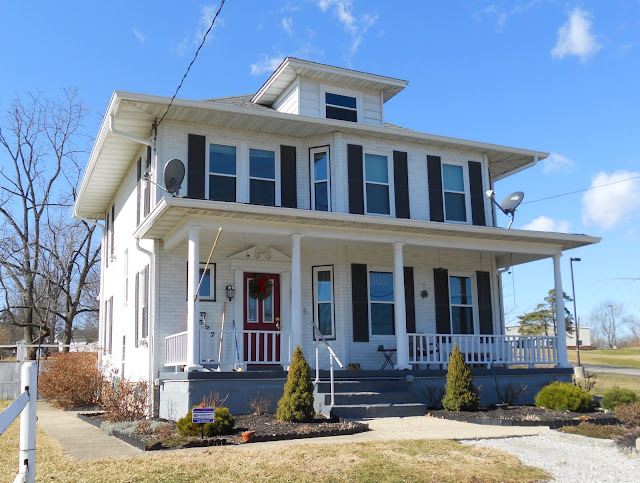 I was looking through our list of Sears homes in Kentucky today, and came across this really great looking Sears Strathmore in Louisville. It was added to our national database of Sears homes by Lara Solonickne, who writes the Sears Homes Of Chicagoland blog, and does Sears house tours and classes in the Chicago area. But, Lara usually only blogs about houses that are in the Chicago area, so I figured she wouldn't mind if I presented this Louisville find of hers. It's such a nice house!

This is not one of our authenticated Sears homes-- we haven't connected it to a Sears mortgage, for example-- but, it looks like the model, and it has Sears catalog-offered elements, so we're pretty comfortable putting it down as a Strathmore. Particularly, I notice that the front door is a Sears door. It has the curlycue-end iron strapping that we know that only Sears offered:

Here is that very door, with that style of iron strapping, in the 1929 Sears Modern Homes catalog. You'll notice that the window insert is a different shape, but Sears allowed you to mix and match... pick your door style, your iron strapping style, and your window insert style, and they would put it together for you.

Also, as Lara pointed out to our research group, the shutters are a style offered by Sears. They look to be the Batten style shutter (which you can also see in the image above, on the right), with the Cloverleaf cutout: 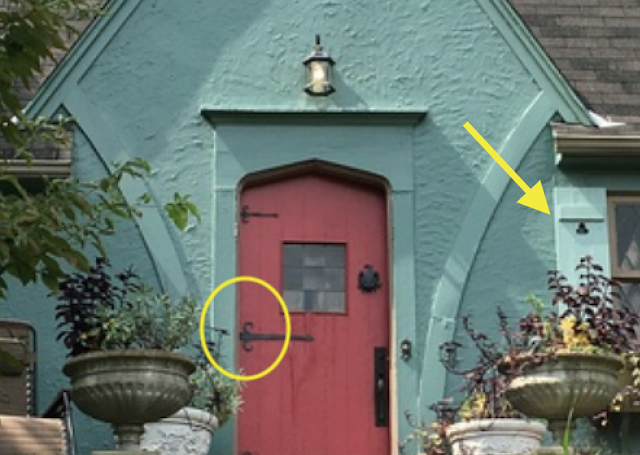 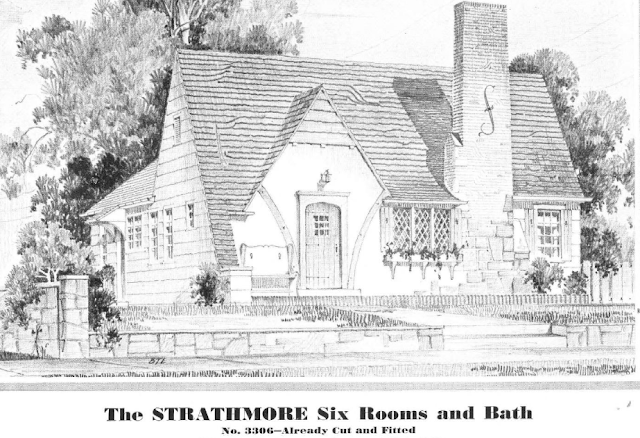 I also notice that the interior doors look to have the Sears Rhythmic door hardware, shown her in a snippet from the 1930 Sears Building Materials catalog:
In fact, that door is also shown in the 1930 building supplies catalog. It's the "One-panel subframe" style:
Finally, let's just take a look at some of the lovely interior rooms, which are available thanks to this real estate listing. Floor plan, first: 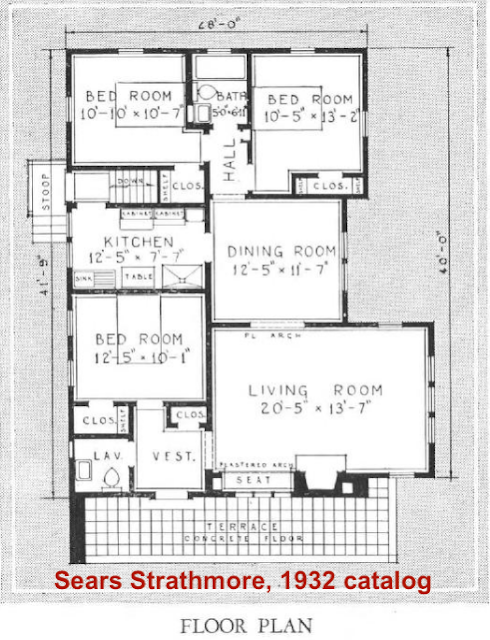 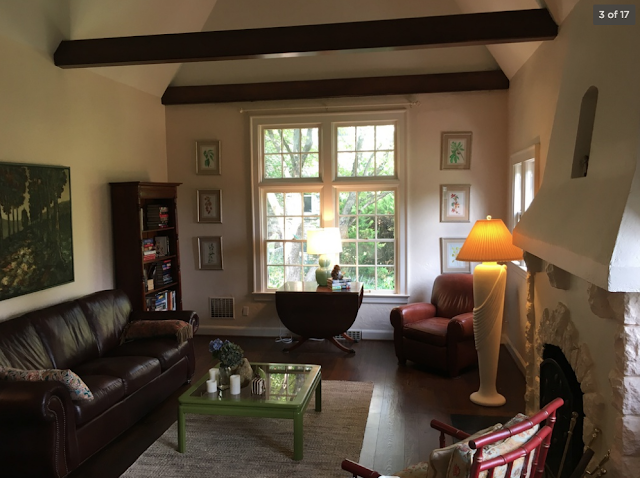 Sears Strathmore Models Around The Country
We don't have many Strathmore models on our national database (we've got 24, to date) but here are a few that we've found:
Here's another, which Andrew Mutch showed, in a 2016 blog post about Sears homes in Massapequa Park, New York:
Here's another, that Lara Solonickne showed in this 2012 blog post about Sears homes that were built late in the 1930s, and even after 1940. This house was used as a Sears model home:

Finally, we have this hybrid of the Sears Strathmore and Sears Hillsboro, in Xenia, Ohio, that Cindy Catanazro wrote about in this 2016 blog post, at Sears Houses In Ohio .
Lastly, here's one on Marguerite Street, in Elgin, Illinois, that we noticed a real estate listing for, however it was originally identified by researcher Rebecca L. Hunter, who lives in Elgin. Rebecca began her kit-house-researching career by looking around Elgin, and ended up finding 213 Sears houses there, as Lara Solonickne mentions, here.


Thanks to Lara for finding this beautiful Sears Strathmore, and adding it to our ever-growing national database of Sears houses in the U.S.!
Posted by SearsHouseSeeker at Sunday, February 17, 2019 2 comments: