We are always excited to run across another example of the Gordon-Van Tine model No 121. I have previously blogged about the No. 121 testimonial house of Allben and Annah Yearous, in Eagle Grove, Iowa, but the two houses I have to show you today, were found by fellow researcher Karen Dejeet. Both homes are on William Penn Parkway, right by each other, in Murrysville, Pennsylvania.

The first example, shown above, has had the front porch enclosed, as we so often see. People are always looking to squeeze out another few feet of living space, I guess. But, this is on a pretty busy street, so I guess the idea of having a big, open porch to sit and relax on, isn't as inviting as having an enclosed, private space. It still retains the wonderful cedar shingle siding, on the top half, and, thankfully, the distinctive little porthole windows on the front, haven't been sided over.

Here's the full catalog page for the No. 121:
As you can see from the floor plans, this model has a nice bay window on the dining room wall. The house at 3957 Wm Penn Pkwy has that bay window, but it's difficult to see, due to foliage, and restricted angles using Google streetview:
Two houses away, Karen spotted a second example of the No. 121. This time, the porch is not enclosed, but, as is often the case in Pennsylvania, the porch is made of brick. 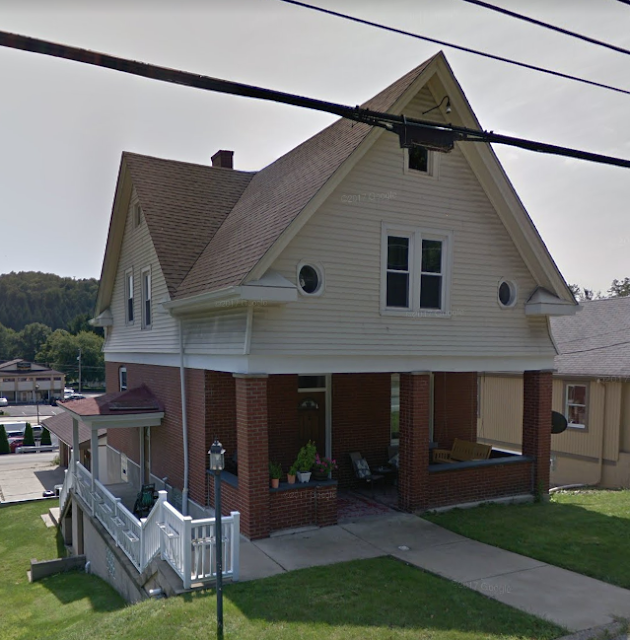 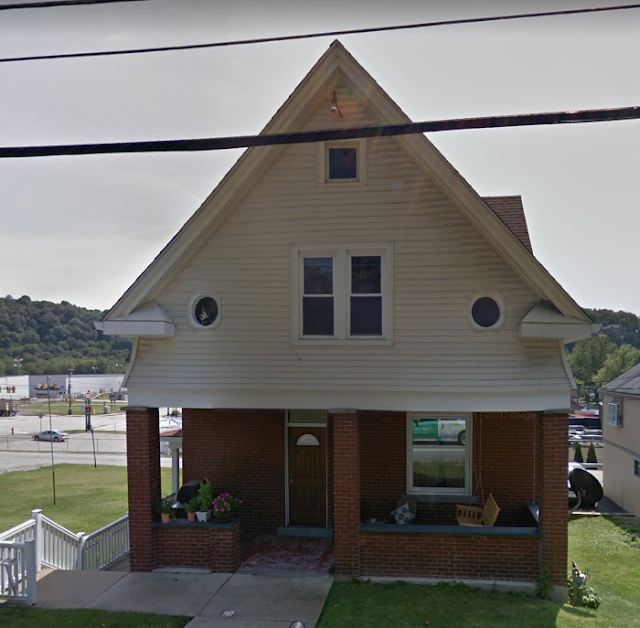 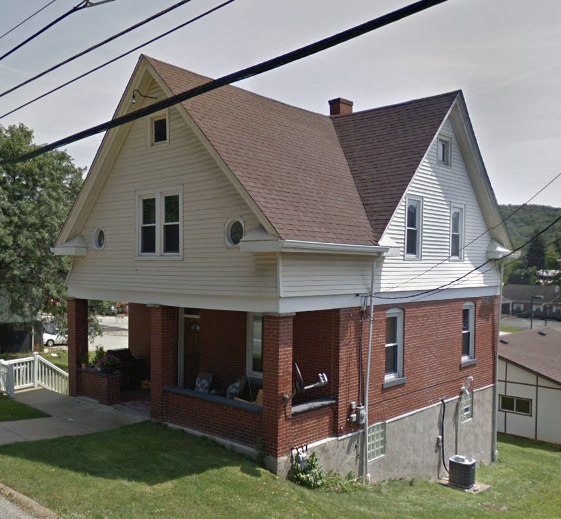 Other Models On The Street
Karen and I have found several other kit homes on this street. Karen has found a Sears Kilbourne, a Sears Mansfield (the brick version of the Dover), and a Sears Maplewood.  I believe that the little white stucco bungalow the next house past the brick and cream colored No. 121, is a Gordon-Van Tine No. 301:
Note the little window in the side bay window, and the subtle flare to the dormer roof, and the eaves of the main roof. Of course, the front porch has been enclosed. But, the small size of the dormer, with just one little window, is also indicative of the No. 301.


The floor plan for the No. 301 also shows three windows along the right elevation of the No. 301 bungalow. This side view of the white stucco house shows that, too... if you can see through the tree foliage :)
And, here's the back of our little white stucco GVT No. 301, showing the single back window, and little porch stoop off of the back entrance, and the vent chimney just about where you'd expect it:
Next to the No. 301 is another bungalow... it's possible that it is a Gordon-Van Tine model, as well, but the side windows have been covered over, and the original dormer would have to have been removed, so we'll ignore that one, I guess. Too many ifs.

Traveling a little way down Old William Penn Parkway, Karen spotted this white brick Sears Mansfield. It has the decorative ironwork strapping on the door that we know is made by Sears, with its tell-tale curlycues at the hinge end: 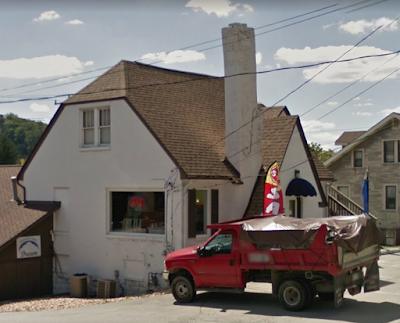 Here's the excellent view of the Kilbourne, at 4088 Old Wm Penn Hwy:
Sorry, I should have gone with this view, from Bing Maps:

I have no idea how Karen knows there is a Kilbourne back there... she drives on this road everyday, so I guess she was able to see it during the winter months. 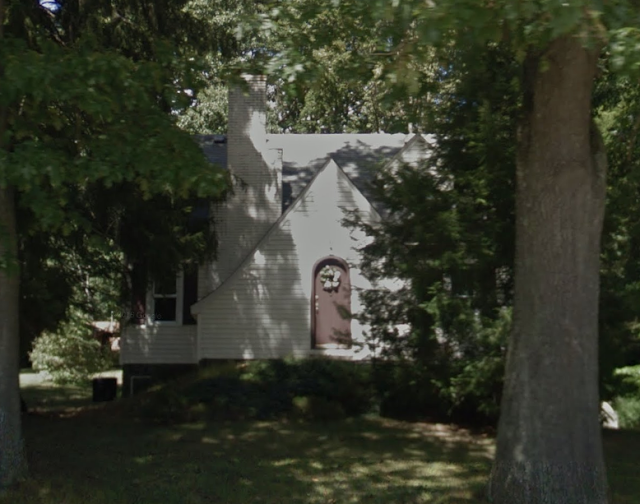 Just before you get to the Maplewood, on the other side of the street, sits what looks to be a Gordon-Van Tine Cabot or Stratford or No. 633 -- depending on the year it was built. It looks to be the smaller of the two models, so it's the floorplan A.  It does have the chimney inset into the house, instead of on the side of the house, so it's possible that it's not a GVT. But, the windows are right. We can never know for sure, without going inside, and/or having records of some kind. 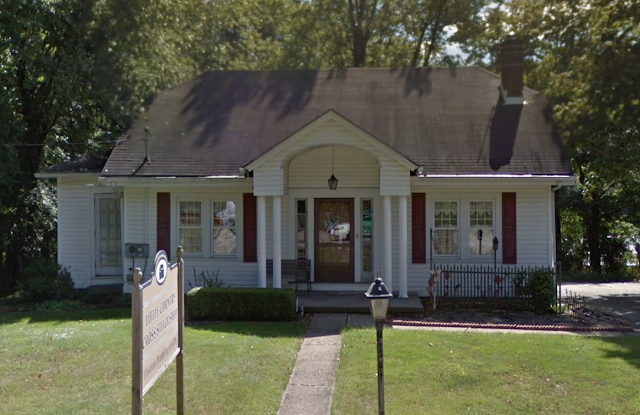 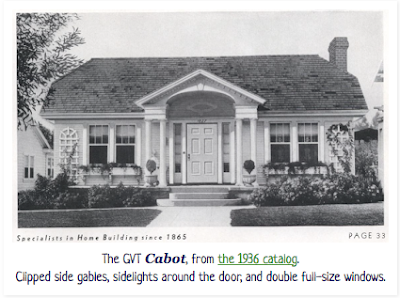 You can see an authenticated larger-floorplan (b) GVT Stratford, from 1928, in this blog post of mine about one found in Washington, D.C.

That's about it for this stretch of Old William Penn Highway in Murrysville, PA! I have another GVT No. 121 to show, in another state, along with a number of Aladdin homes nearby, but that will have to wait for another blog post.

Posted by SearsHouseSeeker at Saturday, March 24, 2018 No comments: