This is the missing house that everyone had heard of, but no one could find*, and now, suddenly, everyone knows where it is.

Well, okay, not everyone. Just we Sears house researchers. And, a pretty savvy new owner, who researched her house to find out that she probably had a Sears Hawthorne. But... what she didn't know, is that it's a kind of famous Sears Hawthorne. It's a testimonial house, meaning that its original owner wrote in to Sears, with a photo, and a little blurb, telling how pleased he was with the quality and cost and final product. Here is August M. Schiller's letter to Sears:

And, here's that whole page, the first year that the Hawthorne was offered by Sears, in the 1913 catalog:
The problem with showing this house in a blog post, is that it doesn't look much like the catalog image anymore... and, I don't have "the money shot"... the view from the front, left side, as shown in the catalog image above (Tami? next time you're at the house, can you get that for me? LOL). As you can see, the front porch roof has been removed, no doubt so that they could add that big dormer for the front upstairs room.  And, they've enclosed the porches, front and back.

Nonetheless, we do know that it is THE August M. Schiller house. How? Take a look at this stone, that the owners found on the property:
Up until now, it was thought that this house was either gone, buried someplace so rural that we couldn't see it from the street, or altered beyond recognition as a Hawthorne. I understand that local historical societies had tried to help find it, too, to no avail. *The best that I had heard of, was a possible location ID made by an aerial search using Bing maps... but, that only vaguely identified a bungalow of similar proportions, and surely didn't provide a for-certain address (but it was good work, Rachel).... and, of course, it did not in any way tie that property to August M. Schiller. All we could all find for Mr. Schiller was that he was listed on the 1920 census as living on a farm in McHenry:
I found out about this house, because Tami contacted a couple of us, after seeing my comments on the Washington Post story and video about Sears homes (she contacted me, and researcher Lara Solonickne, who writes the Sears Homes of Chicagoland blog). The Washington Post video is a great little video, and in it, was interviewed the highly respected Architectural Historian, Rebecca L. Hunter. One of Dr. Hunter's books involving kit houses, is a 2004 publication called, Putting Sears Homes On The Map: A Compilation of Testimonials Published in Sears Modern Homes Catalogs 1908-1940 .  In this book, Hunter mentions August M. Schiller's Hawthorne on more than one page:

So, as I was messaging last night with Tami, the new owner, asking questions about the location of this, and the look of that, I quickly came to realize that this was not just A Sears Hawthorne, but the McHenry, Illinois testimonial Hawthorne.

Sometimes, with the photos that accompany a testimonial in the catalog, or in a brochure, we're not quite sure if Sears put up the actual photo sent by the owner. But, in this case, it does look like the testimonial photo is the Schiller house, because there are some features on Mr. Schiller's house, that are not the same as what is shown in the regular catalog Hawthorne photo. Take a look:
Here's a close-up shot of that area of the Schiller house:


Interior Photos
To get more views of the Schiller house in McHenry, I looked up the address Tami gave me, on Zillow. Voilà! Plenty of interior and exterior photos. Here are some of the real estate listing's photos. The last owners had put down wall-to-wall carpet over all of the original hardwood floors, as you can see. 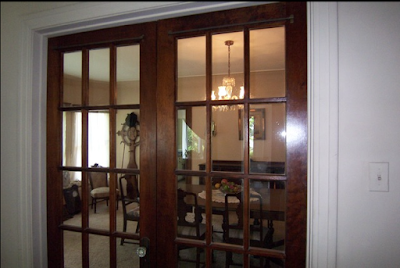 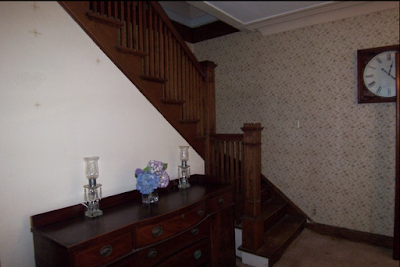 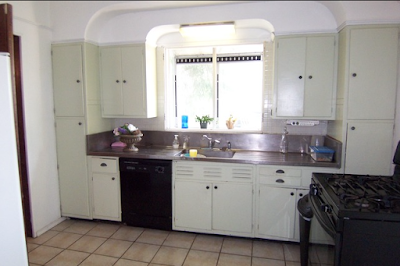 Avondale or Hawthorne?
Let me give you a better idea of what the Hawthorne is supposed to look like, and how it compares to the very similar model, the Avondale. The Hawthorne is just pretty much the exact same house as the Avondale, but with an extra couple of feet of height built on, and a dormer added on the side, to make more room for upstairs bedrooms. Here are the two models, as shown in the catalogs: 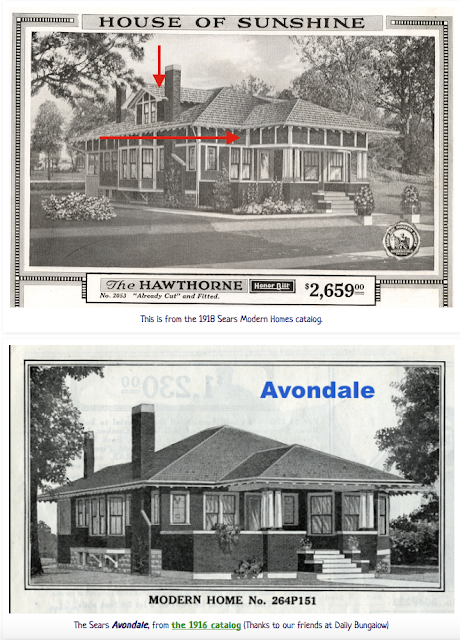 The Avondale was the earlier model, offered starting in 1911, according to Houses By Mail. The very first time that the Hawthorne appeared in the catalogs was 1913... and it appeared right away with the letter from August M. Schiller, praising the quality, the service, and the fit of the model. So... how could Mr. Schiller have had the Hawthorne model already, before it was offered in a catalog? My supposition is this (and perhaps it has been the supposition of others, I don't know): I think it likely that Mr. Schiller approached Sears about buying the Avondale plan, but asked for customizations, to make it better able to accommodate upstairs bedrooms. As a result, the Sears architect created what became the Hawthorne, and Sears decided to just start marketing that model in the catalogs, as well. We know that Mr. Schiller's McCullum Lake stone is marked 1910, so he had the lot by 1910, and it probably wasn't long after that, that he ordered his house from Sears. So, I think that August M. Schiller's Hawthorne is actually the very first Hawthorne. Given the timing, this is the only idea that  makes sense.

So, we don't know the exact year that Mr. Schiller's house was built. We know it was in time to have his testimonial put into the 1913 catalog. But, that stone on the grounds is from 1910, so we know that he owned the land in 1910. There aren't any town records that show a building permit (I don't think), so it's hard to date this house exactly.

But...let's take a look at the shipping label that Tami and Dave found on a board in their house. This kind of label was stuck to the back of trim pieces, usually (like window trim, for example). The look changed a little over the years, for a variety of reasons, but the one in the McHenry testimonial house is the very oldest style. You see a reference, on the side, to "925 Hobart St."... that was the address of the Sears offices in Chicago. To the right of that, you see an order number, an invoice number, and the name of the person buying the house kit:

Now... my family's Sears model No. 110 (later called the Silverdale) was built in 1911. We also found a shipping label on the back of window trim. It, too, is of that very oldest style.
Here it is, next to the Schiller house's shipping label. Look at the Order Number. The Schiller house order number is 11872.  My family's order number is 19267. If those order numbers were given in sequential order, along the way from the start of ordering, then it would mean that the Schiller house was built before my family's 1911 house. So, this MAY show that the house was built before, or during, 1911. I can't say that for sure, but, again, it makes sense:

Here Is The Hawthorne

Here are two other Hawthornes that we know of:

Here are closeups of the sides of our McHenry Hawthorne. These are all private photos given to me by the new owners, and may not be copied or used elsewhere without permission, and a link to this blog post. 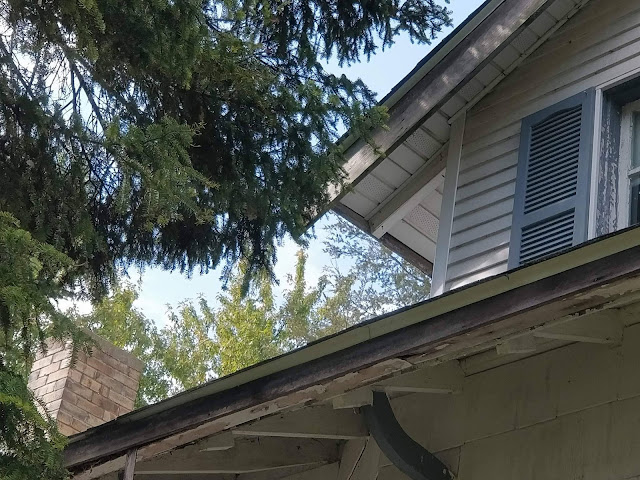 The Origins Of The Avondale
According to Rosemary Thornton, in a blog post written in May of 2013, the Avondale began its life as a display bungalow built for the 1909 Illinois State Fair in Springfield, Illinois. These vintage postcards that she shows on the blog post, are from the fair, and show a Sears house fully furnished with furnishings from Sears. 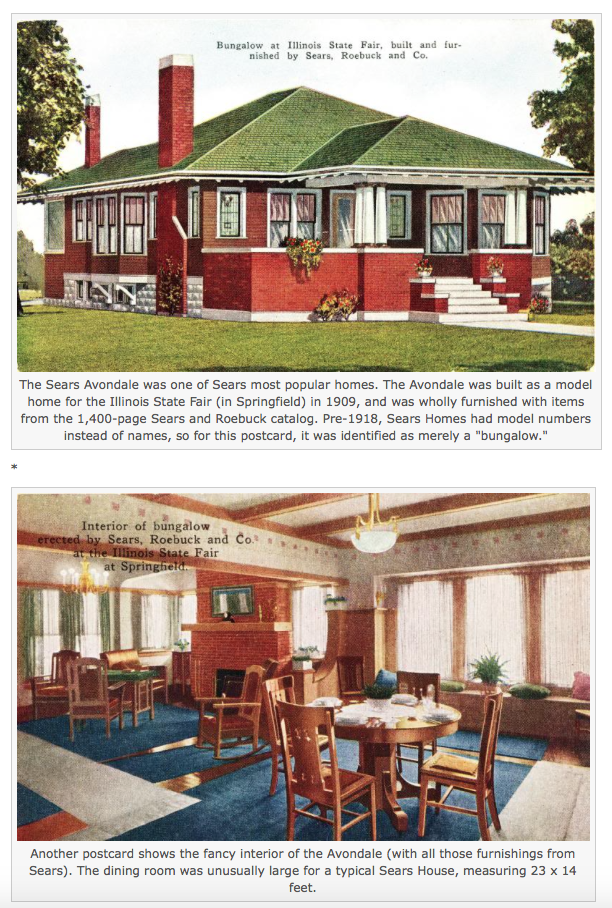 What's interesting to me, is the wide open floor plan that we see in the photo of the interior. Especially because..... well, look at what the McHenry Hawthorne looks like at the moment... this is the same area of the house:


Now, I know that this will just destroy the hearts of some "purists". But, listen. The house needed modern insulation. It needed new wiring. It needed new plumbing. And... frankly... have you ever had plaster walls? They are a big pain. The crack easily, they chip easily, and they aren't easily repaired if those things happen. And you can't hang anything on them, because you can't very successfully drill and screw into them. So, don't begrudge the new owners the drywall that they'll be putting up. The original Sears joists and rafters are still in place. The original Sears hardwood flooring has been once again revealed, and will be refinished to new beauty. The original Sears staircase is still in place. I assume that the original floor moulding and crown moulding will be replaced, as well. (And, remember... Sears didn't supply plaster for the kits, so it's not Sears plaster that was removed. Ha!)

And... I know that some of you will absolutely hate that the old kitchen cabinets were removed, and the new kitchen will open to the dining room. Well, I'm not with you on that. I look at it this way (and no offense meant to men, in general): the Sears architects were men. Men didn't do the cooking. They didn't know how dreary it is to be locked away in a hot kitchen, while everyone else is gathering in the living room, or watching the news, or watching something interesting on TV. They didn't know what a good layout was for working in a kitchen. Anyone who has a nice island in the middle of their workspace, knows how incredibly helpful that space, in that place, is. I have an open space looking out from my beautiful kitchen, with its (new) solid, natural cherry cabinets and beautiful granite, and I love love love it... because, when I am prepping a meal, I can enjoy the nightly news, instead of staring at a darn wall. And, while I'm cleaning up after dinner,  I can also enjoy tv shows that others are enjoying (while they are NOT toiling in the kitchen). And, there is space for my family and guests to sit OUTSIDE of my work space (because I hate to have people in my way when I'm working in the kitchen) to share their company with me while I prepare our meal. I love an open floor plan, and I love a beautiful, open kitchen. And, so, the new owners of the August M. Schiller Hawthorne should be able to enjoy theirs. 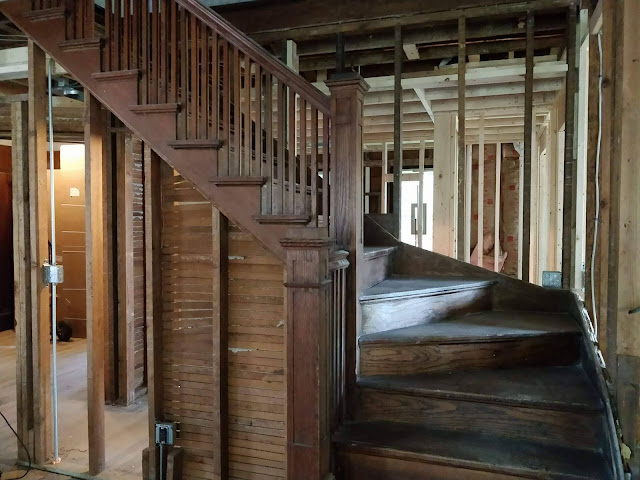 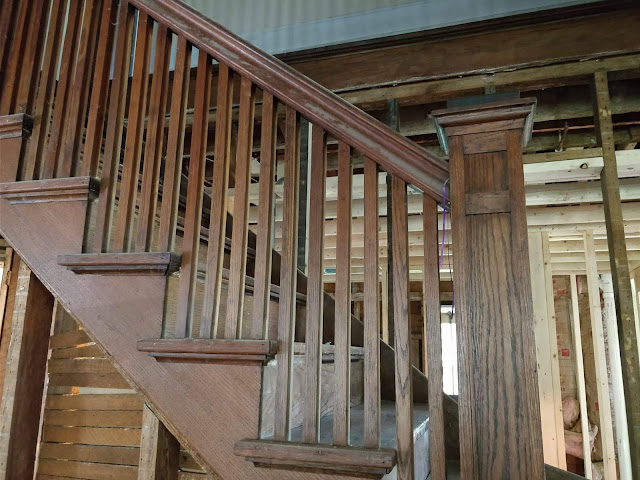 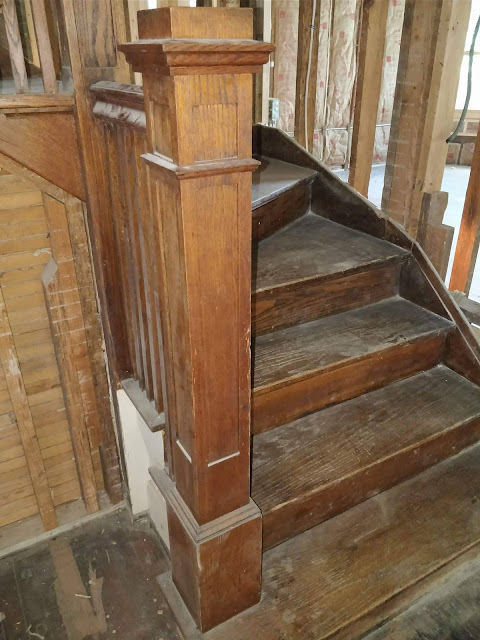 Tami and Dave have also discovered that they have Sears Stratford design door hardware on the original doors that they have found in the house, and they have some of those oh-so-definitely-Sears hinges that we see offered in the building materials catalogs:


I want to thank Tami and Dave, the new owners, for contacting me, and sharing so many great photos with me. I hope they will share photos when the interior is all finished -- I'll be sure to write a new blog post to show off the new look of the famous August M. Schiller testimonial Hawthorne, in McHenry, Illinois.

I'll leave you with this beautiful view... this is what August Schiller got to see every night, looking out from his Sears Hawthorne. 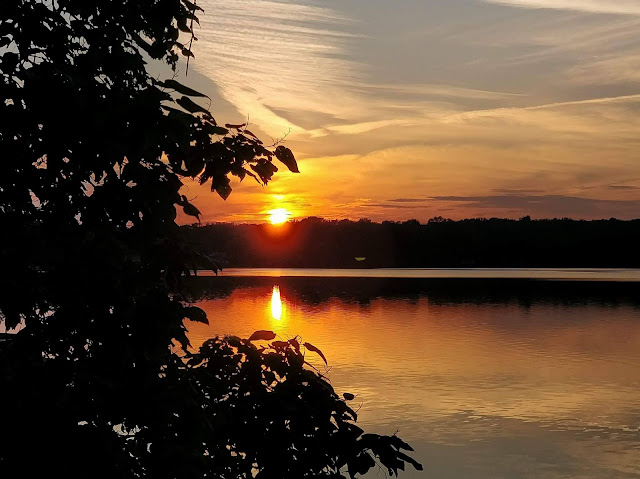