Sears No. 110 In Suffield, Connecticut

This beautiful farmhouse in Suffield, Connecticut, sits on the original tobacco farm of Michael and Margaret Laehey. They built their home in 1914, according to Suffield town assessor records, which means that the model that they looked at in the Sears Modern Homes catalog, would have been labeled as the No. 264P110. They requested that the floorplan be reversed, so let me show you the flipped image of this model, from the 1914 catalog:


Here's how the full catalog image shows the model, in the 1914 catalog:
The cover of the 1914 catalog is one of my favorites, with the Sears Elsmore depicted:
Michael Laehey was born in West Stockbridge, Massachusetts, and, in 1907, at about age 28, he married Margaret Sullivan, who had come to the United States in 1894, at age 16, from Ireland. They married in Suffield, Connecticut, and began their life together there.

In 1909 their first child was born, a son, whom they named John. He was followed by their second son, Francis, born three years later. No doubt whatever house they had as a young married couple, was getting to feel a bit tight with two little boys, so they ordered the kit for the spacious No. 110 model from Sears. All of its components would have arrived at the local train depot, in train-car loads, with the first shipment including all of the framing materials, exterior siding material, and roofing materials. Sears arranged the shipments to allow the homeowner to get the exterior of the house constructed first, so that later shipments could then be stored, safely, inside the shell of the house.

At the time of the 1920 U. S. Census, the street that the Laeheys lived on, was called Taintor Hill Road. Here is the family, as listed in that census record:
You can click on that image above, to see it in larger format, but here is a closeup of the family's listing:
Interestingly, the 1880 U.S. Census for Berkshire County, Massachusetts, shows little Michael Laehey, age 1, living with his family... and both his mother, and older sister, were also named Margaret, just as his wife would be, some 27 years later. Michael Laehey's parents, Patrick and Margaret, had come from Ireland, and his father worked as a blacksmith, while his mother worked as a housekeeper.


I learned of Michael and Margaret Laehey's Sears house, through a mention in the book, Putting Sears Homes On the Map, a handy book written by kit-house researcher Rebecca L. Hunter. Hunter's aim in writing this book, was to organize and catalog all of the mentions of real Sears houses that appeared in Sears catalogs and flyers, throughout the years of the Sears Modern Homes catalog.  These would be houses that were mentioned in "testimonial" letters sent in to Sears over the years, from happy buyers of Sears house kits, and also locations of models that were mentioned sometimes on catalog pages, in a little box on the page for a particular model, saying, "This house has been built at...." with specific towns named. Here are two such bits of info:

Sometimes, though, the testimonial letters didn't mention the model number or name, and sometimes they referred largely to the lumber supplies bought from Sears. In those cases, Rebecca listed something like "?" or "building supplies" or "house" next to the name of the town, and/or the name of the satisfied customer, in the pages of her book. One such listing was in the section of the book devoted to testimonials located in Connecticut (the book is organized first by state and city name, then by model name). In West Suffield, it was noted that Lahey, Michael had written a testimonial for an unknown model (noted with, ? ). So, when I looked up Michael Lahey in Ancestry.com, to see if I could find an address listing for him in West Suffield, Connecticut, I ended up with just a listing of a farm, and the road, Taintor Hill Road. Right away, when I went to that road on Google maps, I landed at this very house, the Sears No. 110 now sitting at the address of 136 Taintor Street. That surely had to be the Sears house of Michael Lahey (though I did "drive" up and down the street, as well, to see if there might be another Sears house around there. That's how I came to find this house!

As many know, my interest in Sears houses stems from the fact that my mom grew up in a Sears kit house that was built by her paternal grandparents. That house was a model No. 110, just like this house, and it was the subject of my very first blog post. I've written about a few other No. 110 / Silverdale models along the years, such as this Silverdale in Charleston, West Virginia (which was the very first Sears house that I ran across in real estate listings... so ironic that it would be a Silverdale ), and the two that I wrote about in August of 2016 and August of 2018, in memory of my dear mom, who passed away in August of 2016.

Ironically, on August 27 of this year, the morning after the third anniversary of my mom's death, I received a message through a comment on my blog, from the current owner of the Sears Silverdale in Fulton, New York, that I had written about last August. She was excited to see that her house was the subject of a blog post, and interested to learn more about Sears kit houses! I've always got to wonder if coincidences like that aren't little messages from my mom, up there in heaven, letting me know that she is still with me. I like to think that they are. So, I dusted off my keyboard and sat down to write another blog post, and picked another No. 110 from my archives, to honor my mom. I'm glad that this one is in New England, too, just like my mom's family home.

There are lots of Silverdales still out there, that were mentioned in testimonials, but we haven't located them, yet... 30, to be exact. Well, 29, because Rebecca Hunter located the one in Eureka, Illinois. Here's the list from Rebecca's book... interested in trying to help us locate these Silverdales? If you happen to know of one of these, or happen to run across one of them, please let me know through a message on my blog (and don't forget to give me the address of the house, and your own email address to contact you back). 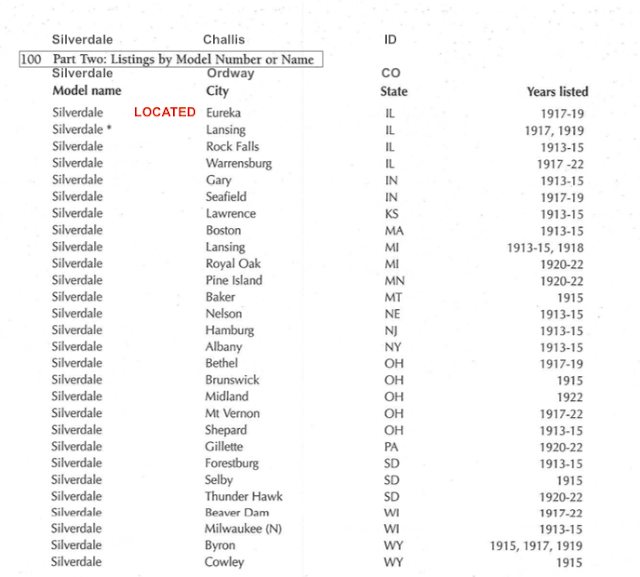 Let's wrap up this post with a few more photos of the Leahey No. 110 in Suffield, Connecticut, in its lovely rural setting, with its nice, red barn next to it. 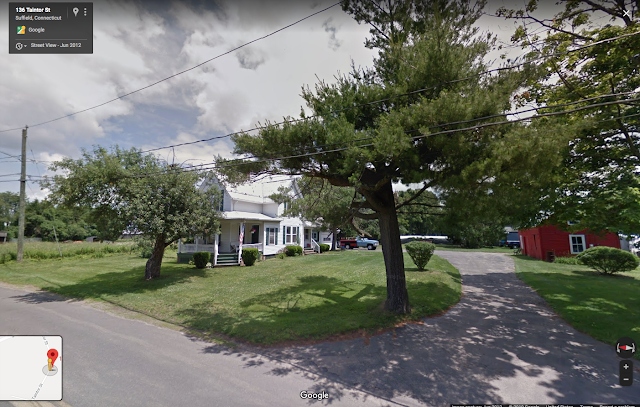 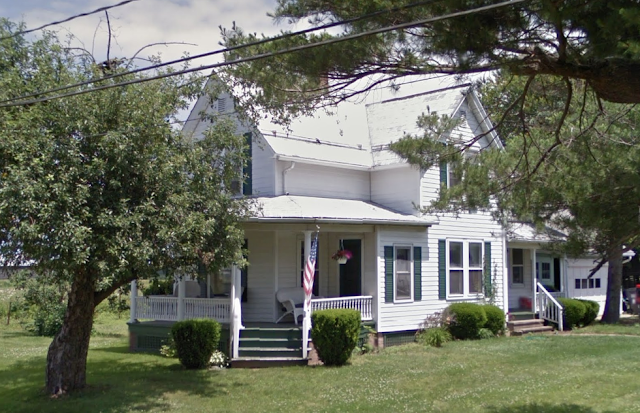 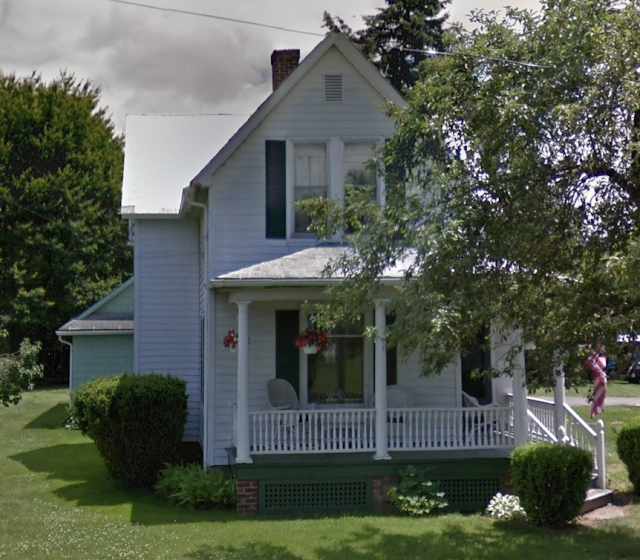 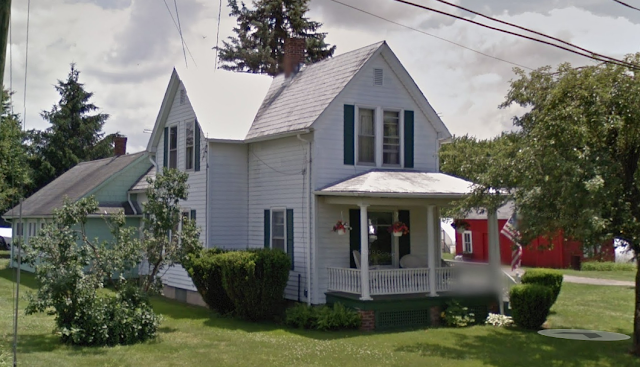