This is the first time that I have blogged about the Sears Mitchell model. That might be because it is a model that has such close lookalikes, that I am rarely confident that the house in front of me is, in fact, the Sears model.

But, today, we have a beautiful real estate listing for a Mitchell that was found in Fort Wayne, Indiana, during a house-hunting weekend that several of our researchers were involved in. I understand that the group was headed down this street to see a Sears Barrington, and drove right by this house, and it was Dale Wolicki who spotted it as they headed back up the street. Ha! We all thought that was pretty funny, considering that there were probably quite a few avid Sears house minds--and eyes-- in the car at the time.

There are quite a few little things to look for (on the exterior) when trying to pin down that a model like this is a Sears Mitchell, and not one of the lookalikes sold by Gordon-Van Tine, Wardway, Aladdin, Bennett Homes, or Home Builders plan book. The side windows -- on both sides-- are a huge key factor. Sometimes, though, it's hard to get a good look at both sides. There are some other distinguishing features in the front of the house, too. I'll try to explain them all.

But, first... take a look at this door on the house on Arlington Street, in Fort Wayne! This is, without a doubt, a Sears door. It's a perfect example of what we call, "Sears curlycues". See the hinge edge of the door? That curly look? That was only on the decorative iron strapping of Sears doors. So, if se see that on a house that looks like a model from the catalogs, we know it's authentic.


There is one other company that we have found, that offered decorative iron strapping with a curly edge, and that is the McKinney forged iron company, based in Pittsburgh. Their iron strapping options were advertised in a big Home Builders plan book that I have, from 1929. The curl is slightly less pronounced than the Sears curl, but the definite difference is at the other end: McKinney's strapping has a little hook at the other end. Sears' strapping has a pointy tip, kind of like the tip of a fat arrow. All of the other companies used iron strapping that did not have curylcues at the hinge edge, in any fashion.
What's On A Mitchell?
First, let's take a look at what to expect on the front of a Mitchell. Not all companies have all of these features. Some have most of this, some have all of this, some are clearly different here.

Here's an infographic that I've turned to many times, made by Andrew Mutch:
That single window should be right up close to that bumpout, and the triple windows within the bumpout, should have plenty of space before you get to them, just like you see here. Other companies are different here. Aladdin's University model has a single window, but it's more centered in that area... not quite as close to the bumpout, and, within the bumpout, there are only two windows, also set back toward the back of the house.  Gordon-Van Tine's Patrician, and Wardway's Newport, have a whole triple set of windows there in that first space (that's the living room, for all of the models), and then only a double, in the bumpout. The Bennett Homes Brentwood looks the most like the Mitchell: it has a single window, but it's not quite as close to the bumpout a the Mitchell's single window, and the bumpout also has three windows in it, set back like the Mitchell's windows. The plan book lookalike, the Home Builders Elyria, is very different on this side of the house, because it has no bumpout... it is even for the whole length of that side of the house.

I was lucky enough to run across an Aladdin University this year, in Charleston, West Virginia, and to help myself figure out the differences, I looked at all of the windows on this side, and made this comparison: 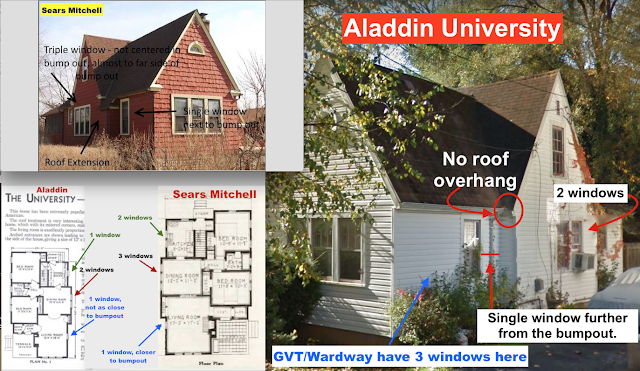 Here's another house that shows this side of a Mitchell:
On the image above, of this white Mitchell, did you notice that the 1932 catalog doesn't show windows like that... it just shows three wider windows? Well, the older catalog versions do show this kind of front window look:


The Mitchell was first offered in 1928, and had a long run, all the way up into the 1940 catalog. It graced the cover of the 1929 catalog, and its brick-veneer twin, the Sears Stratford, starred on the front of the special Brick supplement catalog put out in 1929, also: 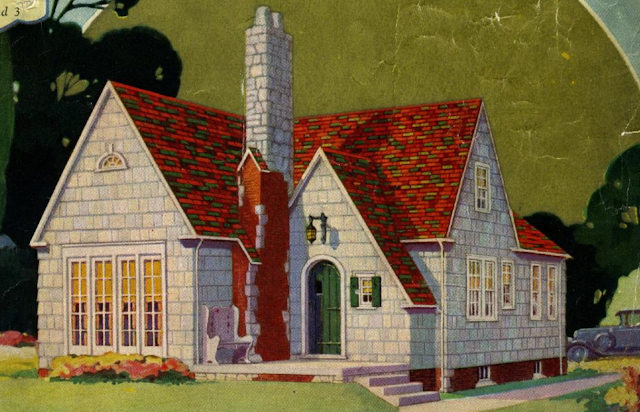 Now that we've seen the floor plans for the competing companies, let's see their catalog images: 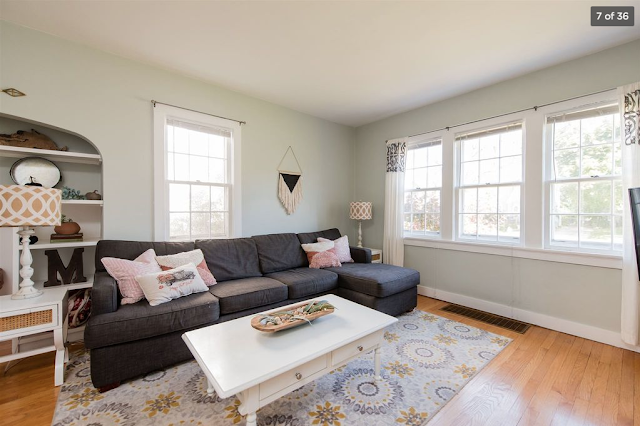 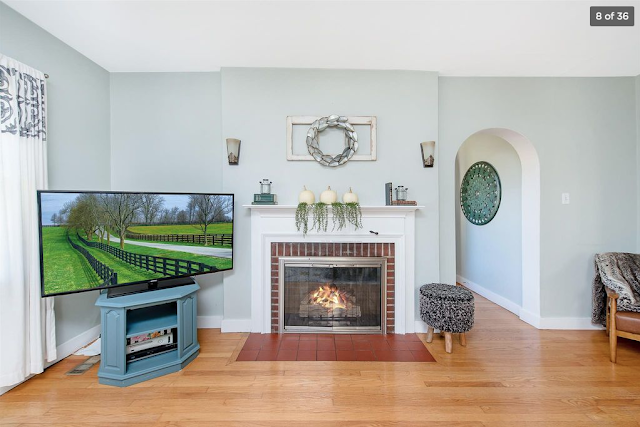 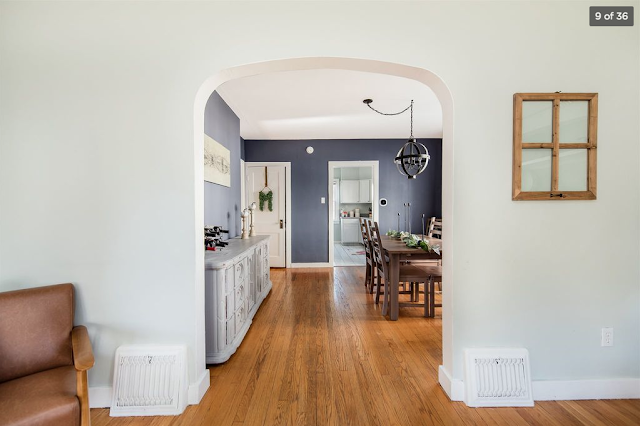 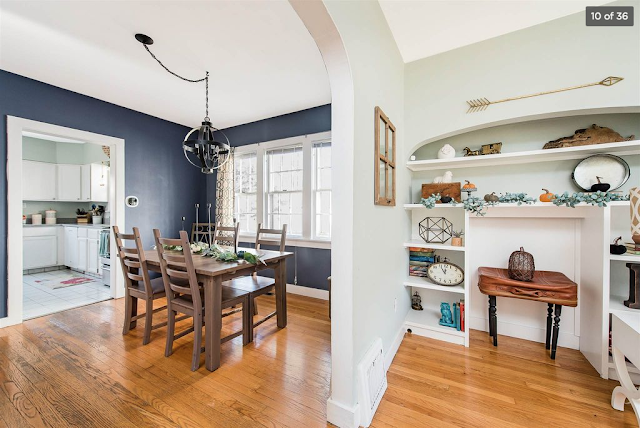 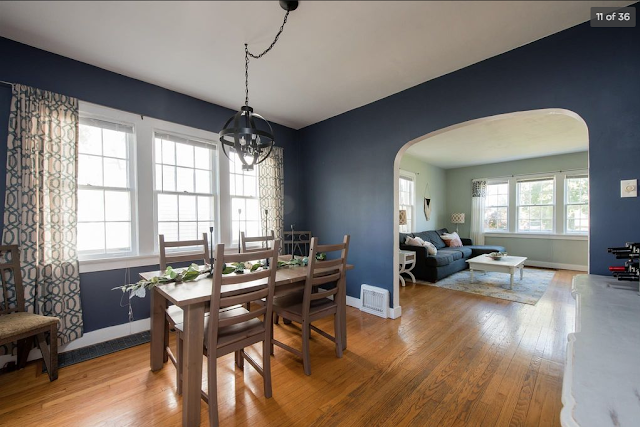 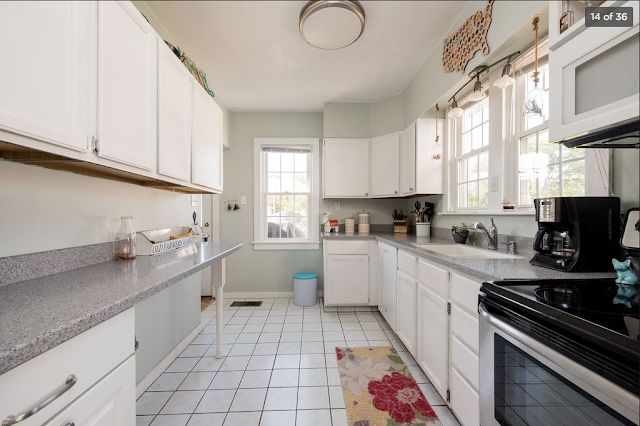 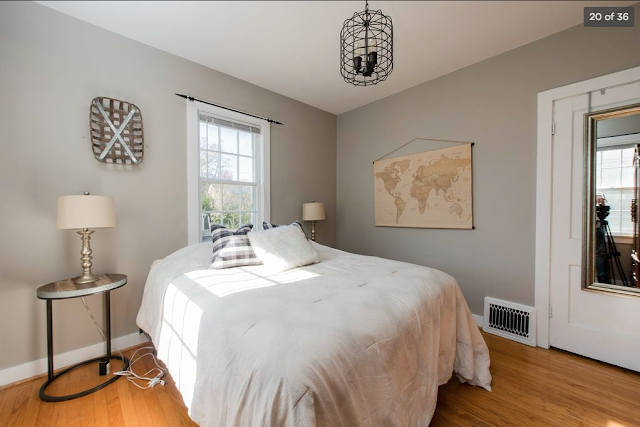 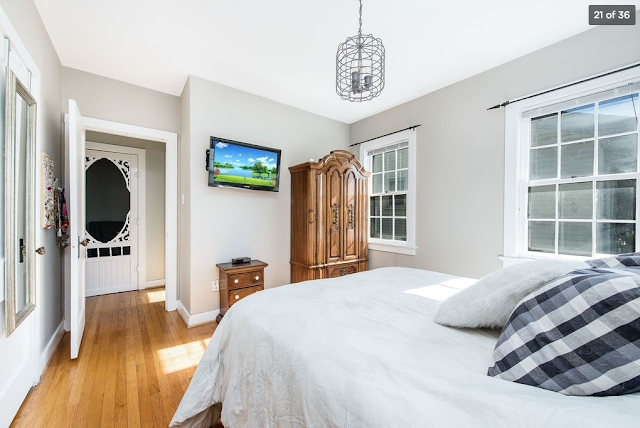 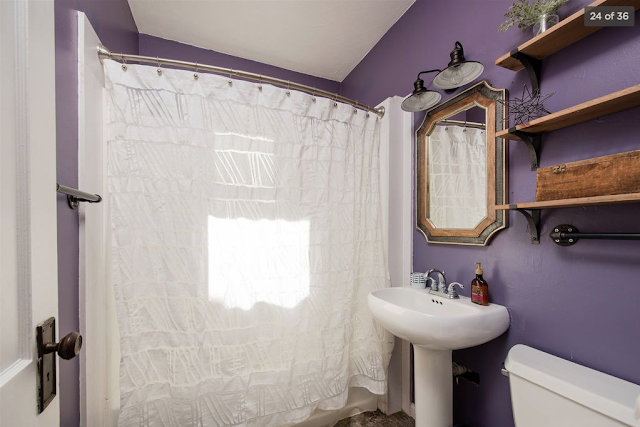 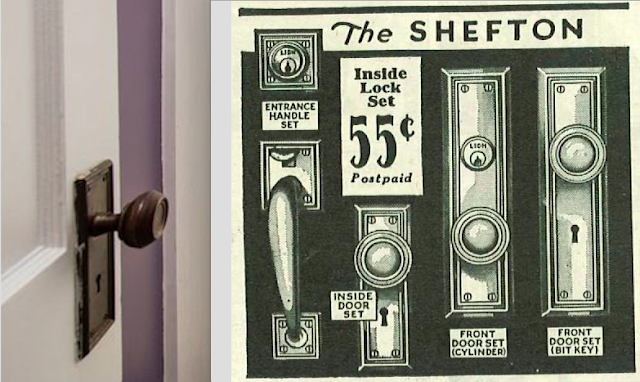 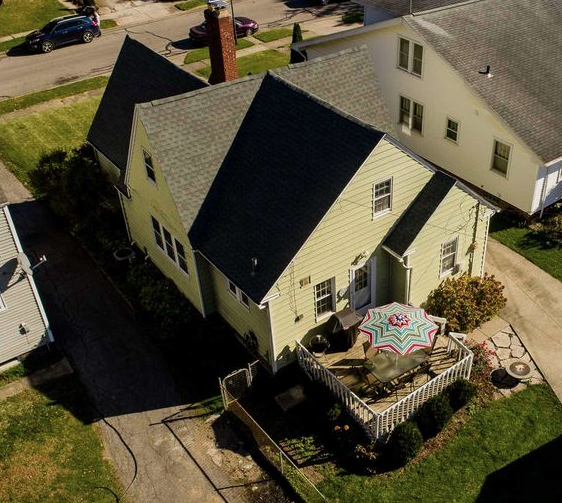 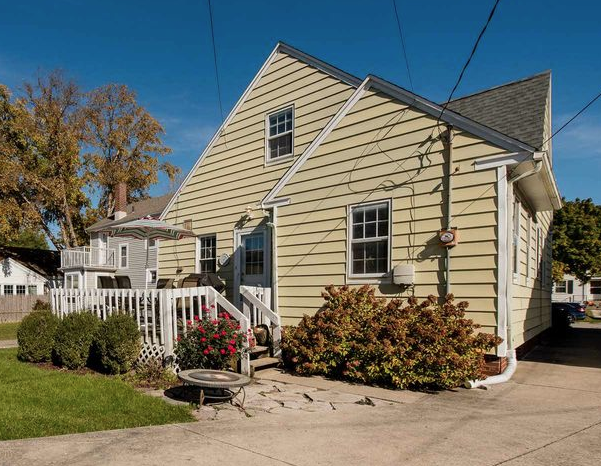 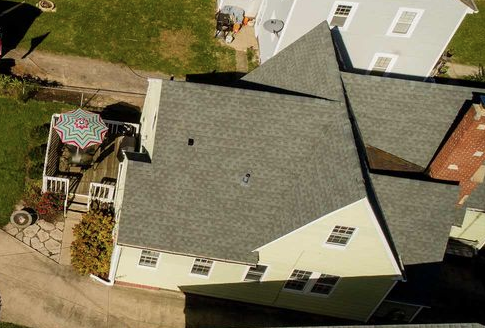 Posted by SearsHouseSeeker at Sunday, October 28, 2018