There's a great little Sears house for sale right now, in Affton, Missouri, a suburb in the southern part of Saint Louis County.  I know all about this house, because I authenticated it a couple of years ago, by tracking down its original mortgage.  The Deed of Trust was filed in 1930, in the name of Joe Friedman, and Sears trustee E. Harrison Powell signed off on the mortgage.  This weekend, my realtor brought me in to see the house in person, and I was able to find stamped lumber on a couple of the basement rafters -- the sure sign that a home was pre-cut and fitted for the homeowner, so when their bundle arrived at the work site, they would be able to get busy putting together their house!


Sears houses were sold beginning in 1908.  They had their own catalog, the Sears Modern Homes catalog, so you didn't find them mixed in with plaid skirts and nighties and boys PJs and mens galoshes offered in the big Christmas catalogs that Sears put out.  No, they merited their own catalog, but it's important to note that in the earliest years, the lumber for the houses was not pre-cut and stamped, like that of our 1930 house in Affton.  It wasn't until the 1916 catalog that Sears began offering their house kits with pre-cut lumber (and still, there were some houses that did not come pre-cut).  The kit included almost everything: pre-cut lumber for every little section of the house (stamped with identifying letter-and-number combos that helped the owner know where to put each piece of lumber); nuts and bolts and screws and nails and hinges; interior doors and exterior doors; all door hardware and locks; windows and their framing; enough flooring for a sub floor and a nice oak floor or pine floor on top; baseboard trim; roof shingles, varnish, paint; exterior shingle siding or planks or wood clapboard; screens and storm windows; kitchen cabinets; and light fixtures for all over the house. All of that was included in the base price, and then the buyer could choose the bathtub and sink and toilet and faucets they wanted, and the wiring package... even window shades. All of this came bundled together in a few separate shipments, usually via train car (so the owner had to pick everything up at the train station, and cart it to the building site).  The only things that the owner couldn't have shipped from Sears, were masonry items: bricks, concrete, and plaster. However, Sears arranged for that to be picked up at a local supplier, so it was all part of your package price.

Let's take a look at some of the interior features of the house, and how they match up to the catalog.
Floor Plan
The Winona, in 1930, was offered with two similar floor plans, A, and B.  B had six rooms, and the addition of a nice bump-out section in the dining room, providing space for windows, and a double-storage window seat. The Friedmans chose the six-room B plan, as shown below, in the 1932 catalog: 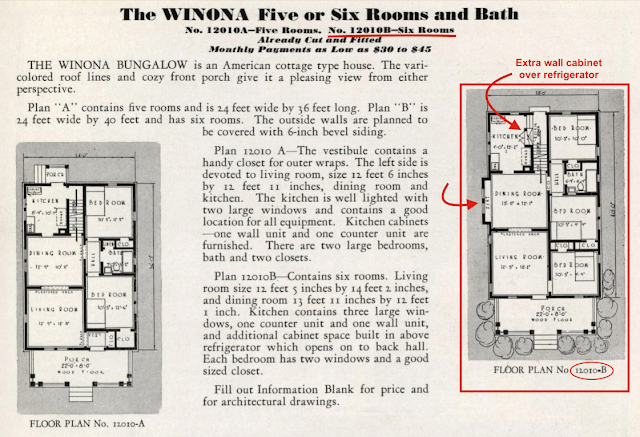 Here is the dining room, with the two storage cubbies making up the window seat in the bump-out:

The wood in these storage cubbies, and around the windows, is just pristine.  It's solid, and it's in beautiful condition.  Let's take a closer look:
Another difference in the Plan B floor plan, is this beautiful, deep, wall storage unit cabinet above the space for the refrigerator, in the kitchen:

Here's the view into the dining room from the living room.  I was just looking at interior photos of another Sears house recently, and that house had the same size and shape of the curved entryway between rooms. 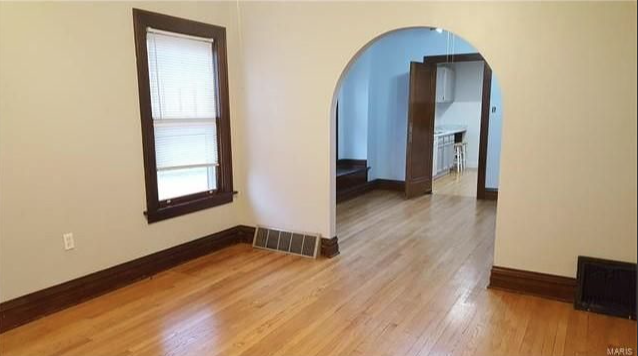 Here we see the living room, with two nice big windows, and the Craftsman-style front door that enters in right next to the doorway to the front bedroom. 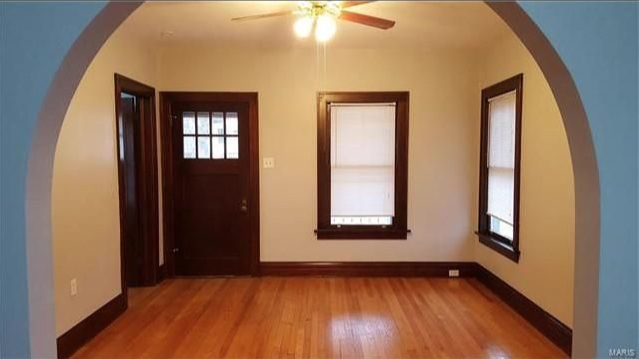 Throughout the house, there are gorgeous, solid-wood doors, of one of the better choices from the catalog.  If you're used to a modern, subdivision house with hollow-core vinyl doors, you won't believe the difference in the quality of these doors.

As mentioned above in the little snippet from the catalog about the B plan, the house comes standard with the Shefton design door hardware, and it can be seen on every door in the house.


Another characteristic of a solid-wood home, is a tongue-in-groove ceiling on the front porch, and our Winona in Affton has that.  It could use a new coat of paint, but you can't beat the quality: 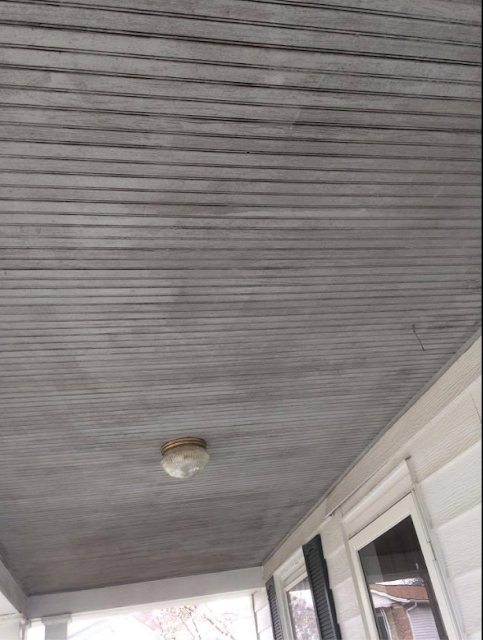 Quality Materials and Quality Construction
Because Sears, as a department store, was marketed as a store providing economically-priced goods that a working-class family could afford, some people assume that Sears homes were "budget-quality" homes. But, the exact opposite is true.  Sears homes are sturdy, solidly-built homes, with quality components, with much thought to the quality of the design of the construction.  Let's look at a page from my 1930 catalog, to see how construction qualities are described: 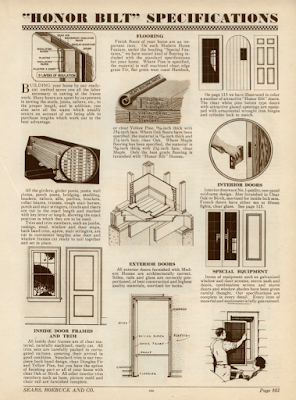 Pre-cut wood was a big part of the Sears kit-home concept.  Kit-home companies always claimed that the buyer saved a good sum of money, and time, by avoiding on-site measuring and cutting.  Sears boards came cut-to-size, and labeled to help the construction crew know what pieces went where.  A sizable leather-bound manual came with the kit, and pieces of lumber were stamped on the ends, and on the face of each board, with a letter and 3-digit number.  I've read that C boards were 2x6 , and D boards were 2x8 boards. 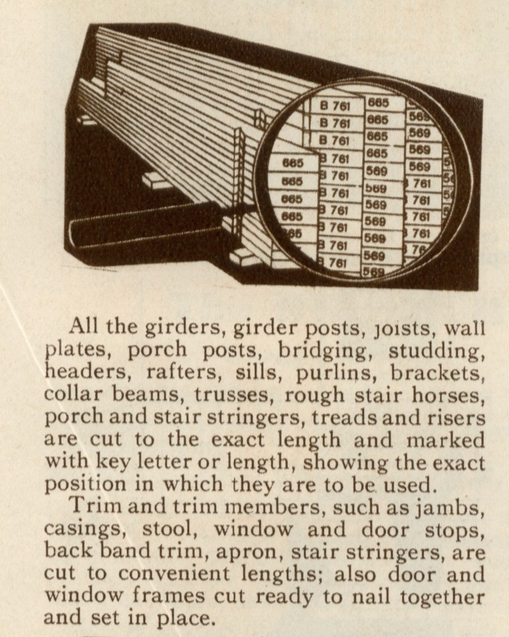 One of the reasons that I was excited to be able to go inside of the Affton Winona, was because I was hoping to find some stamped lumber.  I've never seen any in person. Stamped lumber is a definite authenticating factor, so if we suspect that a house is a Sears house, and we find stamped lumber, we are thrilled.  In the case of the Affton house, I had already authenticated the house as a Sears house, through the existence of a mortgage deed through Sears, but, nonetheless, I was super excited to see stamped lumber in person. Annette, my realtor, and I, looked all over the rafters in the (very clean) attic, but couldn't find any marks.  As luck would have it, though, in the basement, I found two boards with the unmistakeable Sears stamp: a letter and a number combo on each of the two boards.


The basement of the Affton Winona is very clean, so I didn't mind looking around to find some marked lumber. The first spot I tried, was under the basement staircase, as, for some reason, this is often where homeowners find still-visible stamped lumber.  Unfortunately, this was the only spot that had some cobwebs, so I aimed my searches back up to the floor joists...and that's where I found my two spots of marked lumber. 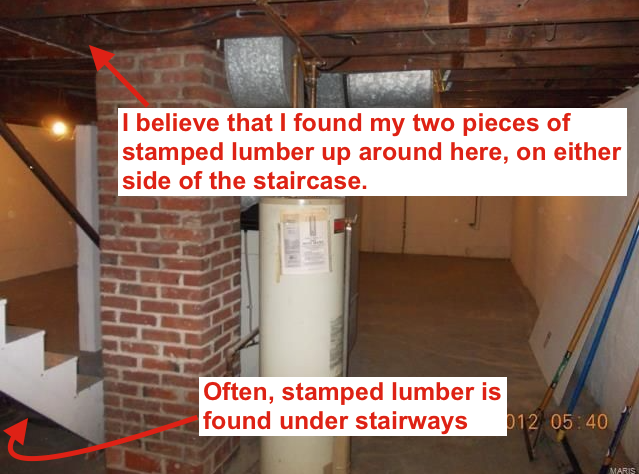 On the exterior, unfortunately, we can no longer see the wood siding of the house, as it has been, sadly, covered over with vinyl siding.  That's my only complaint about the house, but some homeowners feel that its less maintenance.  Right now, our cute little vinylized Winona needs a good power washing, but that wouldn't take much time or effort.  On the front porch, however, the original wood support columns are still in place (wooo hooo!) -- and they are a sturdy support structure:


Who Lived Here
Joseph Friedman is the man who took out the mortgage to buy this Winona from Sears. He took out a $3,900 mortgage, and my guess is that this covered not only the kit, but some, or all, of the construction costs as well (while some folks built their Sears homes themselves, Sears always advertised that they were ready and willing to connect you with a local contractor, as part of your overall price).
Joe lived in Affton, Missouri, and I had a heck of a time figuring out where this house was, because one of the Joe Friedmans in the family actually lived on a nearby street (right next door to another Sears house, the Clyde model), and another, the father of the family was renting nearby, in 1930.   Through a good bit of searching the St. Louis County Assessor's website, and online city directories and census records for St. Louis, I finally figured out that, though Joe Friedman signed the mortgage papers for this house, it was not he, but rather Clarence Friedman, who lived in the Winona at 5060 Lakewood Avenue.  In the Friedman family, father Joseph Friedman had a son named Joseph, and a son named Clarence.  One of the Joseph's must have either gifted Clarence this house, or signed the mortgage for him.  Clarence was six years younger than Joe, and when Clarence married Clara, they must have needed a home... and this was it! 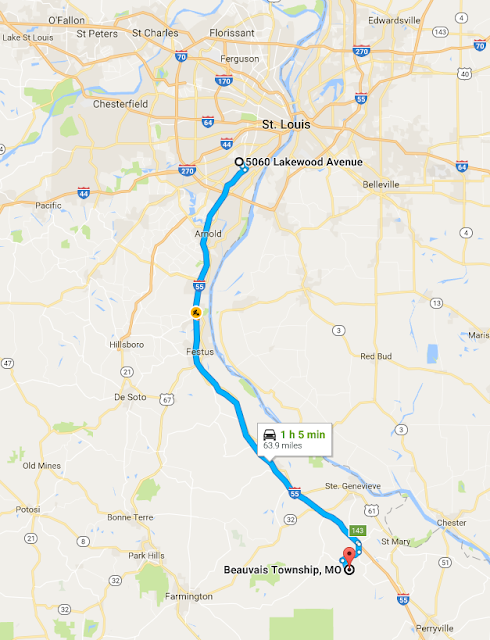 The Friedman family originally lived in Beauvais Township, part of Ste. Genevieve County, a river area about an hour south of the Affton area of St. Louis,  and it has strong French settler origins-- though the Friedman family has German roots. Joseph S. Friedman was a farmer, born in Texas to a German father and Missouri-born mother.  He married Missourian Cecilia (who had a German mother, and a Missouri-born father!), and, in 1920, the Ste. Genevieve census tells us that there were five children in the household: Mary, Joseph, Clarence, Louis, and Wilma.  By the 1930 census, though, the family was in St. Louis, with son Joseph owning a house in South St. Louis, father Joseph renting nearby, and Clarence still living at home, at age 20. 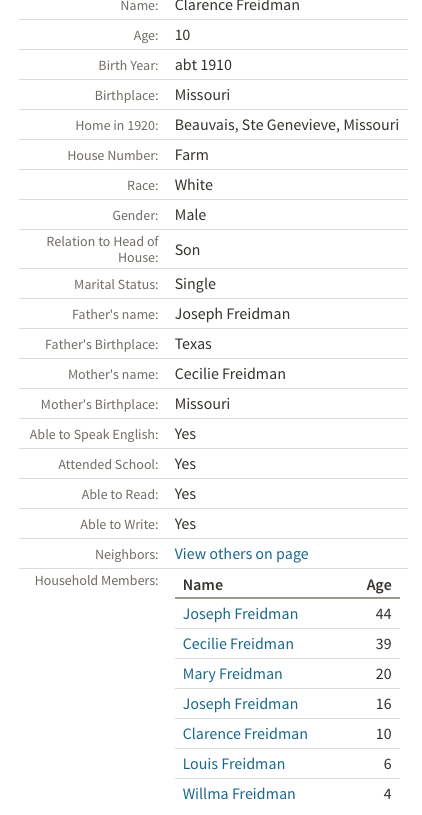 Later city directory and census records put the two brothers in Affton (earlier known as Gardenville, and so referred to in the directories that way, or with the abbreviation Ga ), with Joe living on Waldo Avenue, and Clarence and his wife Clara, living in the Winona on Lakewood Avenue.

However it came to be, Clarence and Clara Friedman lived their lives for many, many years, in the Sears Winona in Affton, Missouri.  Clarence was a mechanic at Sunset Auto Company (possibly what many of us know of as Sunset Ford?), and Clara was a home maker. 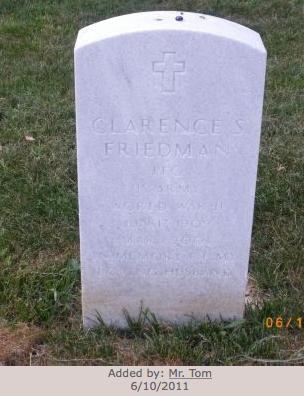 One Last Note on the Winona
By the way, the Winona evolved over the years, ending its long run in the Sears catalog, with this model that the Friedmans lived in.  However, it was first offered in 1913, as the No. 205, and had a bit of a different look, and a smaller floor plan, with chunky porch columns.  It continued with that look through the years, until at least the 1926 catalog. The 1928 catalog is the first year that it is offered with the look that the Friedmans' home has.


Here is an endangered (or possibly now-demolished) older-version Sears Winona, in Dayton, Ohio. You can read more about it, and see more photos, in this Sears Houses in Ohio blog post by Cindy Catanzaro. 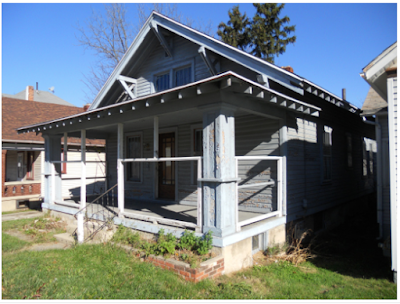 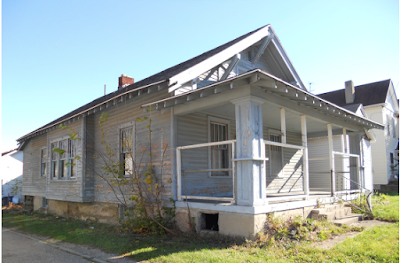 And, finally, here is a lovely old Winona that is being lovingly restored by the couple who write this blog, Eleven02Glen: