Andrew Mutch tends to peruse the Zillow listings pretty often. This house was an easy find, because it mentions the house being a Sears house, right in the listing. We've found that only sometimes is that true, when it's mentioned in a listing (usually it's from a different company, or simply not a kit house at all), but we're confident that this  house is a 1923-era Sears Oakdale.  It even has trademark Sears hinges inside.

The real estate listing says that this Oakdale was built in 1923, and that's the first year that we see it in the catalog. However, up until about 1918, there was another model marketed by Sears, with this name: a two-family structure. Here it is in the 1918 catalog:
The later Oakdale, the bungalow that we see here in Boulder, seems to have been a very popular model. We've found lots of them around the country-- 124 to date. As Andrew Mutch showed, in this Kit House Hunters blog post highlighting an Oakdale in Kansas, Sears also tweaked the design a bit in the last years of the Oakdale, in the 1930s:
The floor plan was the same over the years of the catalog: 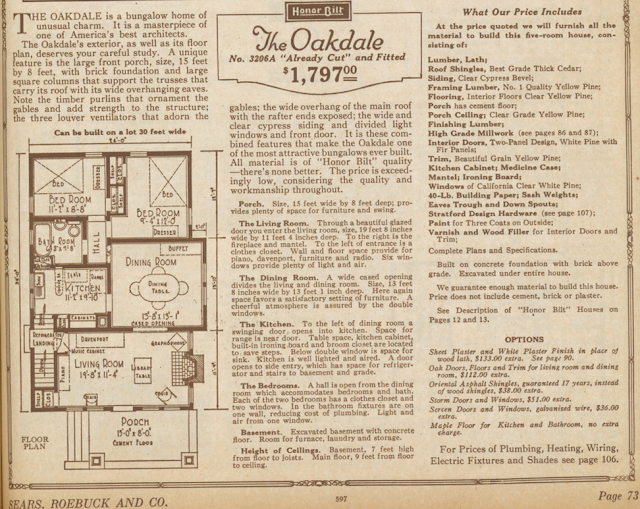 What might really surprise you, though, is the price of this lovely Colorado home:
They're asking $1, 150,000.00. Yup. Over a million, for a nice Sears bungalow. Might just have something to do with the view. And the setting. So, let's take a look at a nice selection of photos from the listing: 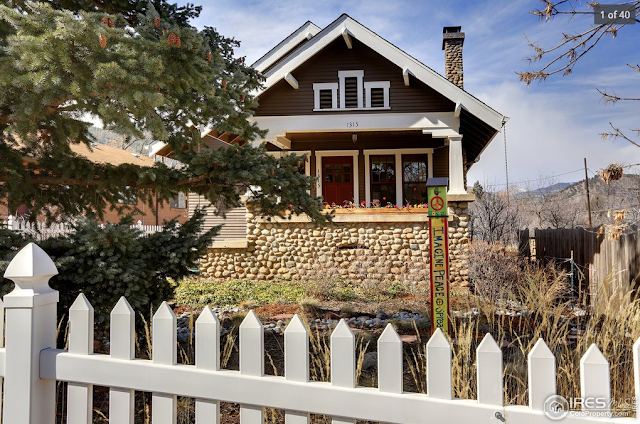 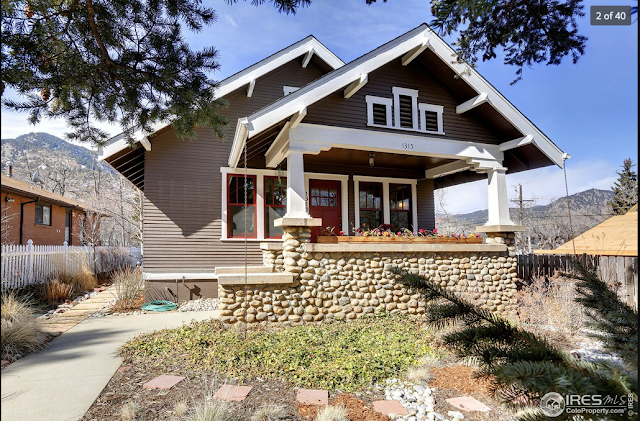 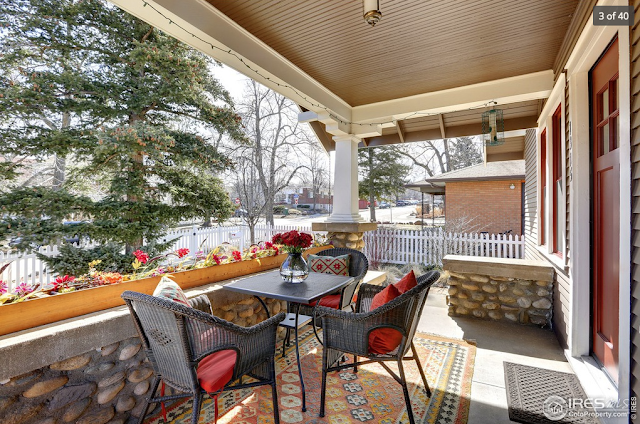 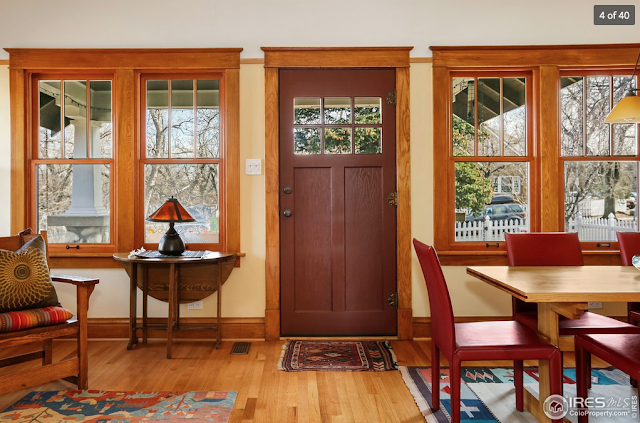 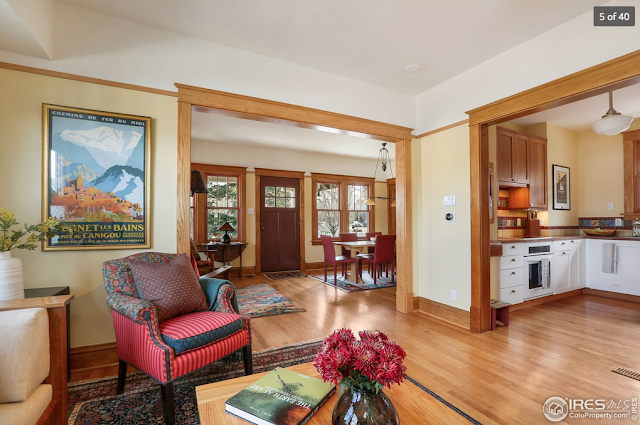 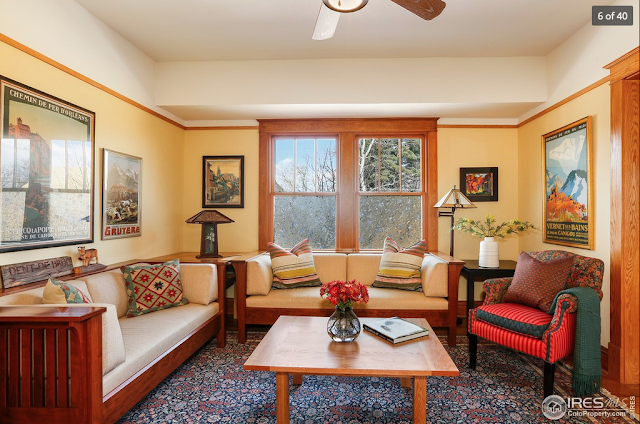 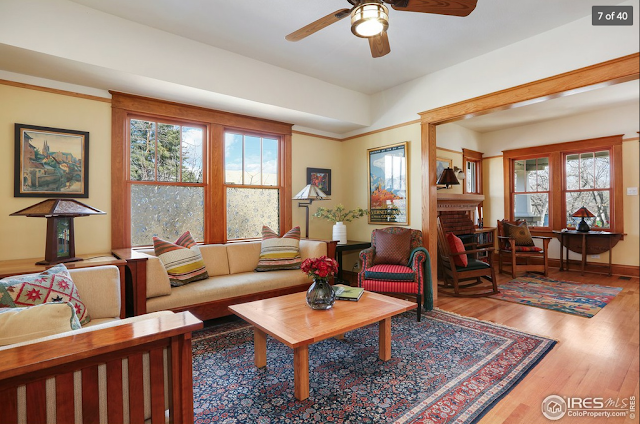 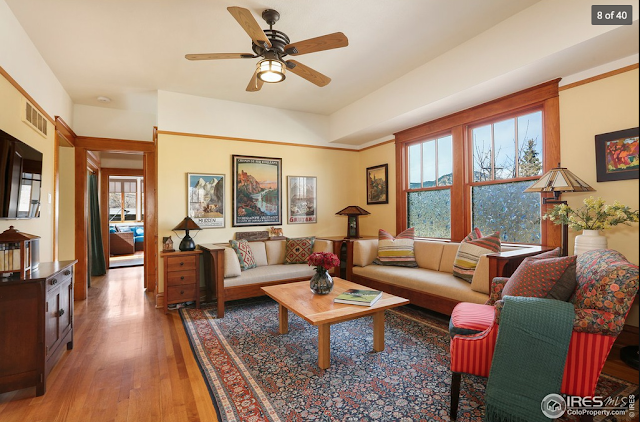 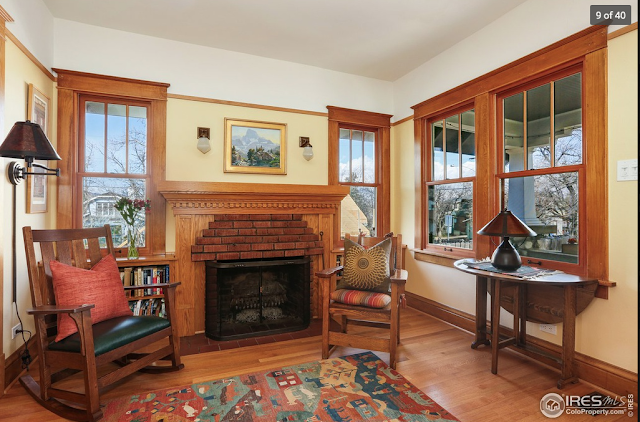 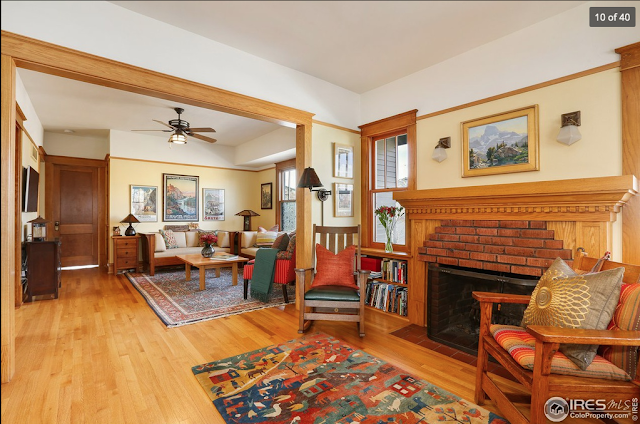 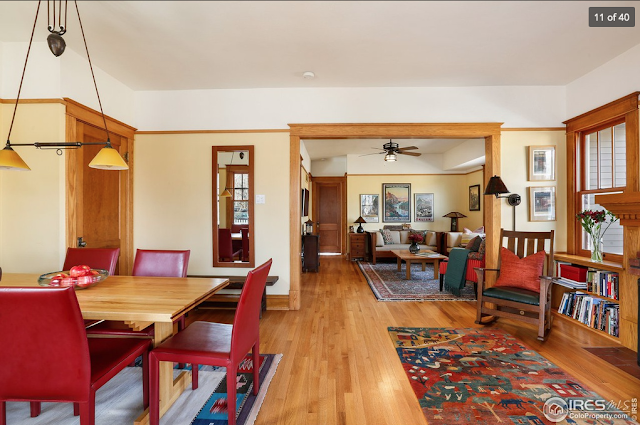 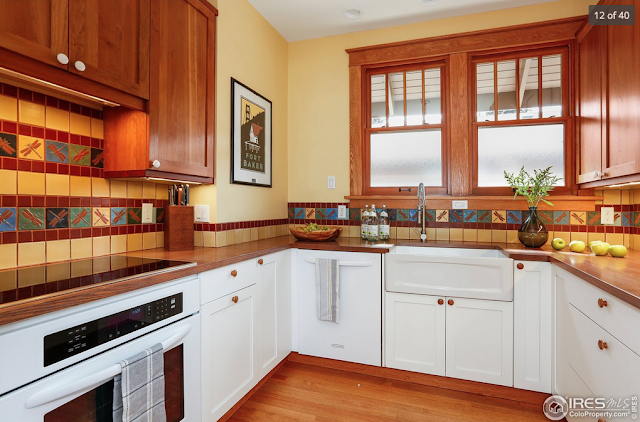 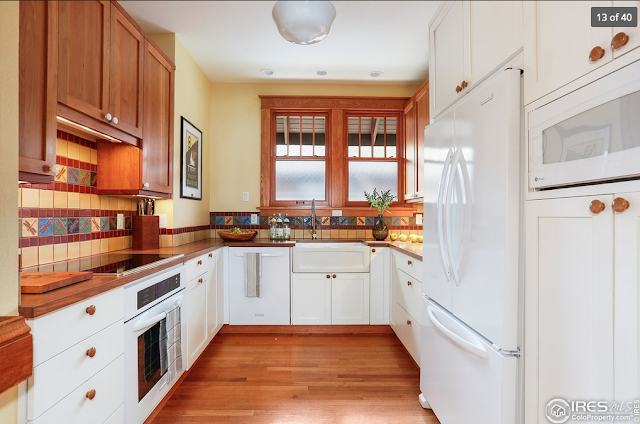 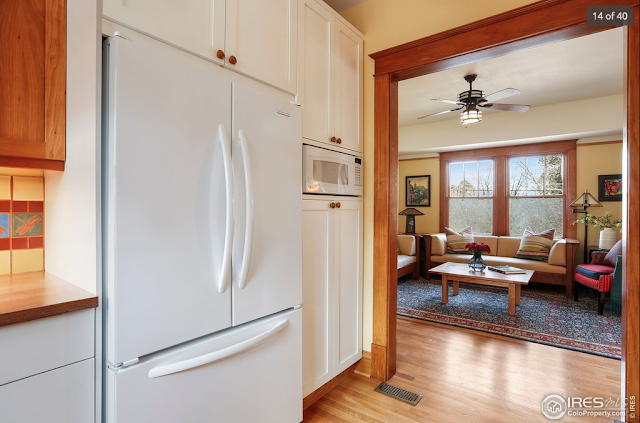 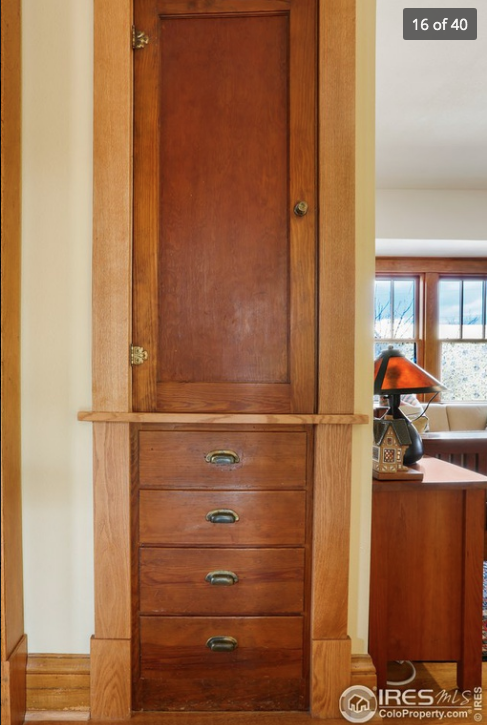 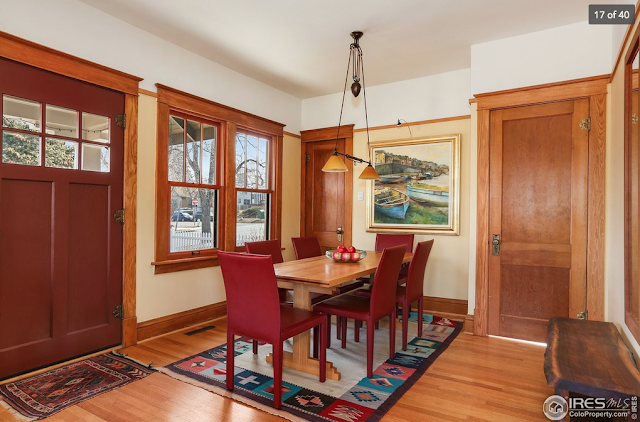 The door hardware is the Sears Stratford design, and these door hinges are also found in the Sears catalog (and we've never seen them offered by any other company): 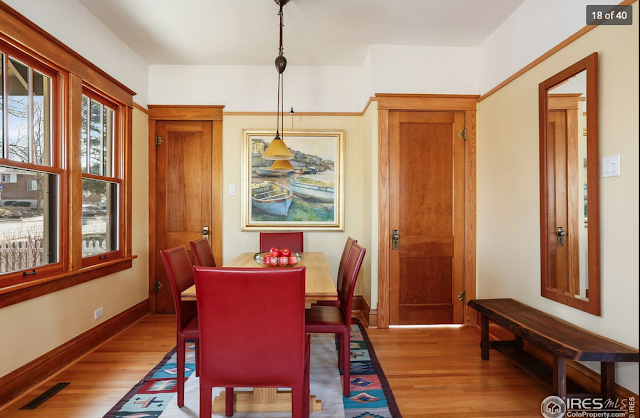 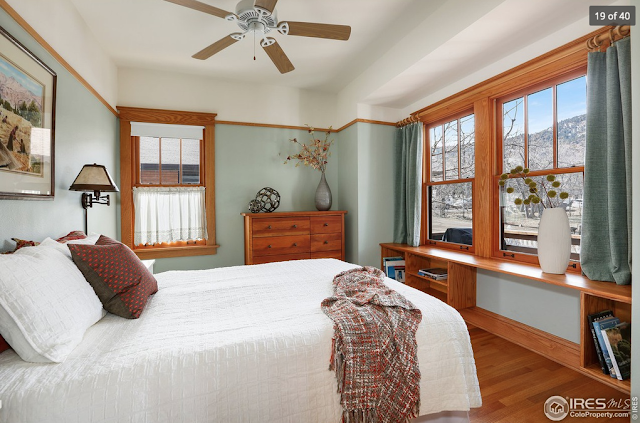 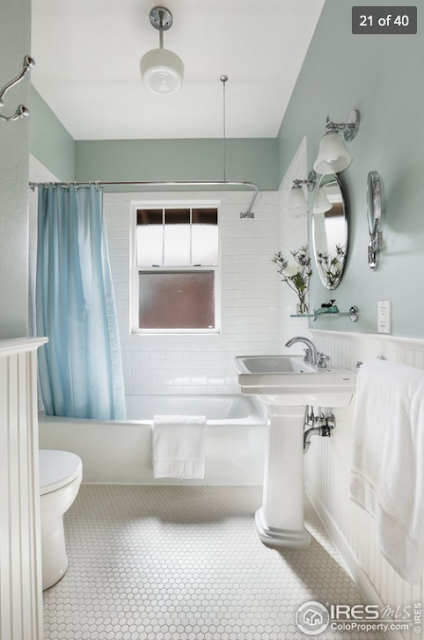 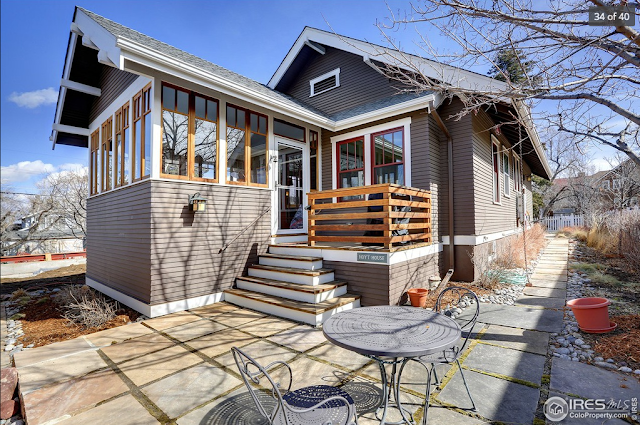 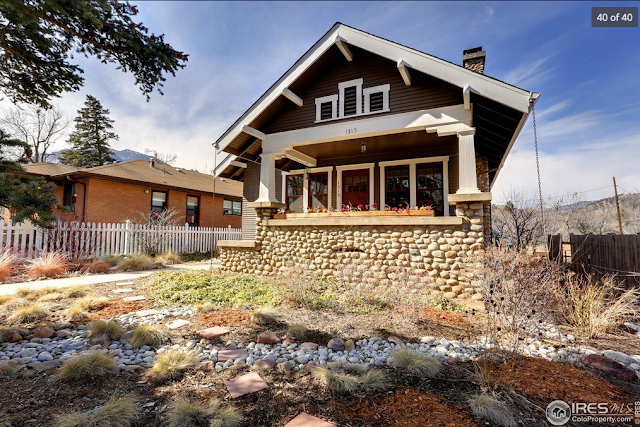 What a lovely home!
Posted by SearsHouseSeeker at Saturday, March 30, 2019