Today, I found a possible Sears house in a real estate listing. I wanted to get a better look, by going to the address on Google maps streetview. Darn! That address, in Berwick, Pennsylvania, was not viewable on Streetview, but I decided that I would plop my cursor down here and there in this sparsely-mapped town, and see if I could find any Sears houses. Third click, and Bam! A wonderful Sears Hawthorne appeared before me!

As I always like to point out, unless we have authenticating materials, like blueprints, or mortgage records, or marked lumber, we hesitate to say that a house is definitely a Sears house. But, when we see doors and windows and dormers and porches all matching up nicely to the catalog image, we're pretty convinced that there's a great probability that the house is a Sears house. And, this house matches up so nicely to the Sears No. 201 / Hawthorne, that I'm pretty confident. This house is, however, lacking a chimney, and it is, as well, the reverse floor plan of what is shown in the catalog (I flipped the catalog image above, so that it would match the house), but both of those are common issues.

I don't have anything to tell you about this house -- no interior photos, no history of who lived there, no newspaper stories. I'm just excited to have run across it!


Other Sears Hawthornes Around the U.S.
Since I don't have any interior photos of the Hawthorne in Berwick, PA, I turned to our private National Database of Sears Homes, because I thought we had one or two with interior views there. Well, one is this wonderful testimonial home, in McHenry, Illinois (Hi, Tami!) that I wrote about in a previous blog post. It was still in renovation mode at that point, so that one won't help much for finished interior views.

But, then I discovered another one, added by a researcher that I don't know, "E. Swegle". Well, E., I hope you don't mind my showing the Hawthorne you found, but it's got great interior views... even if it is a bit of a wreck inside, it really shows off the layout and the original features of a Hawthorne. It was used as a two-family residence, so it has an enlarged dormer in front, and the upstairs...well... you don't want to see the upstairs. But let's see the outside, and some of the first floor, where we find some elements straight out of the Sears catalogs. Images are from this real estate listing. 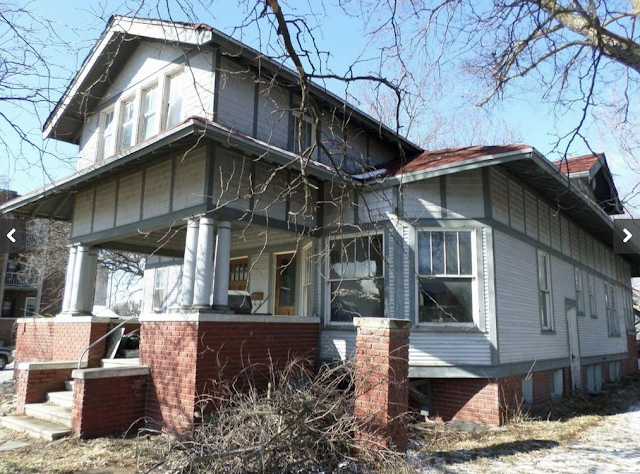 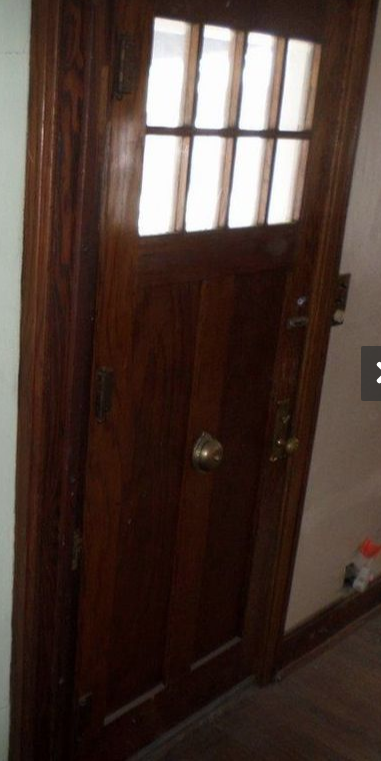 And, in Michigan...
Our two Michigan researchers, Nigel Tate and Andrew Mutch, have found a couple of very likely Hawthornes, in Michigan.


There are also a couple of great looking Sears Hawthornes in this blog post at SearsHomes.org, found by researcher Rebecca L. Hunter, one in Piper City, Illinois, and one in Mattoon, Illinois.

And, Sadly...
We are always saddened to see a historic house demolished. There used to be a house at 16770 Rockdale St, Detroit, Michigan (thanks, realtor and researcher, Nigel R. Tate!) that looks like it was a Sears Hawthorne. It's there in 2013 Google maps streetview, but gone in 2018. 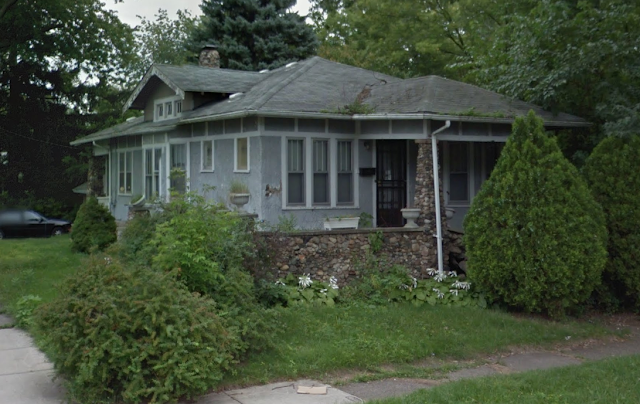 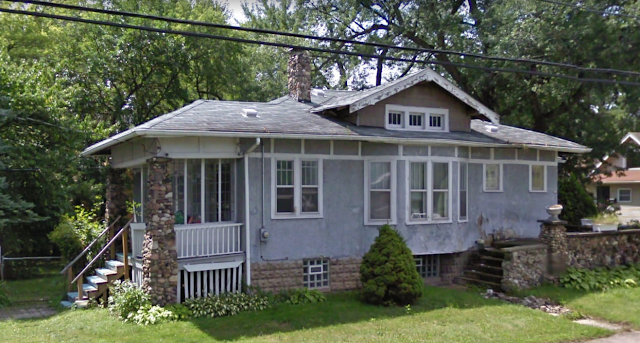 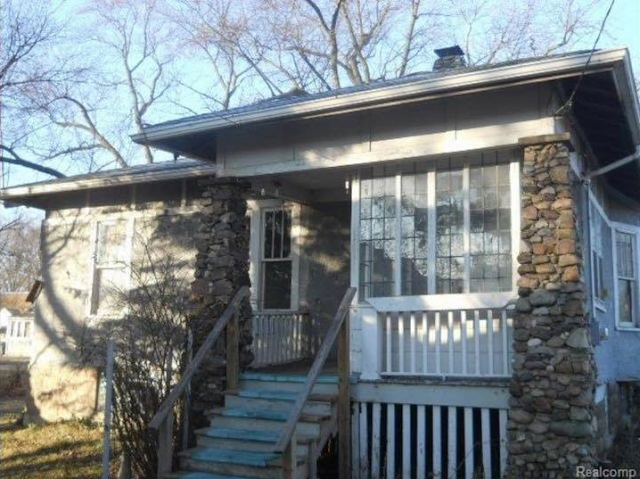 As a realtor, Nigel has access to old MLS photos, we have a few (albeit blurry) interior photos: 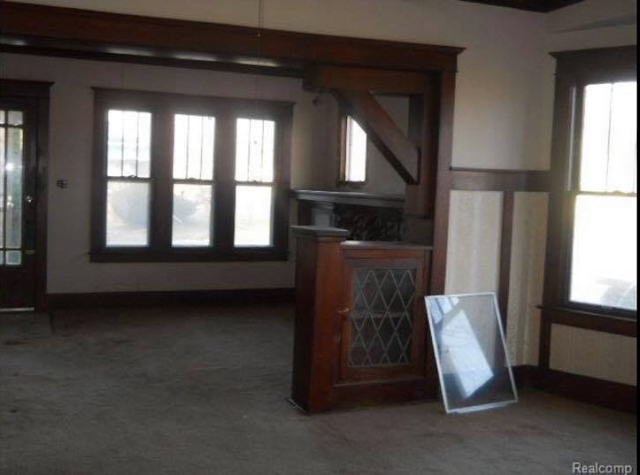 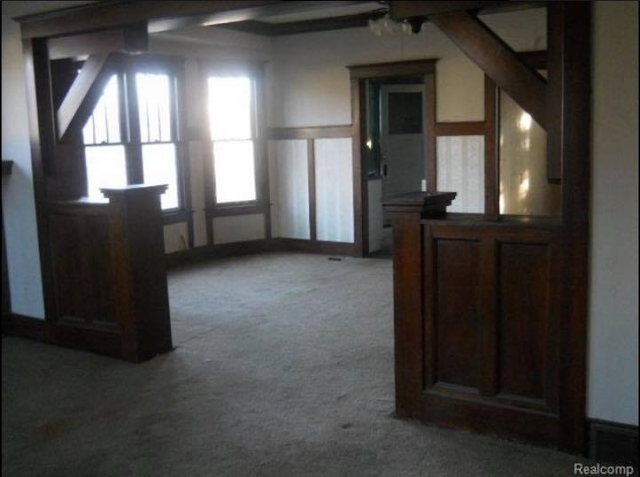 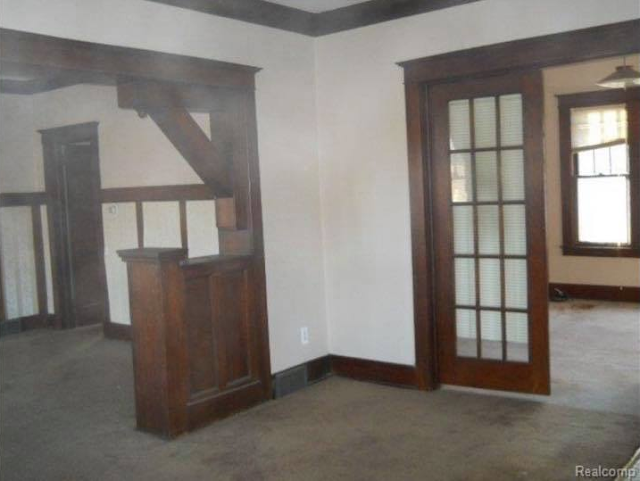 Posted by SearsHouseSeeker at Sunday, March 03, 2019