Sears No. 264P182 and Sears Starlight In Chaffee, Missouri

On the Sears Modern Homes page on Facebook, run by Cindy Catanzaro, we recently had a message from Jordan Stone, a resident of south eastern Missouri, who follows the Sears page.  He let us know that his great-grandparents had lived for many years in a Sears house, in Chaffee, Missouri.

As I tooled around West Yoakum Avenue, looking for which house it might be, I first ran across this house, and asked Jordan if this was his great-grandparents' house. Nope. It's across the street, and up the road a bit.
But... what a find this one is! This looks to be a very old Sears No. 182, also known as the 264P182. The model was listed as the No. 182 in my 1914 Sears Modern Homes catalog's index, but shown on page 20 of that catalog, as No. 264P182. (Note that, according to Houses By Mail, the 1913 catalog had a model No. 182, that is different from this model.) 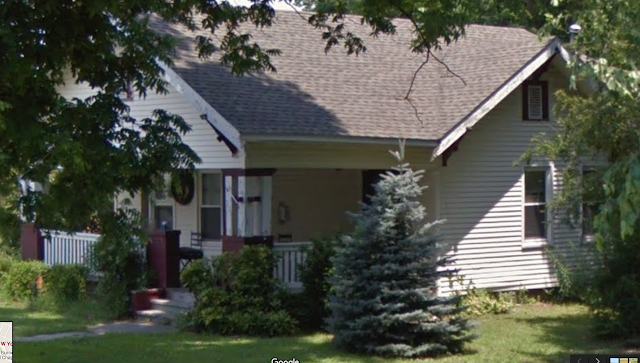 One feature to note, for this model, is the deeply-inset entry door, on the right-side portion of the front porch, which enters into a nice little vestibule area.  Just behind that, we see a peaked-gable roof crossing the main roofline.  Within the upper portion of that gable section, is a small window, and just below it, a full-size window, with another full-size window just behind it, still under the deep eave of the gable-- this area is the dining room of the 264P182. Sears five-piece brackets support the front and side gables, and a nice, simple section of tracery hangs from the center of the front gable.  All of this is visible in the catalog image, and also on the house on West Yoakum Avenue. There is also a vent chimney in the very back of the house.  Notice the grouping of three straight-edge porch columns on either side of the front porch, with the typical flared top we so often see on Sears porch columns, along with a little nob on the upper portion of the column.  Our Yoakum Avenue house has this, just as shown in the catalog image.


In 1914, the 264P182 bundle was listed at $752.  We won't call it a kit, because in 1914, the lumber and door trim and moldings would not have been pre-cut.  The owner would have received just about every bit of material needed for the house, just not pre-cut, all packaged and shipped to the nearest railway depot, for the owner to pick up himself, and haul to the build site.  Sears estimated that it would cost just about $1,000 more to have a finished product, once labor was factored in, along with the costs for the few additional materials not shipped by Sears (cement, brick, and plaster).

Already in 1914, Sears had competition in the mail-order homes business, and the local lumber companies, of course, also vied for the business of Americans wanting to build their own small home.  They made a point of noting the quality of their supplies, and the fact that their houses came standard with a sub-floor, as well as a finish floor over that.

You can find the Sears 264P182 on page 67 of Houses By Mail, or see it yourself online, in the 1915 catalog shown on the Arts & Crafts Society's website.  This model was offered in the 1914 catalog, and continued to be offered through 1916.

Thanks to fellow researcher Andrew Mutch (Kit House Hunters), for his help in identifying this model.

A Very Early Sears Starlight
But, back to Jordan Stone's great-grandparents' Sears house.  Their house sits at 424 West Yoakum Avenue, in Chaffee, Missouri, and looks to be a very early version of the Sears Starlight! The model evolved a bit over its years in the catalog, with its earliest versions being listed as the C2009, C2038, C217, C217A, and the 264P217.  The earliest version had no indoor bathroom (!!), but, by around 1916, a second floor plan was made available, which did have an indoor bathroom.  I learned all about the history of the Starlight model, in this very informative blog post by fellow researcher Lara Solonickne, of Sears Homes of Chicagoland (check out her most recent blog post, which explains a bit about how it so often happens that a home thought to be a Sears kit house, is not actually a Sears house at all .)
And, here is the actual house in question: 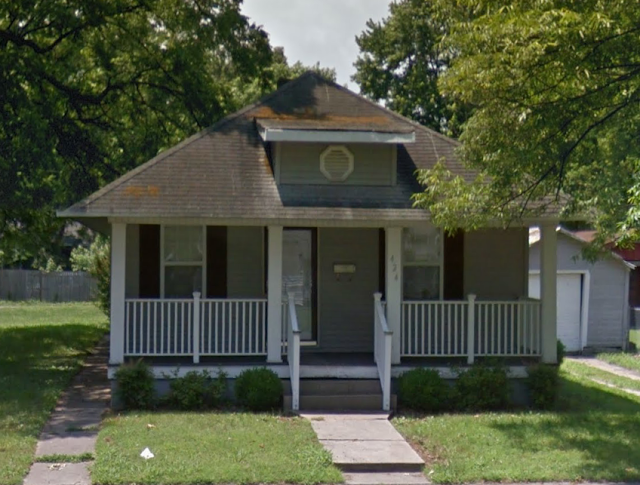 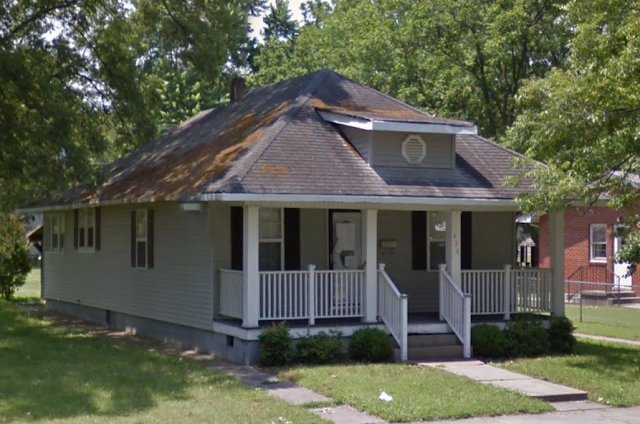 Thanks to Jordan Stone for pointing our collective researcher noses in the direction of Yoakam Avenue, in Chaffee, Missouri! If you know of a mail-order home, please leave a comment with contact information, or use my "Contact Me" form. We love to find these houses!
Posted by SearsHouseSeeker at Wednesday, July 06, 2016