Back in February (2016), fellow researcher Nigel T. brought to my attention this great house in Wyandotte, Michigan.  His first question: Is this a (Sears) Hazelton?

No, Nigel, but it sure looks like one on first glance!

Because I have done several blog posts about probable Hazeltons, Nigel knows that I have spent some time looking at the details that separate the Hazelton from its several lookalike models by other companies.  Gordon-Van Tine is one of those companies that made a house that is quite similar to the Sears Hazelton.  The biggest difference between the GVT model and the Sears model, is the footprint. The GVT model is two feet less wide, and three feet less deep. And, this great 1920 bungalow at 236 Spruce Street, fits the size of the Gordon-Van Tine model exactly:

The Gordon-Van Tine model was first shown in the 1916 pre-cut homes catalog, as model No. 573. The 1919 catalog listed it as No. 2573 for pre-cut (though it was also available not pre-cut).  Both catalogs offered the house as a 2-bedroom model, with the upstairs attic space as unfinished, and pointed that out in the descriptions of the house:

However, by the time of the 1920 catalog, the model received a new number: No. 517 ... or, No. 517B, if you opted for the finished upper floor, with two extra bedrooms, and a storage room behind that three-window dormer. Another important change: the front now has double windows flanking the front door, instead of triples (edit/update, January 2022):

If the town assessor's records are correct, this house was built in 1920.   A recent real estate listing for this house, shows the upper floor attic area as unfinished, just as the earliest version of this model was shown:
Before I Go Any Further...
Let's take a look at a few more views of the exterior and interior of 236 Spruce Street. Because... after closer inspection of interior photos, and the rear of the house, I have come to the conclusion that this is not a GVT, after all.  It is too small for a Sears Hazelton, but one key photo shows that it does not follow the layout of the GVT: the hallway photo. 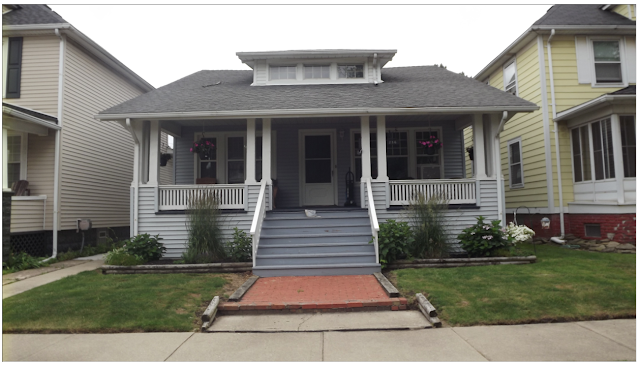 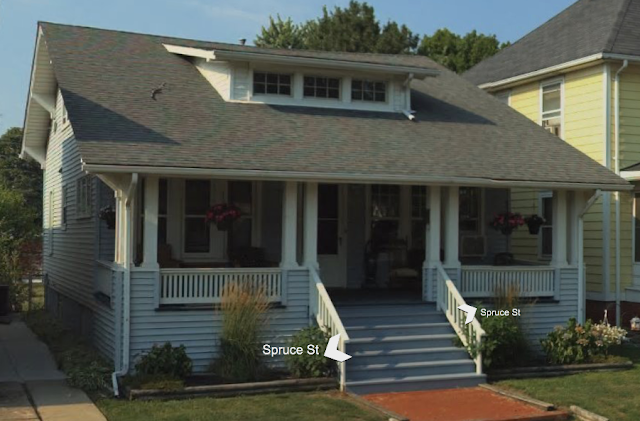 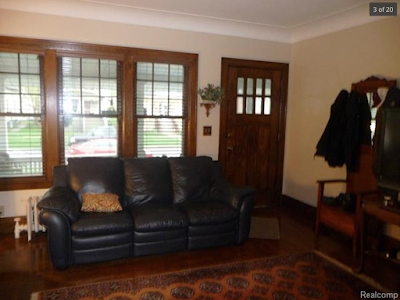 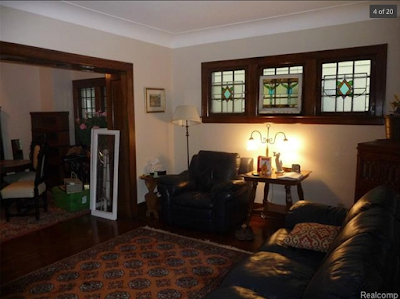 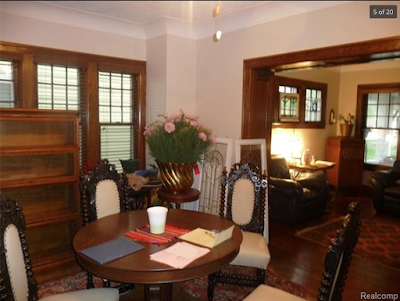 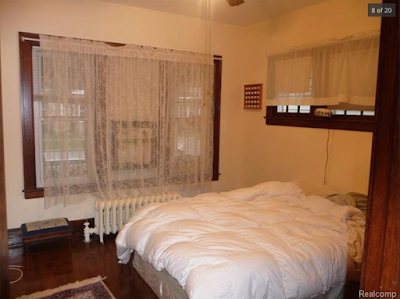 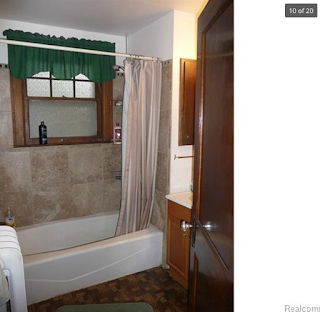 Look closely at where the doors lead off of this hallway.  Now, compare that to the GVT layout, and to the Hazelton layout. The GVT hallway has a turn, and just doesn't have doorway openings like this. It does look right for the Hazelton... but, the house is too small to be a Sears Hazelton.

Another photo that shows us a discrepancy, is the one of the back porch.  Look at the GVT's layout. The back porch is much less than half the width of the house. But, even if the porch had been enlarged, notice where the back door and windows are.  This house has a door, and then a window, and another window. The GVT model has a door or window, a cellar door, and then another window. And, the spacing is not like the GVT.  However, it's not like the Hazelton, either.

And, finally, note where the short side windows are in this front bedroom.  They should be much further back on the wall, if it were the GVT model:

Conclusion
So... what is the point of this blog post?


It's a reminder that we can never be certain about a house whose interior we can not see.  Drive-by "windshield surveys" are unreliable.  We researchers have only been aware of four lookalikes to the Hazelton (read about them here, in a previous blog post), but, apparently, there is at least one other. This one, for example!

Posted by SearsHouseSeeker at Friday, July 15, 2016