There is something about a dutch gambrel roof that really gets me.  I think that might be what draws me so to the Sears Marquette model.  I especially love its deep eaves (here's a handy illustrated guide to architectural terms), and I love those three little windows... the little round one at the top, and the two half-round-topped ones on either side of the double windows.  I love that this house in Upper Darby has those windows still intact!

This house was sent to me by a former owner. He raved about the interior -- huge master bedroom, beautiful wood floors, everything still original, when he lived in it in the 1980s. Unfortunately, I don't have any interior photos to show, but if he sends me some, I'll update to add them, so check back!

According to Houses By Mail, the Marquette was only offered in 1921 and 1922. But, I've found it in my 1920 catalog, and here it is in the 1923 catalog, thanks to our friends at Daily Bungalow:
Here is the front cover of the 1923 catalog, again, from our friends at Daily Bungalow:
You can see that the price was actually higher in 1920 (below).  I understand that, right after WWI, wood prices went sky high, and most of the homes in the 1918-1920 (or so) catalogs are higher than in catalogs from even a few years later.  The Marquette came "'Already Cut' and Fitted", which was the term Sears used for the kits that had all of the lumber already cut to size, and numbered with a system to guide the homeowner / builder to put the house together.  Of course, the price you see here didn't include your lot (you had to already have that), and it didn't include the labor for construction -- Sears usually estimated that, if hiring a builder, you could estimate about a total cost of double the kit price (at least, that's what I've seen suggested for several homes in the catalogs).
And, here is the cover of the 1920 catalog, from my own collection:
The 1920 catalog describes the first floor this way: And here is a floor plan of that level of the house:

You can see the side entry door here, on this little image that appears in the lower corner of the catalog page.  And there's the little side dormer sticking out of the second floor -- that's all you can see on the real house, because Google streetview doesn't allow me to get a full shot of that side. There's the little square front window toward the front, too. 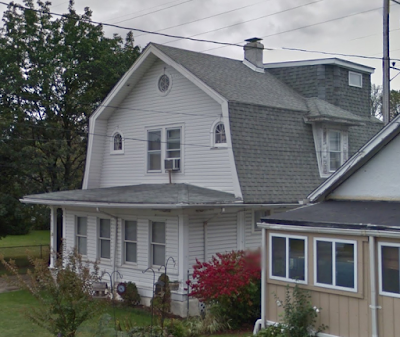 Here are a few exterior photos just sent to me by the former owner, probably taken around 1984. See how the original cedar shingles are there? And the two-color design? Lovely.  This is pre-vinyl siding. Ahhhhhhhh :) 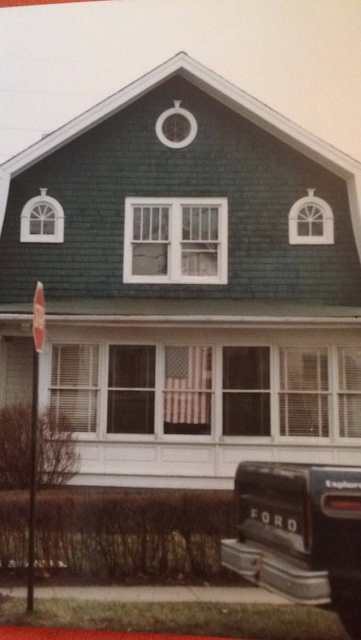 The catalog's description of the second floor  mentions big bedrooms (and, wow, look at the size of that front master bedroom!), and... how nice! Built-in closets! Sears was good about including built-in closets, even though so many houses we see from the pre-19teens era in the US, don't have any built-in closets. They aren't the big walk-in versions we look for these days, but they're there, at least!

And, here's the 1920 catalog's 2nd-floor layout image:
Even though this house has the front porch enclosed, you can still see those nice, original Sears porch posts, just like you see in the catalog image. 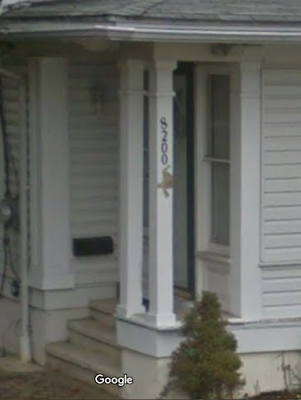 Though it didn't come as a standard feature, it looks like our Upper Darby Marqutte has an added dining room "bump out" as we call it.  I don't know if that was added on at time of build, or was a later addition. 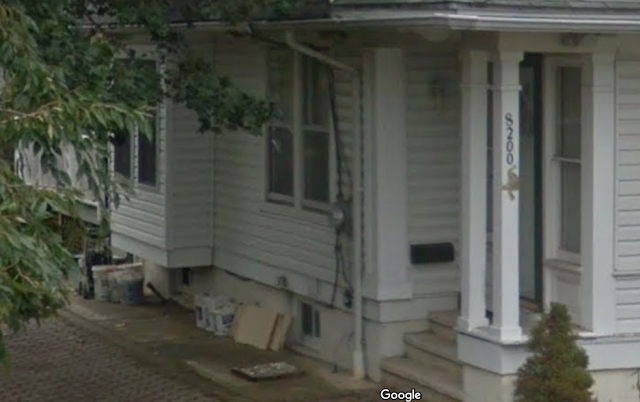 Another Marquette In Pennsylvania
I did recently run across another Marquette in the Penn Hills area of Pittsburgh, thanks to a Zillow listing. That was the first one that I had ever seen, and this only makes, I think, three on our National Database of Sears Houses.  Unfortunately, this house is in rough shape, but there were a few interior photos in the listing, that can give you a bit of a feel for the layout of the first floor: 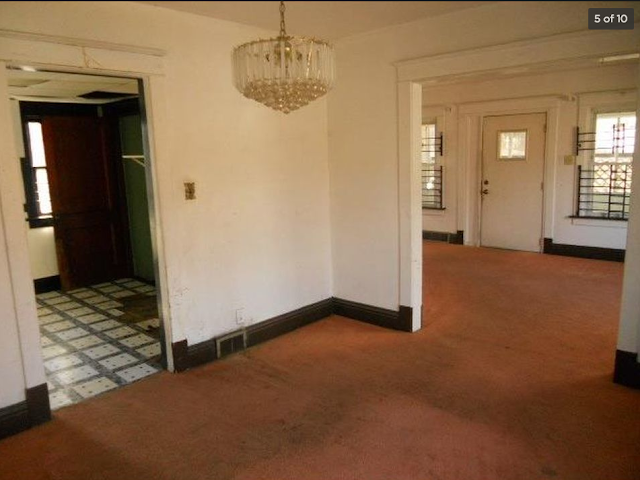 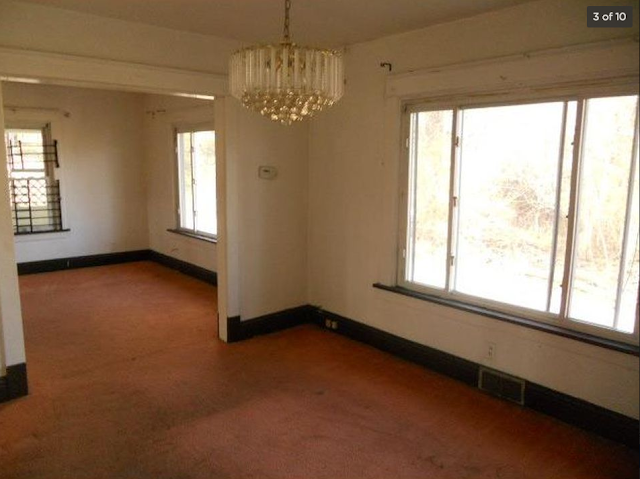 My thanks to the former resident of the Upper Darby Marquette, for sharing the information with me!

If you think you know of a Sears house, please don't hesitate to contact me using the "contact me" form on the right side of the blog.  If you include an email address, that will help :)
Posted by SearsHouseSeeker at Monday, June 05, 2017