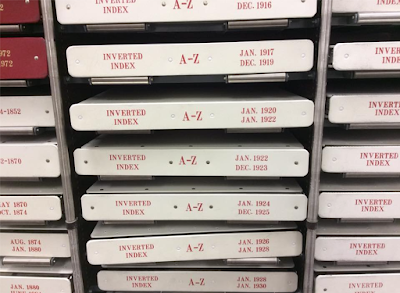 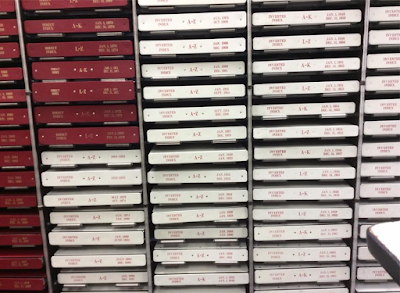 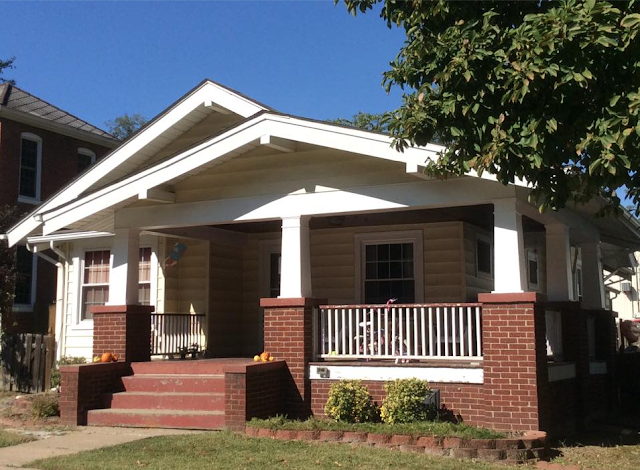 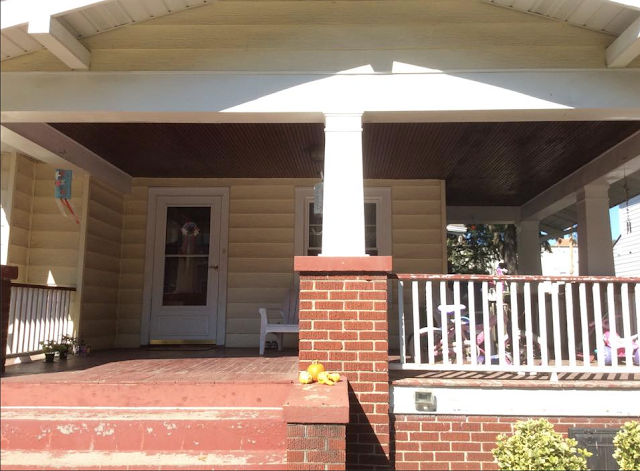 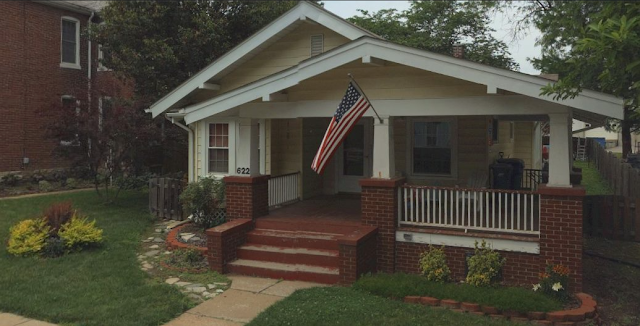 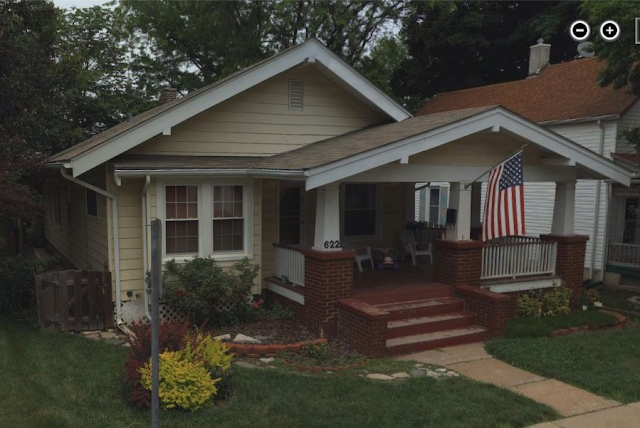 Two Waltons in Pennsylvania
Pittsburgh, PA: Fellow researcher, Karen DeJeet, who lives in the Pittsburgh area, has found us a really nice-looking Walton, at 9643 Hilliard Road, in Pittsburgh.  She found it on her own, driving around Pittsburgh, but, fortunately, it also has a Zillow listing, that gives us two nice views of it. It's one that still retains its original cedar siding shingles... or... maybe not. That might be vinyl cedar-shingle-look siding. It does look nice, though! (EDIT: We've been in touch with the owner, who verifies that this is, indeed, the original cedar shingle siding, and, that the house has both Sears shipping labels and stamped rafters, making it now authenticated!)
Bethlehem, PA: One day, while perusing real estate listings, I found another Walton in Pennsylvania, this one in Bethlehem.  And, we're in luck with this one! It has some interior photos to show off the great interior woodwork. Its build year is given as 1924, and its porch railing matches the one shown in my 1922 and 1924  catalogs. Click any of the images to make them larger.
Here's the Walton's floor plan, to give you an idea of what you'll be seeing for the layout of the rooms in the interior views. 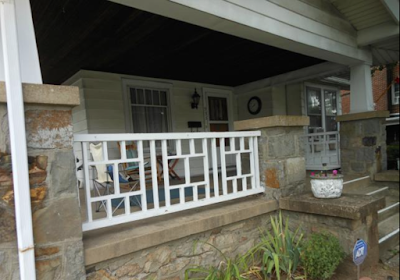 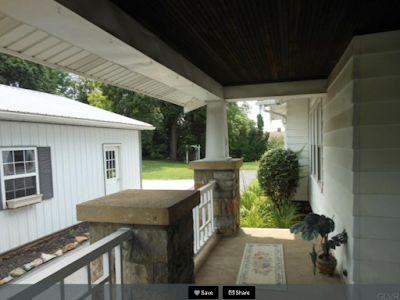 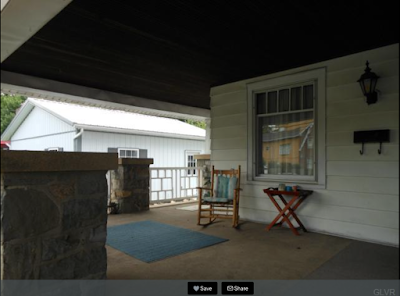 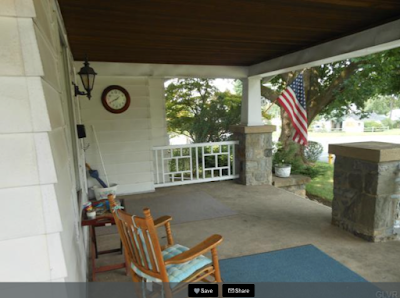 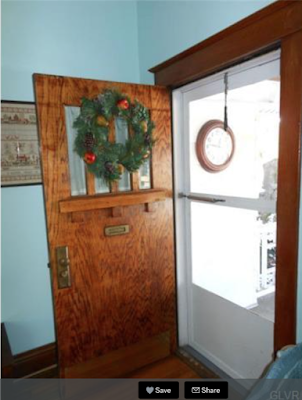 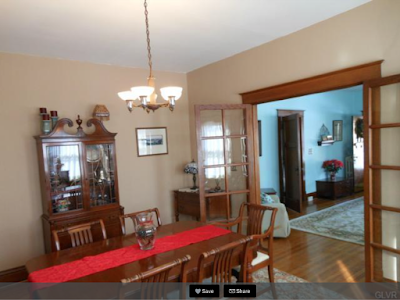 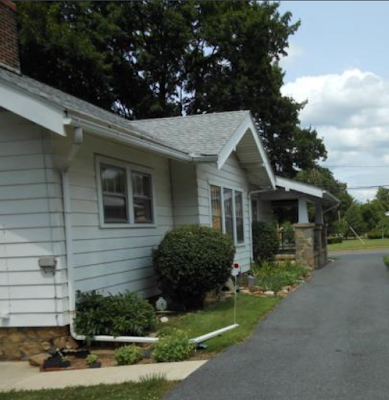 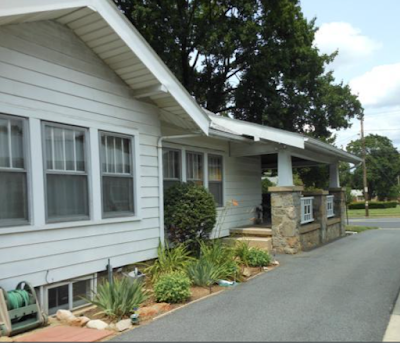 Of course, the last home shown here is not officially authenticated. But, it matches pretty well spot-on the look of the exterior and the interior of the Sears Walton.