So, let me be clear: I am completely a novice at kit-home and plan-book searching.

But, I have learned a thing or two.

The first thing I learned, was that Sears is not the only kit-home company. I learned of Wardway (homes marketed by Montgomery Ward) early on, when I went to the library to get a self-published Rose Thornton Sears book, and found that she and Dale Wolicki also had a book on Wardway homes.  Turns out there are many companies... Sears was a big one, though.

The second thing I learned, was that Sears and Wardway (and all of the others) marketed homes that looked just like each other's (sometimes REALLY just like, and sometimes just similar), and just like all of the other homes from the 1920s and 30s. I learned this by thinking that every house in this town where I live must be a Sears home-- and finding out that they're not. Not at all. Almost none of them. Really. But they sure are darn close. Sometimes maddeningly so.

How do you know it's not? Well, usually, an established researcher will point out something to you that is really stupidly obvious... to them (and then to you)... since they look at these houses all the time, and they realize there are not-quite-the-same lookalikes out there everywhere. When you're new to the game, you think something that "pretty much looks like" the catalogue image, just MIGHT be ... but, the experienced researchers see right away that it's not.  The door is in the wrong spot. The width of the front gable is way off. The windows are in totally different spots. The slant of the roof is completely different. The footprint of the house is completely wrong. The house is from 20 years before Sears started marketing that house. That kind of thing.

Here's a house that is right around the corner from me-- I was SO excited when I realized that it was the spitting image of the Lewiston that everyone in the Sears Homes FaceBook group was talking about! So, I walked over, took a bunch of photos (with too many damned trees in the way), and proudly posted my photos:

But... I was immediately informed that this wasn't a Sears Lewiston. There are many other kit-home companies and plan-book companies with SIMILAR designs. Some companies (like Standard Homes, have about 5 different size floor plans).


I found that some folks in that FaceBook group were patient and supportive. But, not everyone. Sometimes, talented, knowledgeable folks, with tons of experience, a great eye, and miles and miles of pages of catalogues in their possession (all super-efficiently organized by house-style theme), just don't know how to be diplomatic. Or polite. Or gracious. Or, they just don't want to be. When you come across one of those people, and your house IS a Sears house, they're excited as heck to be the one to "authenticate" it for you (I guess they like giving off that, "see what I know that you didn't really know for sure!" vibe).  But, if you're wrong... whoooooaaa Nelly, watch out! You'll be corrected. Bluntly. Every time. Right away. And your pictures will get mysteriously deleted. Before anyone else can answer your questions. Yes, it's a hobby. Yes, there's no need for this kind of impatience.  But, it's there with some people, that's for sure.


Truly, it's understandable that folks would get a bit tired of the same thing happening over and over again. And having to tell yet another new "enthusiast" that she or he is not looking at all of the details. But, everyone started off at the same point. Some folks just forget that they were there at one point, too. Some folks can handle these repetitious errors from newcomers with unending patience and kindness, and really enjoy helping you come to figure this out on your own. It's probably a special gift to be one of those kinds of people.  And-- they're out there! So, don't despair! (I've found another great FaceBook group, by the way-- where I feel at home, and I learn something every day.) Just today, with the incredible patience and guidance of two of my house-seeking buddies (both incredibly knowledgeable and well-versed in researching techniques), I found my first house via a foreclosure deed (a deed or a mortgage record is undeniable proof that the house came from Sears-- or whomever).  It was such fun. It was a dinky little old bungalow, but some family loved it back in 1927, and lost it in 1928, so, as I was excited about my find, I knew to keep in mind that there are real people attached to these homes we seek.

With that, I'll leave you with photos of the sale listing (from CircaProperties -- they specialize in historic homes) of the real Lewiston house I showed at the beginning of this blog. It's just gone under contract! A new family will be adding to its interesting history. 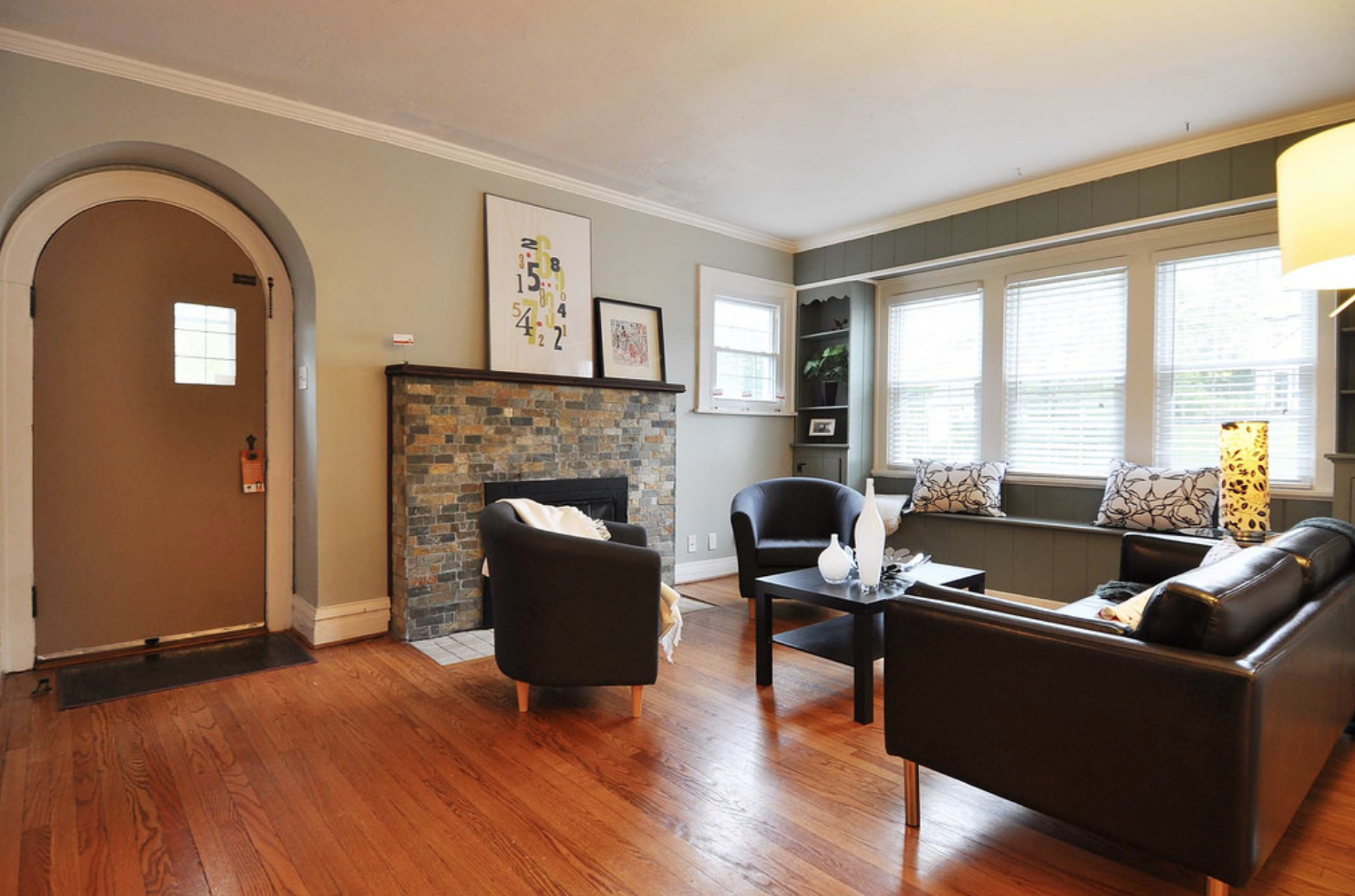 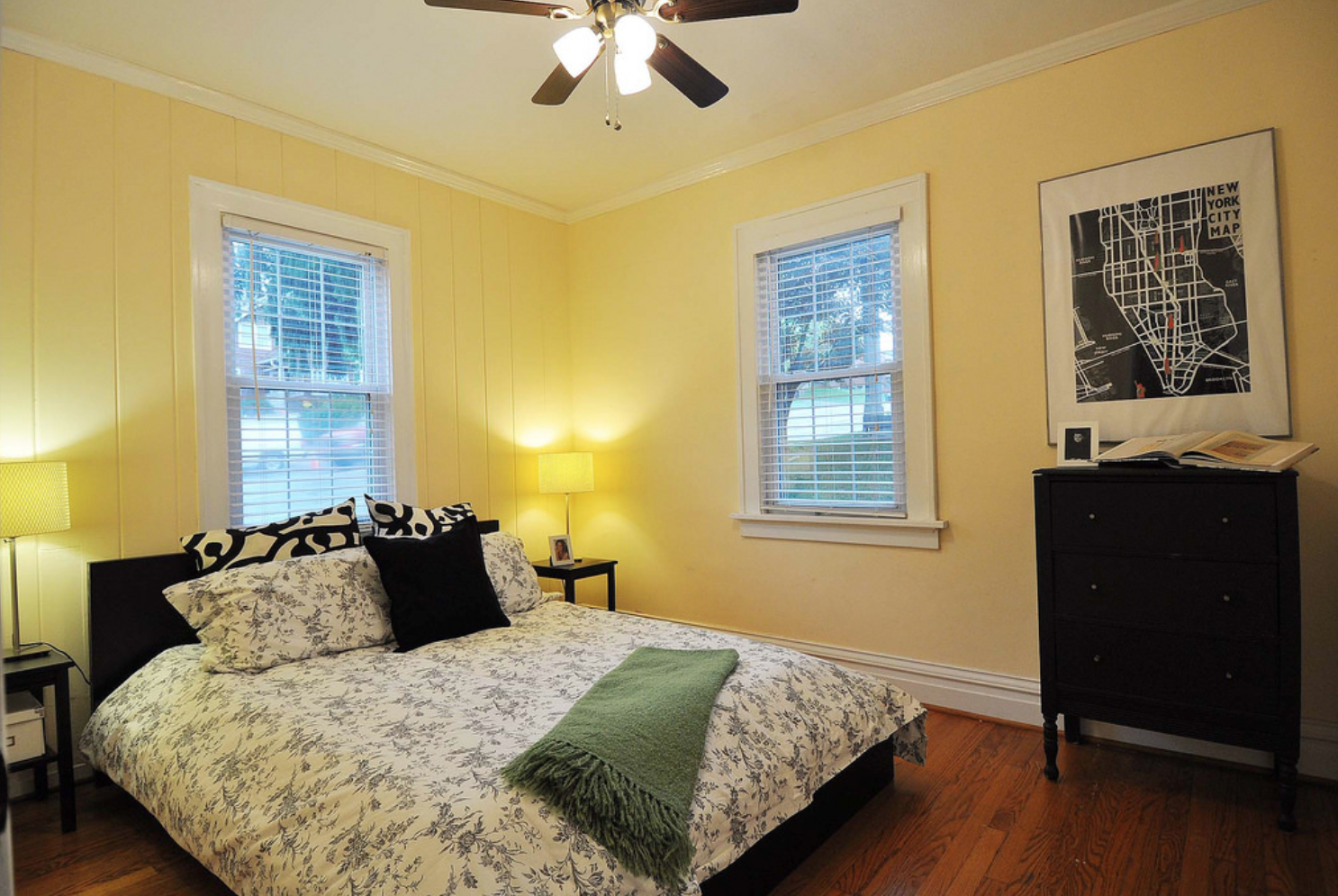 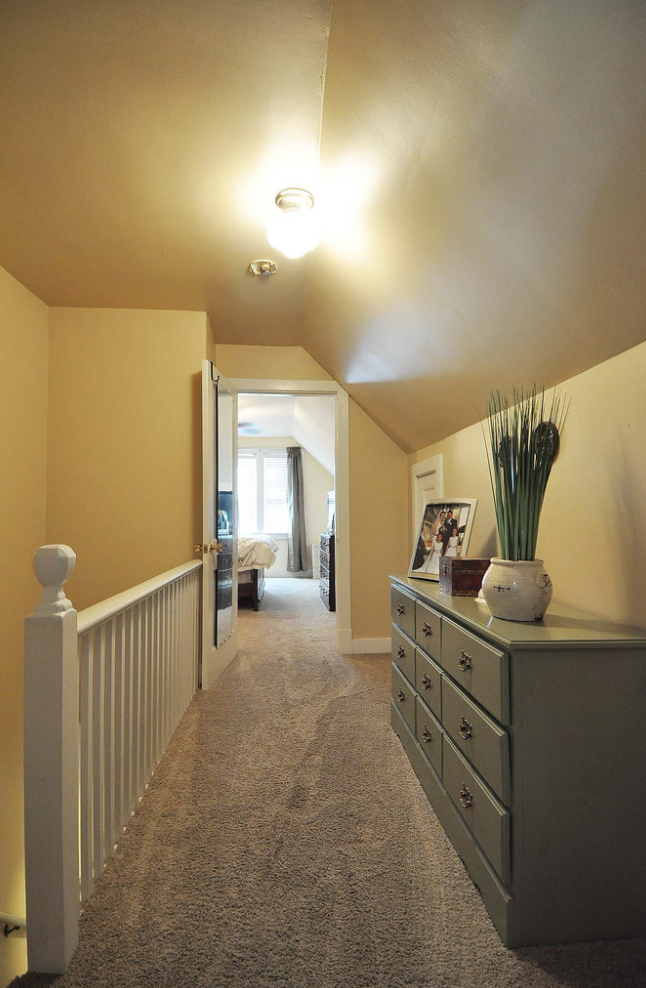 UPDATE:
This house has now been authenticated.  I located the 1929 Sears deed, signed by Walker O. Lewis, in my research in June of 2015.


Other Authenticated Kit Houses in Webster Groves, Missouri
• Sears Stanford in the same neighborhood as a lovely Randolph
• Sears Clifton, right next door to the Sears Stanford
• A custom-design Sears home on Westborough Place
• A wonderful Gordon-Van Tine Company's Model No. 535, on Oakwood Avenue
• A beautiful Lewis Homes' Marlboro on W. Lockwood
• A Lewis Homes Ardmore model, on Lee Avenue

For other authenticated Sears homes in the surrounding towns of Kirkwood, Glendale, and other areas of St. Louis City and County, please use the SEARCH function on the right-hand side of my blog.

Posted by SearsHouseSeeker at Tuesday, December 30, 2014