This little home was built on Acton Road in Columbus, Ohio,  in 1929, according to official assessor documents. But, we know better :)

So, that's what the assessor's site says about the house.  But, the foreclosure deed* says that Walker O. Lewis (trustee for Sears) received the house back from Ada Belle Murphy (and her husband, William Ray Murphy) in 1927... and that their mortgage deed began in 1926.  I'm still not fully clear on how these foreclosure deeds for Sears worked, but they usually show Walker O. Lewis, and then, a year or so later, Sears Roebuck & Co.

The Josephine was available in Sears catalogues from 1921 through 1929, according to HOUSES BY MAIL (that nifty book published by the National Trust for Historic Preservation).  The Josephine is on page 258.

I don't have an actual Sears catalogue, as so many avid researchers do.  These days, there are wonderful digital copies of several issues of kit-home and plan-book catalogues on archive.org.  Right now, that's good enough for my needs.

The Josephine could be bought at one of two price points:

You can click on the images to see them in larger format. 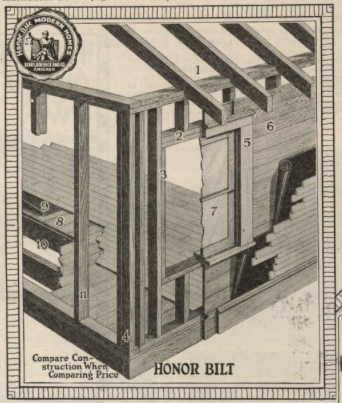 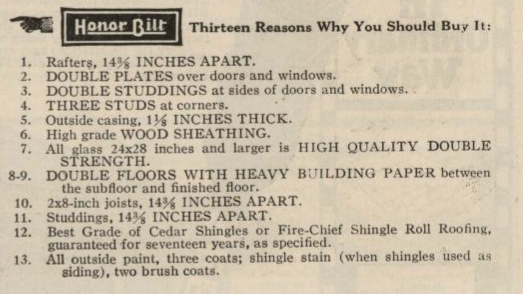 I don't know what Ada Belle and William Ray chose.  They would have paid about one third more, though, for the stronger, pre-cut Honor Built version.

If they did choose the Honor Built version, then here is what their flooring would have looked like:

Sears described the quality of their wood choices, and everything else, as being "a little better than you have a right to expect". Heh heh :) That made me chuckle.  My husband, too.  That was on page 11 of the 1921 catalogue I got all of these images from.  You can see it yourself here.

Still, though... one of the selling points for these Sears kit houses now, is that we know that they were made of strong, old-growth lumber, of the type you can't even get anymore.  The wood in these homes was solid and strong.

So, we don't know what the Murphy family had hoped for.  They must have hoped for their little 4-room, 1-bath home to look something like this lovely idea in the catalogue: 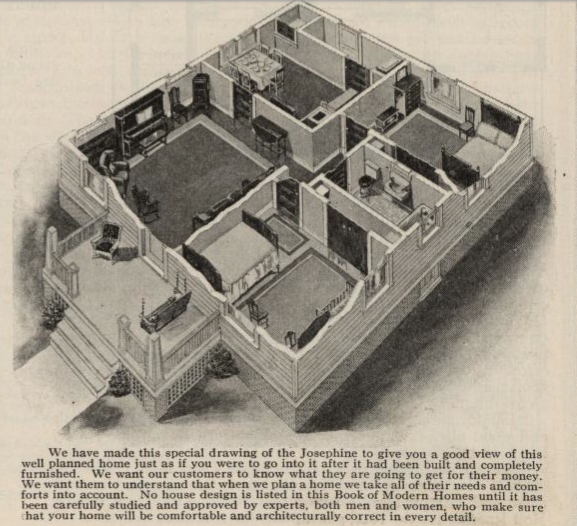 I guess all we do know, now, is that they didn't get to live in their little Josephine.  But, since 2003, the current owners have an extra bedroom, and an extra bath,  thanks to that little addition there on the left side of the house... all packed into 952 square feet.

*Thanks, Cindy C., for pointing my nose in the right direction to find this house you had already found :)

Posted by SearsHouseSeeker at Thursday, January 01, 2015