The Sears Milford model, a double-window Cape Cod style, is not found everyday.  And, by the current looks of this one, you'd never have found it by driving by!

During my mortgage searching for St. Louis Sears homes (in June of 2015), I found a 1933 mortgage taken out by C. William Schemm and his wife, signed by Sears trustee E. Harrison Powell.  Oh, I just love seeing that name in the grantee listings!  It was for lot 23, block 4 of Dickson Place subdivision of Glendale, Missouri, in the St. Louis area.  That didn't ring a bell, so I searched for C. William Schemm in the census records for 1940.  I was excited when I found him listed at an address on Edwin, in Glendale, because it's another street near me, parallel to Elm Avenue, where I had found a mortgage for a brick Sears Maplewood (read about it here).  When I checked the address in the St. Louis Department of Revenue real estate listings, I found that, sure enough, 296 Edwin sat at lot 23, block 4 of Dickson Place. Bingo!

So, I took a ride up there on Google maps, and lo-and-behold, I spied this grayish-blue house.  And a dinger went off in my head, because I remembered walking by it while they were doing construction on it last summer.  I remembered noticing the front porch, and the fresh, new cedar shingle (look?) siding on the two big dormers. But, when I looked at the older Google view, from 2012 and 2007, I saw the yellow version shown above, and below,... and, I then remembered noticing that house during walks the previous year.  I thought that big added shed dormer looked cumbersome, with those three pointy dormers sticking up.  I never had liked the look of that yellow house, and I hadn't realized that the new version was the same house.  I like it much, much better in its latest version. 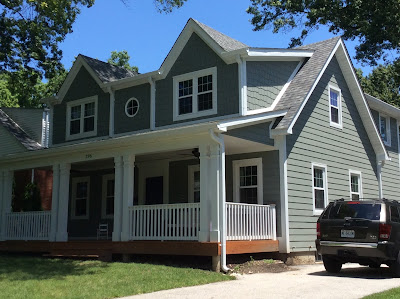 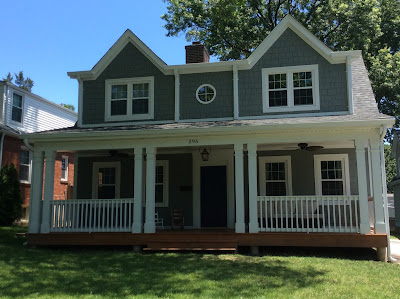 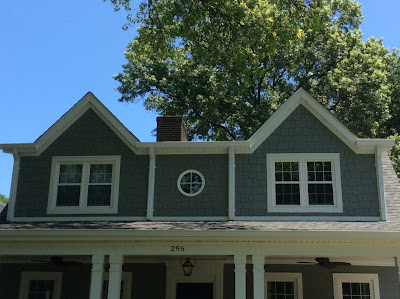 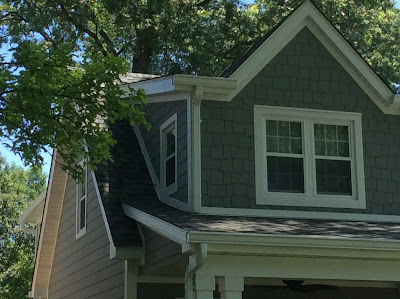 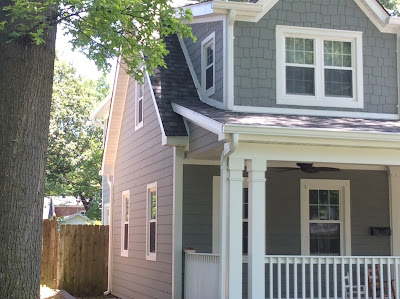 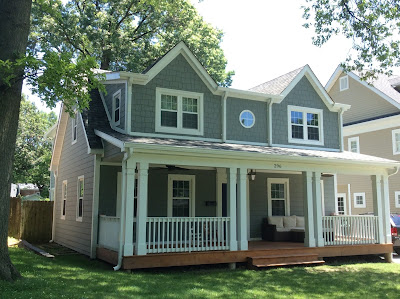 When the house was up for sale, in 2013, they marketed it as being ready for you to "bring your personal touches" to "add instant equity".  And that's what someone did. Here are the rather poor quality photos from the listing, on Zillow.

Who Lived Here?
C. William Schemm was an electrical engineer, with four years of college.  He and his wife moved into their little Milford cape cod when he was 28, and she was 24.  By 1940, they had their two little children with them, as well as the services of a live-in maid, Frieda Schneider. Their mortgage was for $4,650.