Harris Brothers was a competing kit company, in business during the same era that Sears and the other kit companies operated. This model N° 117 was available in their 1913 catalog, when they were still in business under the name, Chicago House Wrecking Company, and it was still in the catalog in 1914/15, when the company began under their new name, Harris Brothers. I haven't seen a Harris catalog for the years 1916 or 1917, but I do know that this model was no longer offered, when the 1918 catalog was issued.
If you read my last blog post, you might be doing a double take, thinking that I'm posting the same house, or another example of that same model... because the Sears N° 126 had very similar lines... same kind of roof style, porch in the front, inset front access, and the big, obvious similarity: the chamfered corners on the front sides of the house. The Sears model has chamfered corners on the back, as well, but the Harris model does not. Here are the two, side by side... it doesn't take long, looking at them, to realize that there are window differences, and that the porch roof is a different style, and that the Harris model has an additional little peak-roof dormer in front (many Sears N° 126 models that we find, have added rooms upstairs, with side dormers, though):

The floor plans of the two models are not at all the same. On the Sears model, you walk into what is considered a reception hall, and the living room/dining room space takes up the right side of the house, with the bedrooms on the other side, and the kitchen in the center of the back of the house.  But, the Harris model has that space right as you walk in, as the living room, and the kitchen is at the back of the right side of the house, allowing for a front dining room on the right side, and three bedrooms, instead of the two in the Sears N° 126. So... let's just let the similarities and differences speak for themselves, and remember that these are two distinct models, from two different companies, with just a similar feel. 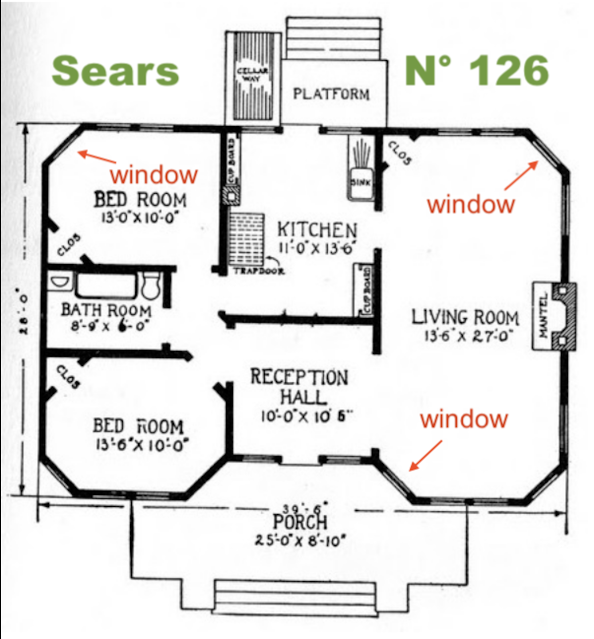 The 1918 catalog refers to "The Harris Way", which was the name of their pre-cut system (providing the framing lumber pre-measured and pre-cut, needing no on-site cutting to be done), but no mention is made of that in the 1914/15 catalog, so I assume that they--like Sears at that time -- were not yet offering pre-cut framing lumber. Sears began to offer that in 1916, and so Harris must have started at some time between 1915 and 1918.  That means that this house in Rising Sun, Indiana, would have been shipped with standard-length lumber, still needing to be measured and cut on site, as was the traditional construction method. What they advertised as being the benefit of buying from them, was the concept of having all material come from one source, all shipped together in train-car loads, ready for you or your construction crew to get to work. We now refer to this as buying a house as a kit, but, interestingly, none of the companies used that term. Some of us are more comfortable referring only to pre-measured/pre-cut lumber houses as kits, but there is no set determination of what the definition of this is... since the companies themselves did not use the term. To me, the term kit can be applied because of the fact that the buyer was getting a full shipment of everything needed to construct the house, even if measuring and cutting was still part of the construction.

I ran across this house as a real estate listing, and snagged the interior photos to put together a blog post to document this beautiful model. I showed another example of this model in 2015, in this blog post about an example of the Harris N° 117 that I ran across while out on a ride in the countryside in Massachusetts, during a visit to see family there, but I hadn't seen the interior of one of these. So, here we go... in no particular order, images of the exterior and interior spaces of a probable model N° 117 from Harris Brothers Co, that has had its attic space re-purposed into a spacious bedroom area: 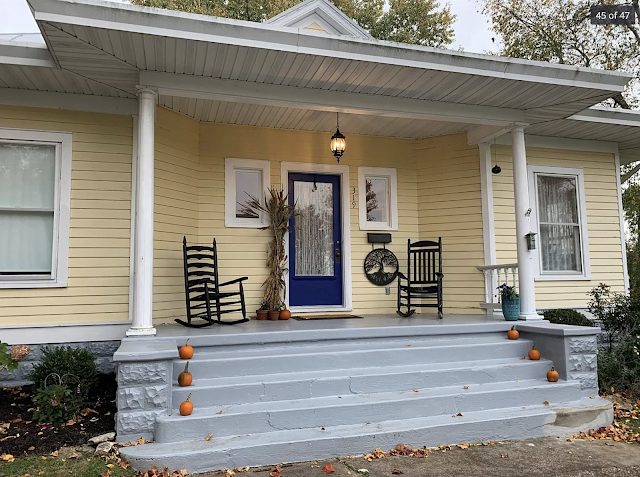 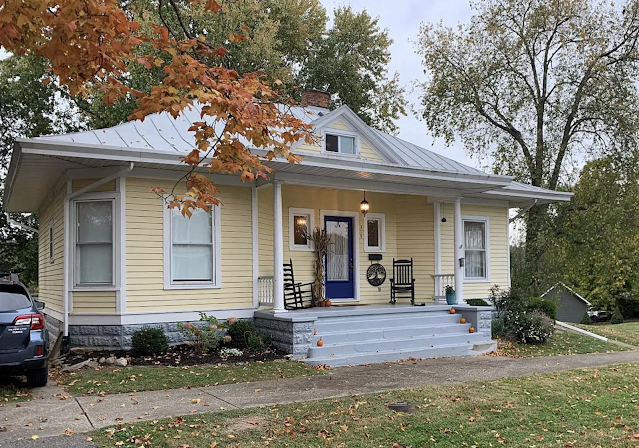 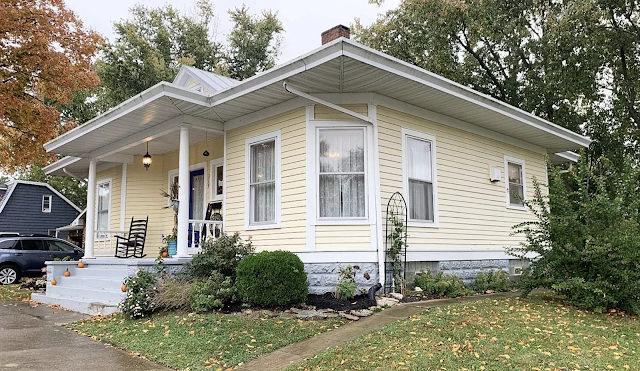 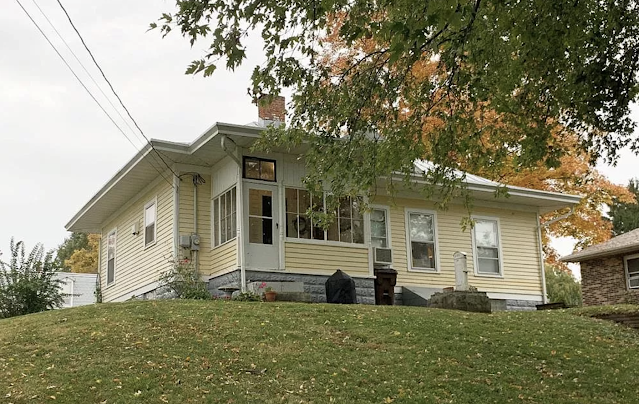 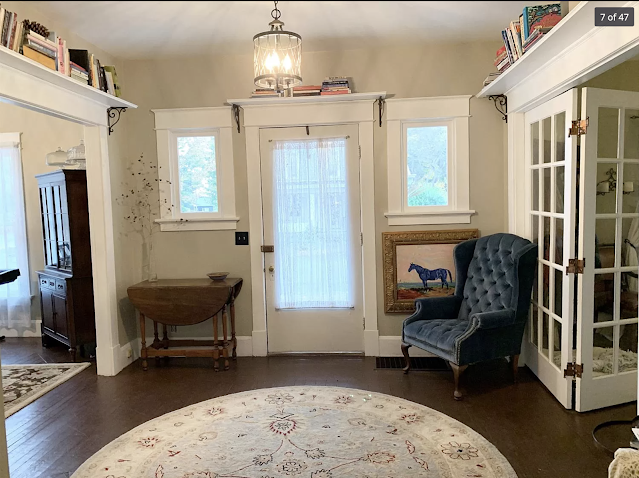 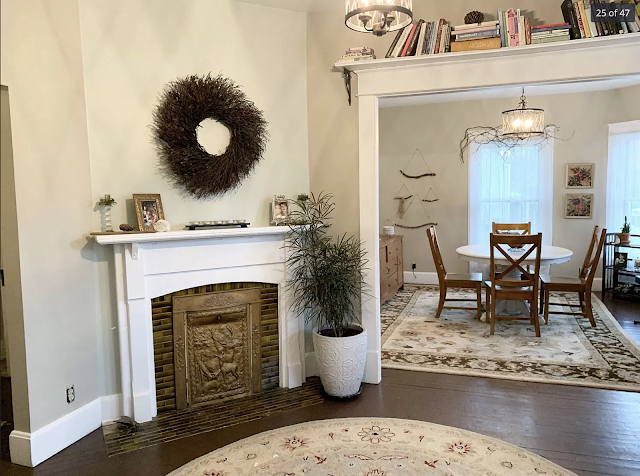 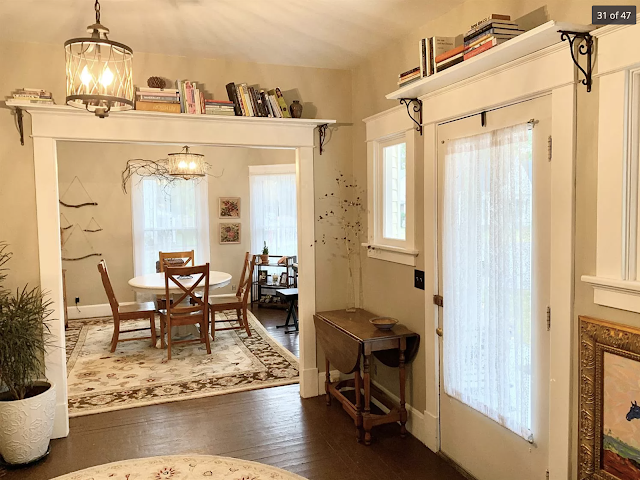 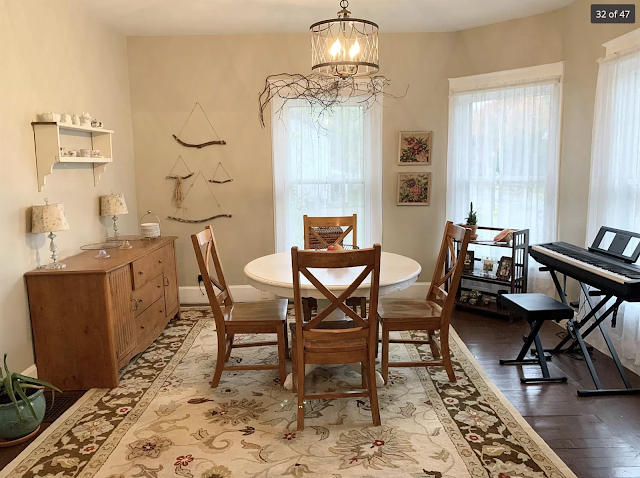 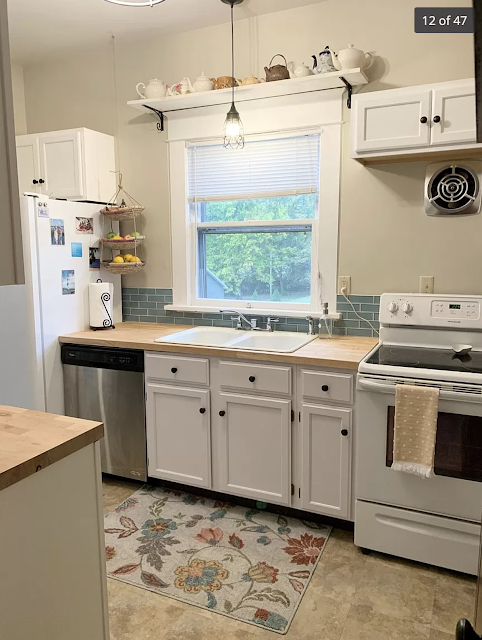 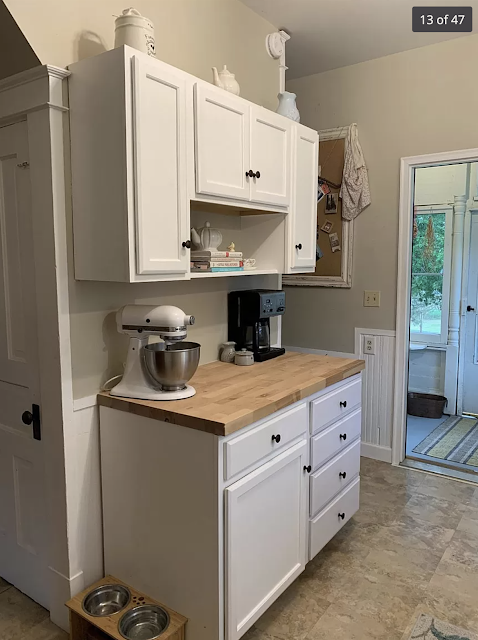 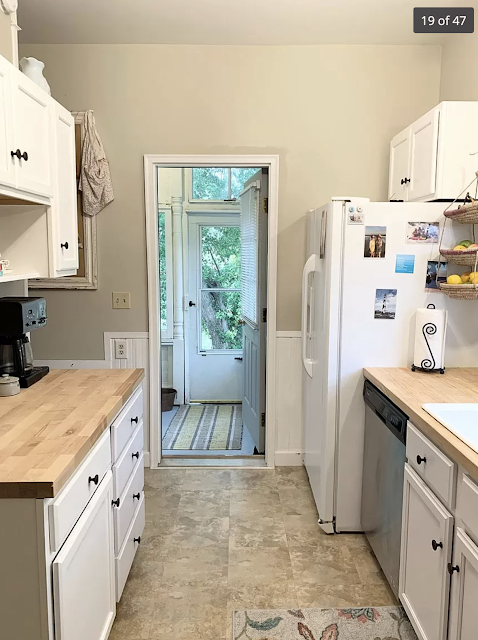 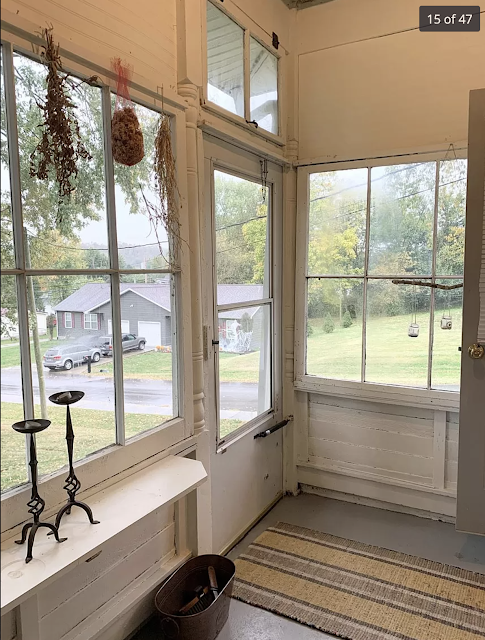 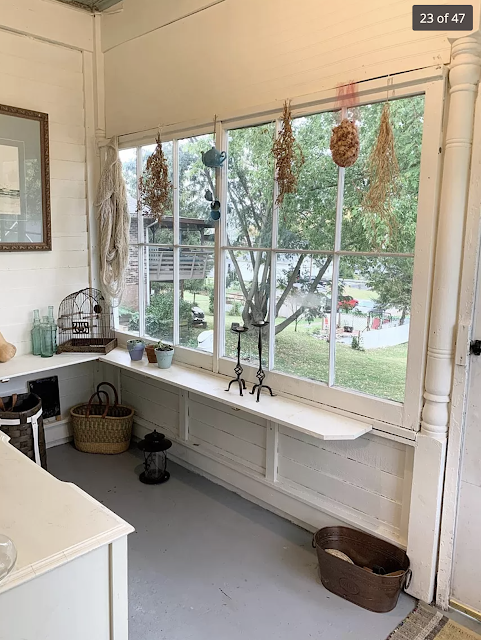 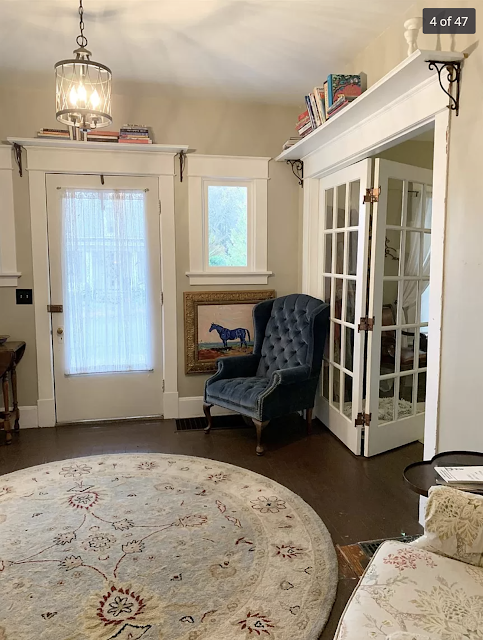 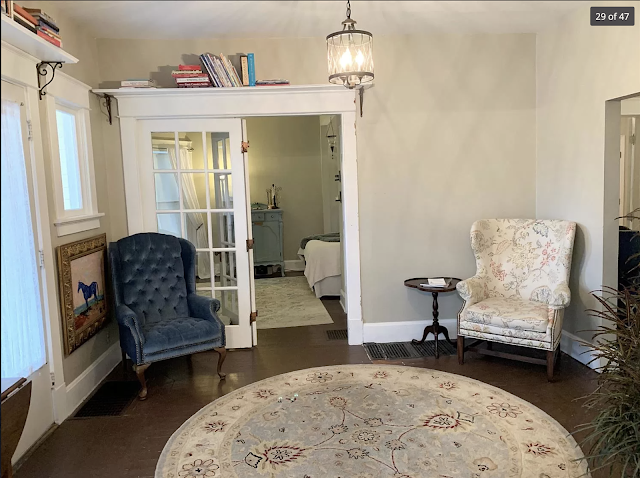 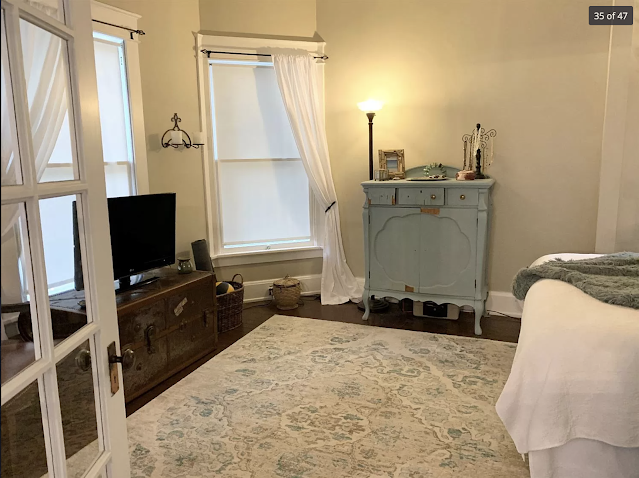 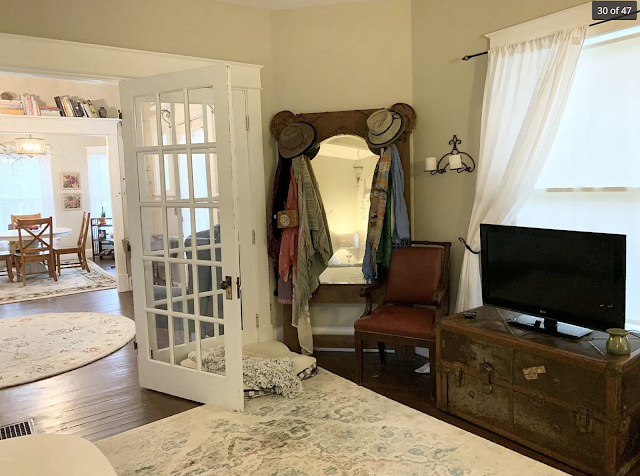 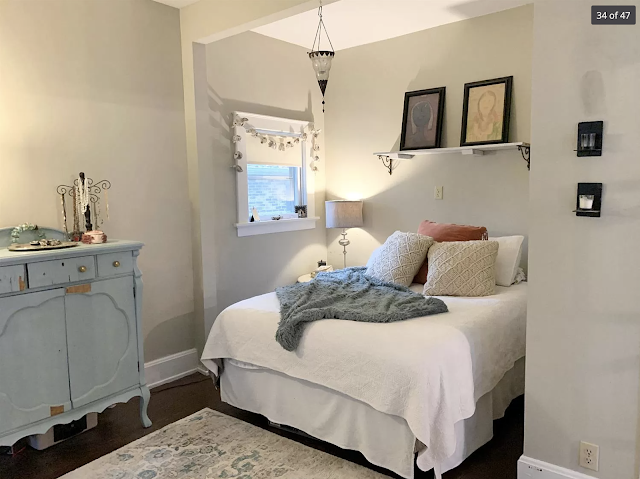 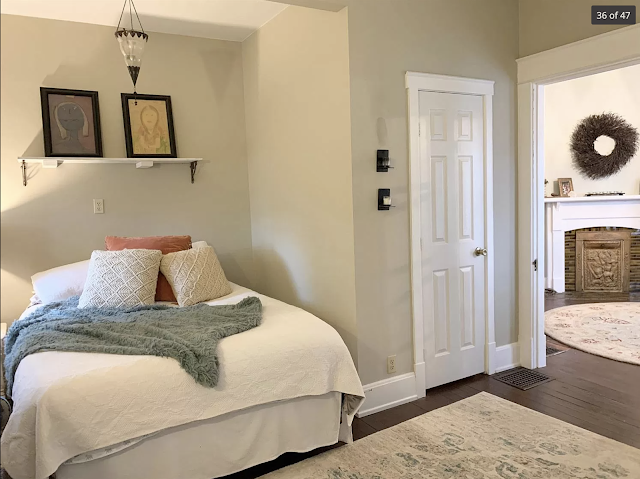 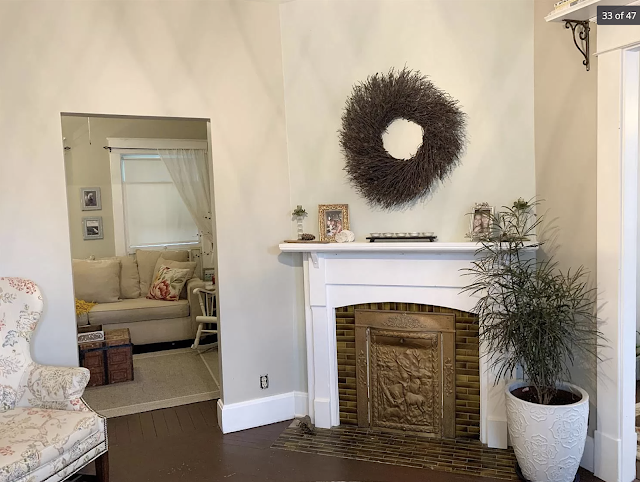 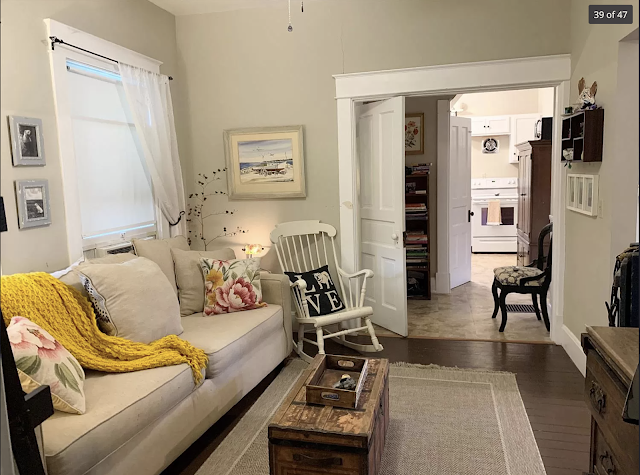 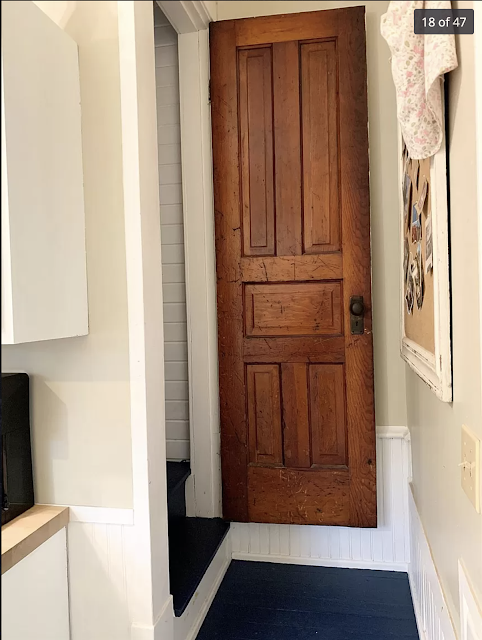 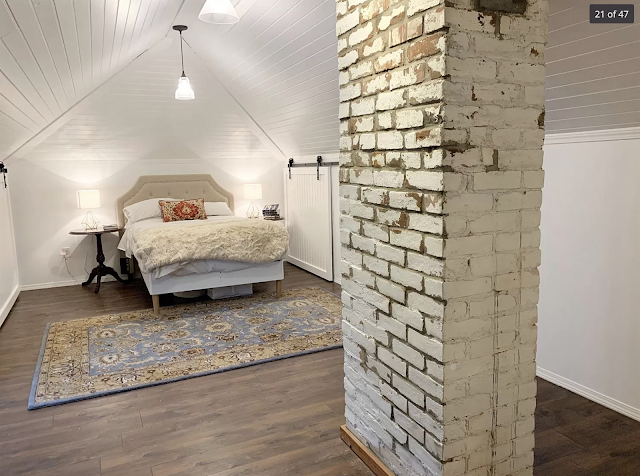 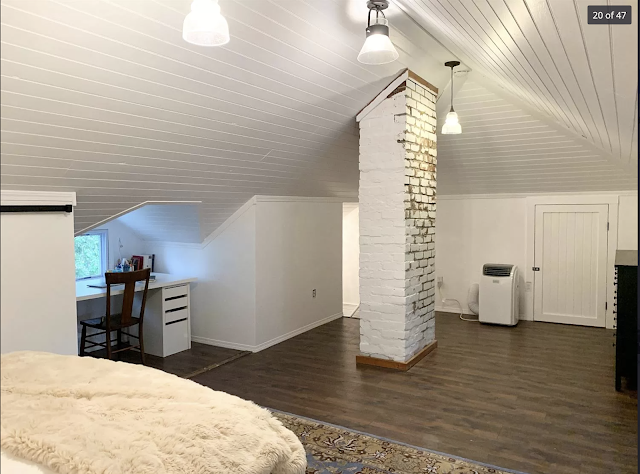 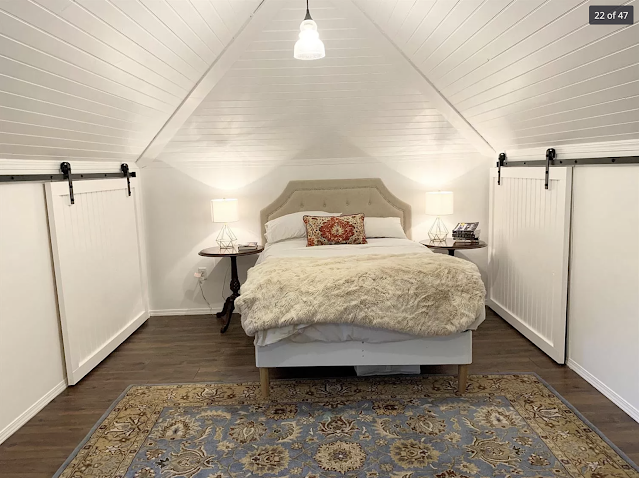 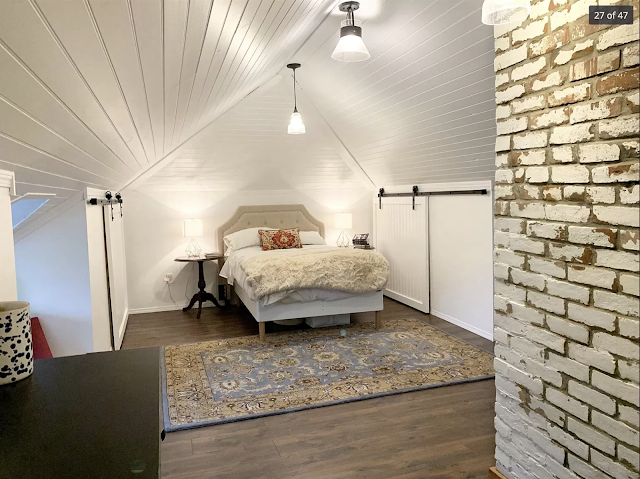 I have no information to document this house as a Harris Brothers model N° 117, but it seems to fit the bill, and I think someone is going to be a very fortunate buyer. Maybe they will run across this blog post (as happens sometimes, when I post about a house that has been for sale), and learn something special about their beautiful new home, at 319 S High Street, Rising Sun, Indiana.
Posted by SearsHouseSeeker at Sunday, October 18, 2020