Eagle-eye researcher Andrew Mutch has done it again: He spotted what we believe to be a Sears Ivanhoe / Sears No. 200 model, in Sayre, Pennsylvania.

The Sears Ivanhoe is an early model -- one of the big, stately models offered early on by Sears. It came with an additional variation, the No. 200, which shared the same floor plan, but had a big front porch across the front of the house. We believe the house in Sayre to be one of the No. 200 models, though without the big front porch.

The Ivanhoe model was a large, two-story house with side gables, and two wide dormers jutting out from the roof. It included a two-story porch on the side, with a full roof over that area. The No. 200 is the same floor plan, but does not offer the side porch area. Here is the Ivanhoe in the 1916 catalog:
The full page of the catalog, shows the No. 200 variation down in the corner, but points out that the floor plan (other than the side porches), is the same for both variations:
We have been fortunate enough to find thirteen of these models across the United States, to date. Two of those (including this one) are of the No. 200 variation.

In late 2016, researcher Cindy Catanzaro showcased a beautiful Sears Ivanhoe in Batavia, Ohio, that differs just a bit from the main variation of the Ivanhoe, because, instead of having a two-story side porch with roof, if has a one-story side porch on each side of the house:
Cindy's blog post about this house offers wonderful views of the interior, comparing many elements to those found in the Sears catalogs.

I used elements of the Batavia, Ohio house, and the Normal, Illinois house, to analyze a bit of the interior of the house that Andrew found in Sayre, Pennsylvania.  Here are just a few comparisons, that we used to help identify this house (note that it is not "documented", as we do not have authenticating paper work, or shipping labels, or stamped lumber).

First, a comparison of the right side windows and upper side gable, comparing the Sayre, PA house, to the No. 200 in Normal, Illinois:

We're looking at this area of the floor plan of the Ivanhoe: 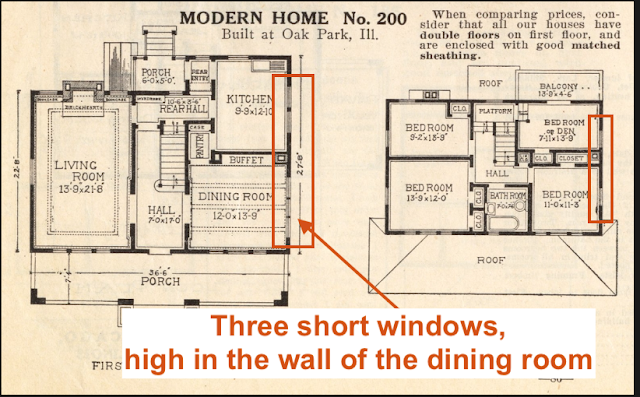 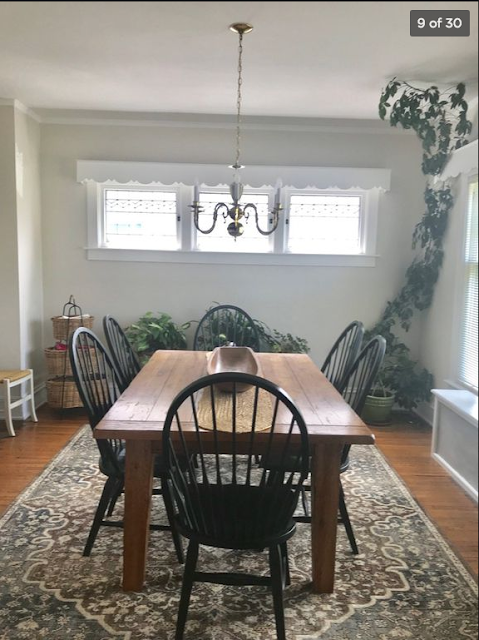 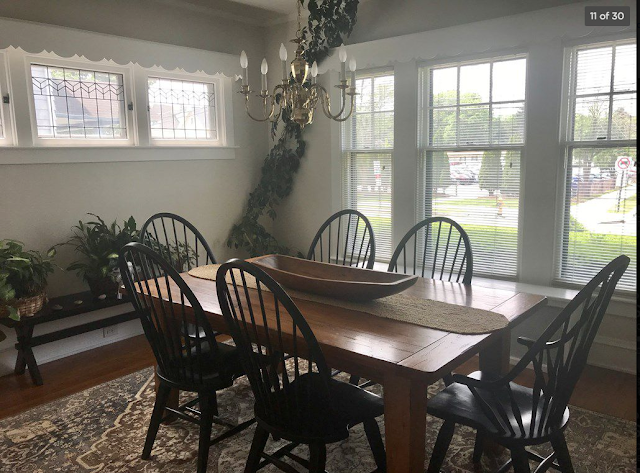 Next, here is a comparison of the staircase area, as you enter the house: 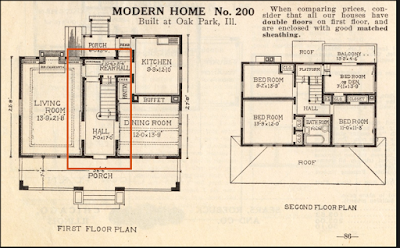 And, finally, here is one of the bedrooms in the Sayre house. This would be the front, left-side bedroom, which has two closet doors, next to the entry door into the room--as well as a gorgeous, huge, triple window on the front wall: 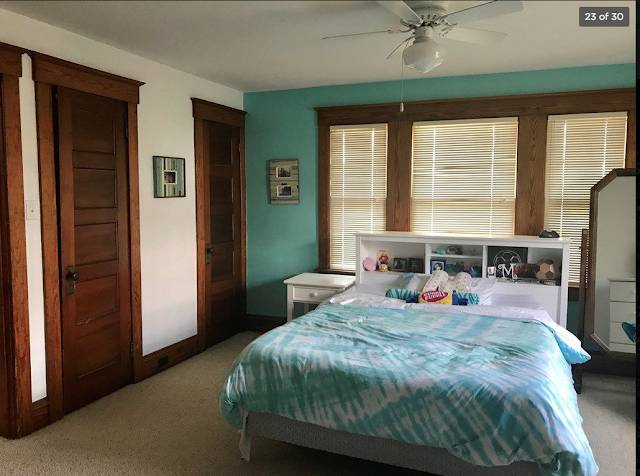 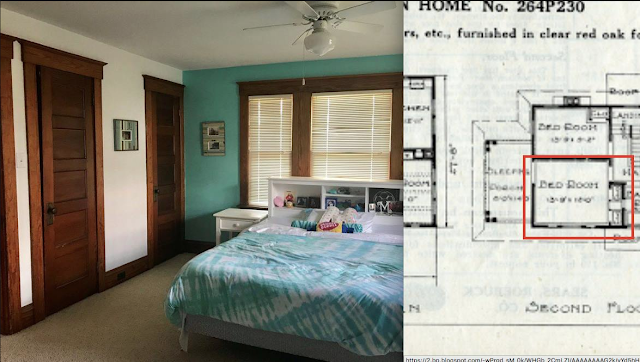 This beautiful home is up for sale right now -- it has been in the MLS listings for just three days. The house is in beautiful condition, with tasteful updates to bathrooms, and natural woodwork throughout. Take a look at it here, on Realtor.com. Enjoy!
Posted by SearsHouseSeeker at Tuesday, June 12, 2018