Webster Groves is a beautiful town in the suburbs of St. Louis, not far from the city of St. Louis.  It's beautiful because it's full of all kinds of homes from the early decades of the 1900s, well taken care of, and of all shapes and sizes.  Everyone's yards are nicely landscaped, there are shade trees and sidewalks everywhere, and hydrangea bushes abound.  This is the kind of place where we look for Sears homes... however, Webster really isn't full of them.  Some lumber company (or companies) got their foot in the door first, so kit homes are not plentiful (nothing like, say, similar towns in Michigan or Pennsylvania or upstate New York, where we find many, many kit homes) -- but, we have found a few.

Here on Lee Avenue, just off of Rock Hill Road, I spotted this wonderful white stucco home that I am sure must be a kit home by the Lewis Homes company: The Ardmore model.  Though there is at least one "lookalike" out there among the plans-only companies' books, this house matches the Ardmore perfectly.  The footprint ( 26' wide X 28' deep) matches the Ardmore's footprint, and, most importantly, the placement and type and size of windows and doors match just right for it to be an Ardmore.  I found a lookalike put out in 1923 by the National Home Builder's Society, called the Pines, and it is a dead ringer on the outside... but windows on the sides are different.  Let's take a look:

And, here is the National Home Builder's Society Pines, next to the Lewis Ardmore:
But, a look at the floor plans shows some substantial differences on each floor, inside.  Of course, our problem is that we can't see the inside from the street.  But, we can see the windows on the left side, thanks to a photo I just took this evening, and that shows that the window distribution on that side is perfect for the Lewis Ardmore, and not right at all, either upstairs or down, for the Pines:

You can see, in the photo above, that the three expected windows are right there, on the Lee Avenue home.  And, in the photo below, the left-side dining room and living room windows are placed just right for the Lewis Ardmore.


Here is an example of a home in Flint, Michigan, that looks to be the lookalike National Home Builder's Society Pines . We're not 100% convinced, however, since the three upper-floor  windows on that side look more correct for the Lewis Ardmore :
The Interior
As it turns out, 441 Lee Avenue was listed for sale in 2016, and that means... interior photos! This first one shows you how perfectly the entry hall, staircase, coat closet, dining room, and living room all match up to where they should be placed for the Lewis Ardmore:

Over the years, a large addition was put on the back corner, allowing the expansion of the kitchen, and the addition of a good-size family room:
Let's just take a look at some more views of the original areas of the house (click on any to enlarge): 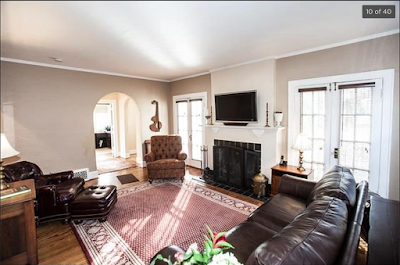 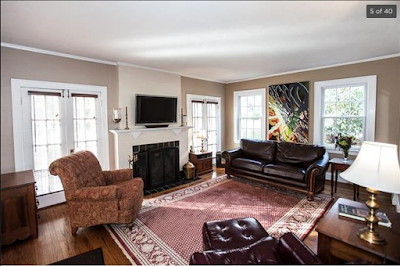 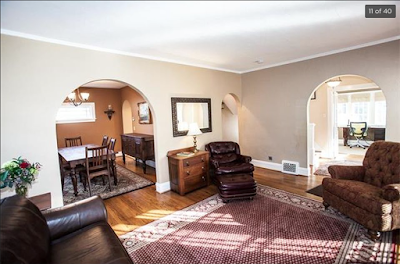 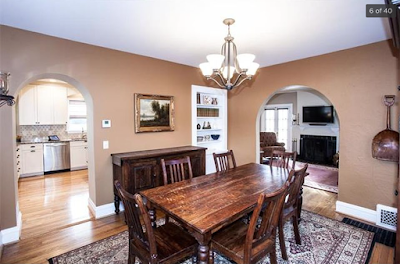 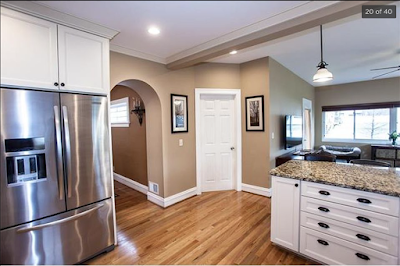 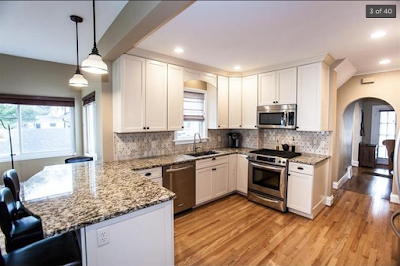 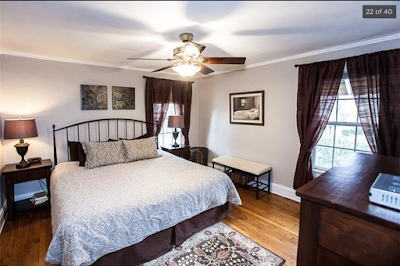 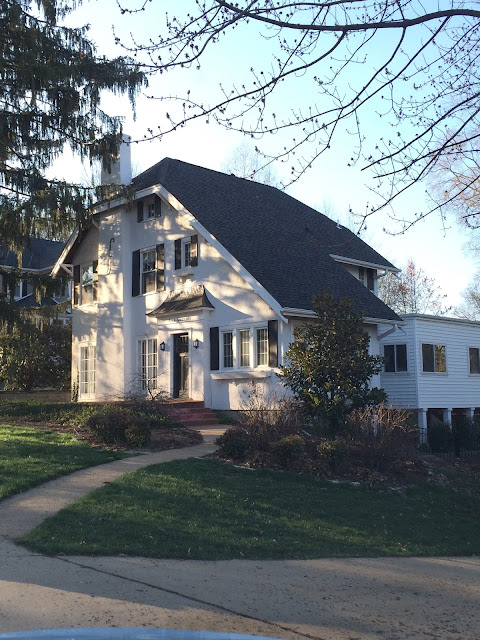 Who Lived Here?
Well, I can tell you who lived here beginning in probably late 1928 or 1929, but not who built the house.  Whoever the original owner was, according to this listing in the May 06, 1928 issue of the St. Louis Post-Dispatch, his job was transferred... and, reluctantly, he was selling his home. The ad notes that the house was built by the owner:
It looks like general-practice attorney Benjamin Wolf bought the house at this point, and moved in with his wife, Hulda, and their children, Catherine and Arnold. Catherine became engaged in 1938, and, by 1940, the Mr. and Mrs. Wolf were renting a modest apartment in nearby Richmond Heights... perhaps hit by the effects of the Great Depression.  Throughout a time in 1944, there were numerous listings of the house up for sale.


Other Kit Homes in Webster Groves
• Authenticated Lewis Homes Marlboro, about a mile from this Lewis Ardmore
• A wonderful Gordon-Van Tine Company's Model No. 535, on Oakwood Avenue
• Sears Stanford  right next door to a Sears Clifton
• Sears Randolph in the same neighborhood as the Clifton and the Stanford
• Sears Lewiston on N. Laclede Station Road
• A custom-design Sears home on Westborough
Posted by SearsHouseSeeker at Saturday, August 12, 2017