This is the first Sears Elsmore that I have ever seen in person, in real life, and it's right here in Saint Louis.


With summer vacation upon us, I decided to go back to the St. Louis County mortgage records, to re-check the 1920s listings for Sears Trustee Walker O. Lewis.  I researched them last year, but remembered, recently, that I had skipped a few years, because I was finding so few hits for Walker O. Lewis. So, I finished looking through the 1924-1929 records, and the very first mortgage that I found that day, led me to this beautiful Sears Elsmore, in Overland, a suburb in the north-western part of St. Louis County.


The Elsmore was first offered in 1913 as a companion model to the beautiful Sears No. 126, and was listed in the catalog as the No. 208.  The No. 126 and the No. 208 shared the same floor plan, with a long living/dining room combo stretching the length of the right side of the house, with the two bedrooms on the left side of the house, though the two models had a very different look to the front elevation.
Beginning in 1916, the Elsmore earned its own spot in the catalog (the No. 126 model was discontinued), listed as the No. 2013.  Beginning 1921, a second floor plan option was made available (No. 3192), and by 1925, that second floor plan became the only one offered for the Elsmore, which was discontinued after 1927 (thanks for the date correction, Cindy Catanzaro!)

The Elsmore at 8804 Olden, in St. Louis, has the original floor plan, with the inset front entry in the center of the porch.  You can see, as well, that the placement of the chimney on the right side of the house, shows that the house has the long living/dining room that spans the depth of the house, with the fireplace in the center.

Let's take a look at the left side of the house, the back side, and a close up of those 5-piece brackets, and typical Sears porch pillars:


The Elsmore at 8804 Olden, was built by Peter M. Jaeger, who, according to the 1930 census, was a foreman in an electric plant in St. Louis.  A listing in an October 1924 St. Louis Post-Dispatch, shows a Peter Jaeger taking out a marriage license to marry Emma Eisele:
However, the 1930 census shows that the Peter M. Jaeger who lived here at this address, was married to a woman named Margaret... and, they had, living with them, two of her children from a previous marriage, along with two other Jaeger children. So, I don't know whether Emma Eisele Jaeger ever lived in this house, or if she was married to a different Peter Jaeger.
And... one last look at this lovely little home: 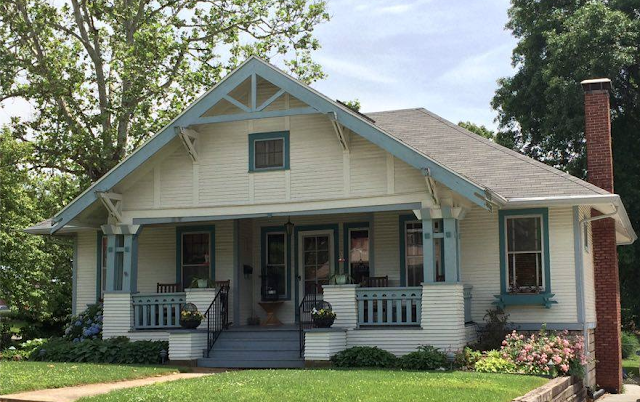 UPDATE!
I just found a 1992 St. Louis Post-Dispatch newspaper article (October 7, page 142, in the "Home" section), written by Darcy O'Neill, called, "Home Sweet Home by Sears", that showcases this wonderful Elsmore. Here is the portion of the article that deals with this house, bit by bit (if you have a Newspapers.com subscription, you can access the article here.) 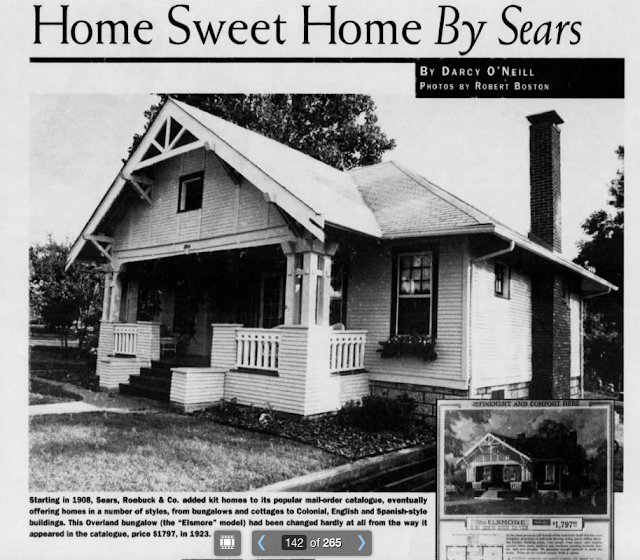 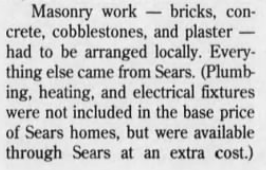 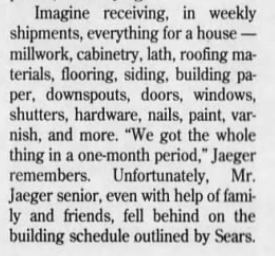 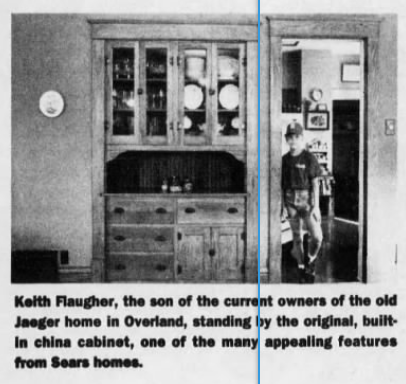