Up until a few months ago, we only had one known example of the Sears Bandon, but we now have three: I just recently found mortgages for two Bandons in Pittsburgh, Pennsylvania.  The Google Maps images of this one, at 700 Bellaire (in the Brookline area of Pittsburgh) were miserable, because of a big tree right in front of the house, but, thanks to fellow researcher, Karen DeJeet, and her good guy, Dan, we have some very nice shots of this one at 700 Bellaire.

The Bandon was only offered from 1920-23, and the price varied greatly. The years closest to WWI saw a great rise in kit house prices, due, no doubt, to the high cost of wood and other building materials. The Bandon's price in its first year, 1920, was $685 more than its lowest price, in 1922, and the years in between saw greatly varied prices, as well.

The Bandon on Bellaire is a reverse plan of the catalog version: 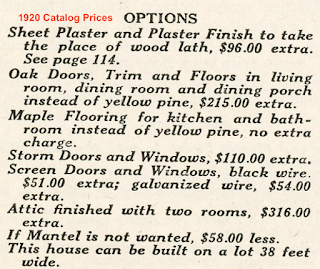 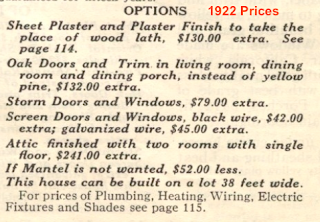 STANDARD FEATURES
The catalog described the standard features of the Bandon:

Here is the Chicago design hardware, as shown in the 1921 catalog:

Merrill R. Naftzger
The buyer of this Bandon at 700 Bellaire, was Merrill Rudolf Naftzger, who took out a $6,100 mortgage through Sears trustee William C. Reed, in 1922. Though Mr. Naftzger was listed as a salesman in the 1930 census, he appears to have been a popular tenor in Pittsburgh in the 1920s, as well, as noted in numerous newspaper listings naming him as a performer at one event or another.
The Naftzgers also opted for a coordinated Sears garage, complete with 5-piece backets, and a clipped front gable.  A good side and back view of the house, thanks to Google maps, also shows a large dormer in the back, presumably for the two finished bedrooms on the attic level.

Sadly, a 1931 newspaper clipping shows that Mr. and Mrs. Naftzger's house was sold in a sheriff's sale that year.

A SECOND BANDON IN PENNSYLVANIA
Another authenticated Bandon can be found at 836 Wall Avenue, in the town of Pitcairn, Pennsylvania, near Pittsburgh, bought in 1921 by Joseph and Persis Cook. Joseph worked as a locomotive engineer, working for the steam railroad, as did one of their sons, Charles, a brakesman for the railroad.
Unfortunately, the Wall Avenue Bandon appears to be covered over in vinyl siding, and the images from Bing Maps are a bit dim and dull, but it's so great to find a Bandon (and an authenticated one, at that), that it's certainly worth a look:

We would love to hear about more Bandons. If you happen to know of one, please feel free to leave a comment, or contact me directly through the "contact me" section of the blog. As always, thanks for reading!

Let's finish off with a look at the interior of the only other Bandon we know of: a house in Pulaski, Illinois, recently for sale, along with a beautiful Sears barn. You can see the Zillow listing here. Click any image to enlarge. 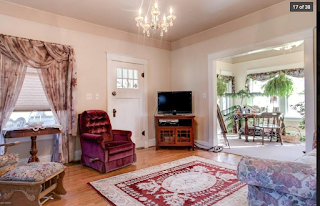 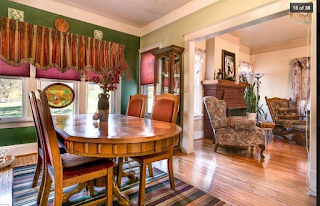 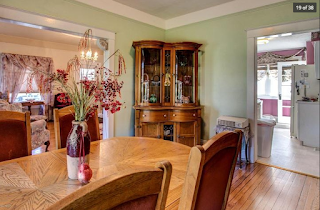 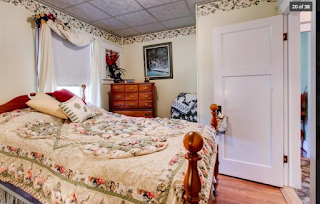 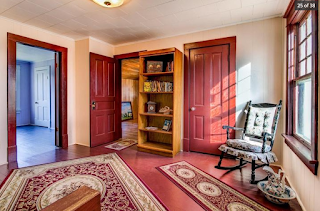 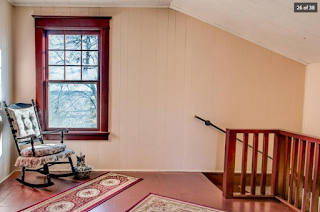 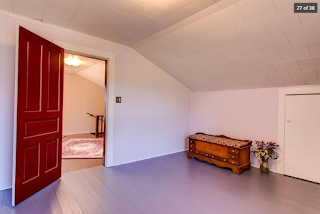 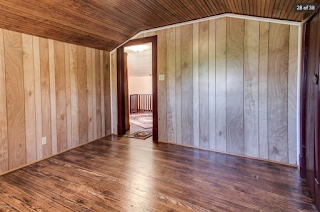 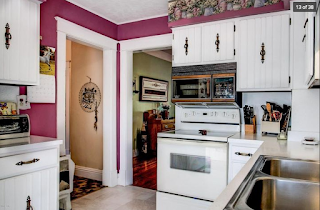 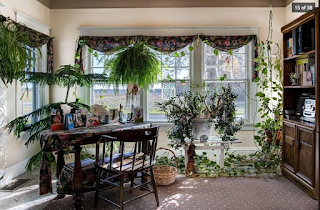 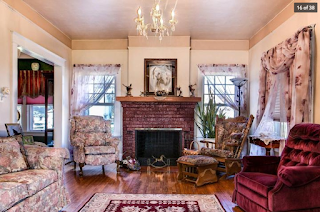 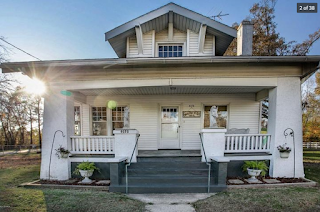 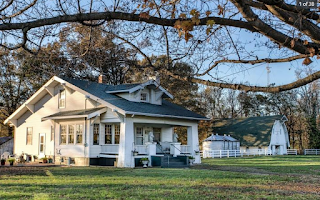 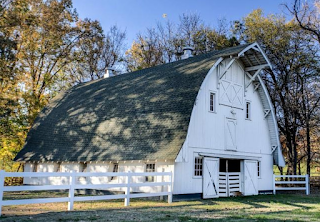 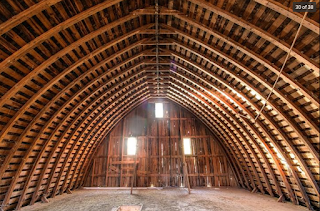 Posted by SearsHouseSeeker at Sunday, May 08, 2016